The Basque Government insists that the money from the European funds is not arriving with the expected agility, which entails the risk that "bureaucracy suffocates small and medium-sized companies. 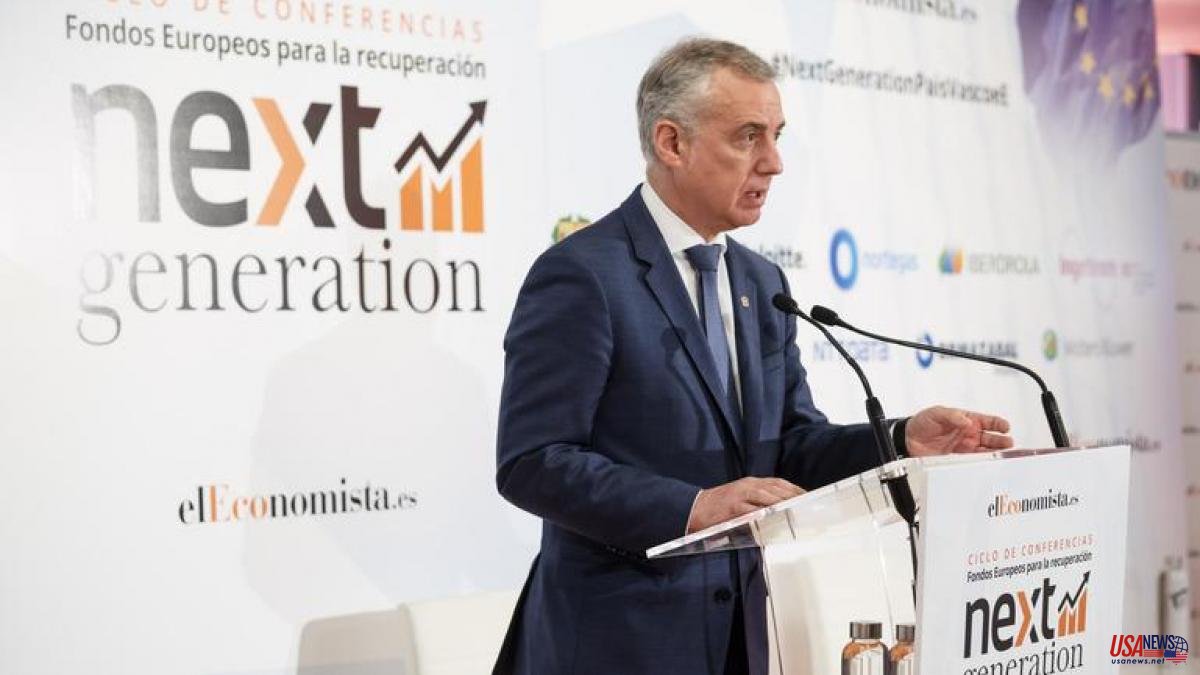 The Basque Government insists that the money from the European funds is not arriving with the expected agility, which entails the risk that "bureaucracy suffocates small and medium-sized companies." This time, the Lehendakari, Iñigo Urkullu, has been the one who has demanded that "resources land in an agile and constant way in the productive fabric of Euskadi".

The leader of the Basque Executive has proposed the participation of the Autonomous Communities in the design of the Addendum to the Spanish Recovery Plan that will be presented to Brussels to opt for the 70,000 million euros of loans from the European Funds. In addition, he has requested that these loans, "in no case", suppose "a decrease" of the Self-government in terms of the borrowing capacity.

The Lehendakari has also highlighted that he is "aware of the difficulties of the moment" and of the need to prioritize a collaborative strategy. For this reason, he has shown his "permanent willingness" to collaborate with the Government of Spain to streamline the Next Funds, from "joint monitoring and control".

After considering that the European Funds "are an opportunity", he has indicated that "the correct approach is essential" to the use of the European Funds of the Recovery and Resilience Mechanism (MRR), the "most relevant and ambitious" instrument to settle "the bases of the progress and prosperity of the EU for future generations".

In his opinion, it is "a forceful and unitary response" after a decade of three concatenated global crises: the financial one, the pandemic one and the one derived from the war in Ukraine.

Likewise, the Lehendakari has made four proposals to channel the arrival of European money. In the first place, he has appealed for "greater agility in the materialization of European Funds", while at the same time he has recognized the impulse given in the last year with the approval of nine PERTE, although the majority "have not yet materialized in summons".

Second, it has proposed a greater participation in the PERTE. As indicated, the announced PERTE adapt "like a glove" to the productive fabric of Euskadi. "We have solvent and solid projects", she has indicated.

The third approach has been that "greater protagonism should be given to the Regions in the implementation of the Funds, through Regional PERTE". "It is evident that the regional governments are the institutions with the greatest knowledge and understanding of the productive fabric, its needs, strengths and areas for improvement", he pointed out.

The Lehendakari recalled that last year the Basque Country proposed the figure of the Regional PERTEs, which means being able to access European Funds through a direct access mechanism, a route that "can be developed and managed by the Autonomous Community itself , and that does not force to disaggregate the aid between different windows".

Finally, the Lehendakari has proposed the participation of the Autonomous Communities in the design of the Addendum to the Spanish Recovery Plan. "This Addendum implies including additional milestones and objectives to the Plan initially approved by Europe. An opportunity is opened to involve the Autonomous Communities in the design of said modification and to be able to include our interventions in the form of reforms and investments, always in the field of our skills," he specified.

Urkullu concluded by stressing that the next two years will be key in facing the medium-term future of the Regions of Europe. "We are facing 24 key months and, at the moment, we do not have information or possibilities to participate in the elaboration of the Addendum", he warned.