Having just completed his tenth anniversary in office, the lehendakari, Iñigo Urkullu, wants to avoid any image of complacency and, facing a horizon marked by successive electoral appointments, get closer to the problems that citizens identify as priorities. 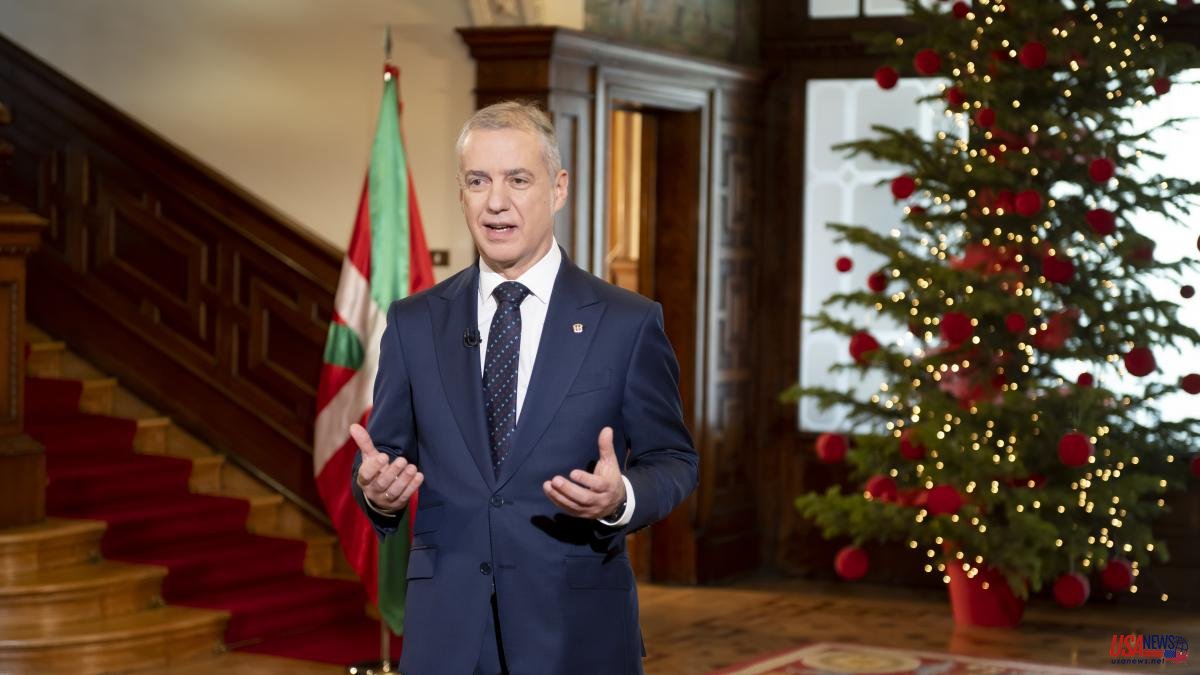 Having just completed his tenth anniversary in office, the lehendakari, Iñigo Urkullu, wants to avoid any image of complacency and, facing a horizon marked by successive electoral appointments, get closer to the problems that citizens identify as priorities. Less than half a year before the municipal and regional elections, and 18 months from the end of his third term, the improvement of Health emerges as a capital issue, although without forgetting the problems related to the labor market and precariousness.

The lehendakari's end-of-year message has been expressive of this willingness to approach the concerns that citizens identify as priorities. It has also been the abandonment of the question of the new status, which he already left out of his speech in the plenary session that inaugurated the political course. The correspondence between what was expressed by Urkullu and the problems that the public indicated as main in the last Sociómetro of the Basque Government is practically complete.

At the same time, the will not to send a self-congratulatory message bordered on the repetitive. Urkullu qualified each demand of his management with an eloquent "it is not enough" and a more ambitious goal in the short term, while he recognized "problems and difficulties" in the health system.

The message is based on a concern about the growing political disaffection and the evidence that some cracks have opened around the jeltzale management of public affairs, the key that has allowed it to grow this decade to reach its highest levels of power and institutional representation.

The Basque Government Sociometer, which reflects the aforementioned citizen concerns, placed Urkullu as the most valued leader, with widespread approval: more than half of the voters of all parties approved his administration. However, in Ajuria Enea they are aware that the opposition has found arguments to feed this maxim that all the groups are trying to agitate in the Basque Parliament and which comes to say that the good management of the PNV is more a myth than a reality.

The crisis in Osakidetza, the Basque Health Service, would be the eloquent example and, therefore, the priority to tackle by the Urkullu Cabinet, which insists that the Basque Country is the community that invests the most per inhabitant in Health.

Likewise, in Ajuria Enea the widespread political disaffection in a society that in the last 15 years has barely been able to recover from the successive global crises is also worrying. Although Urkullu revalidated the position in July 2020 with a clear electoral victory (100,000 votes and 10 parliamentarians difference over EH Bildu), in those elections, marked by the pandemic, demobilization was the other big headline: only 52.8 % of the census went to the polls.

The PNV, in addition, presented two weeks ago the conclusions of a listening process within the militancy, although also attending to society and experts, in which it warned that a part of society sees the jeltzales as far from reality, while perceiving “a certain image of cronyism”.

Lehendakari Urkullu, therefore, arrives at the key moment of the legislature assuming that the success of his party in the short term does not depend on feeding the image of a Basque oasis free of problems, but rather on matching the demand for his management with self-criticism and especially for the purpose of amendment.

In his Christmas speech, the Lehendakari mentioned five priorities: quality employment, ecological transition, innovation, commitment to youth and Health. However, he devoted special attention to the question of employment and, especially, to the improvement of the Basque Health Service.

“The pandemic, which we continue to suffer, has put health and socio-health care at the center. It has stressed all the health systems in the world, including ours. Nobody was prepared for it. I recognize the problems and difficulties. Our determination is to continue improving a health system of which we have always felt proud”, he pointed out.

He also dedicated a good part of his speech to trying to weave an optimistic discourse about the future -another of his efforts to combat disaffection-, although without ignoring that self-criticism: “I humbly acknowledge that we have room for improvement. We don't always get it right."

The lehendakari, on the other hand, ignored the question of the new self-government status, which, given a horizon marked by municipal and regional elections, general elections and the Basque Parliament, seems buried for the remainder of the legislature.

With 18 months remaining in his third term, it is not clear if the lehendakari is also facing the end of his political career. It is possible and even probable. What is clear is that the Urkullu that will be seen in the next year and a half will barely stray from that script shown in the year-end speech. Public management, with special attention to Health and Education, and the quality of employment will be the areas to prioritize. And complacency, the enemy to avoid.