Unzué: "It wouldn't cost much to have a charity match a year"

"People responded in a spectacular way. 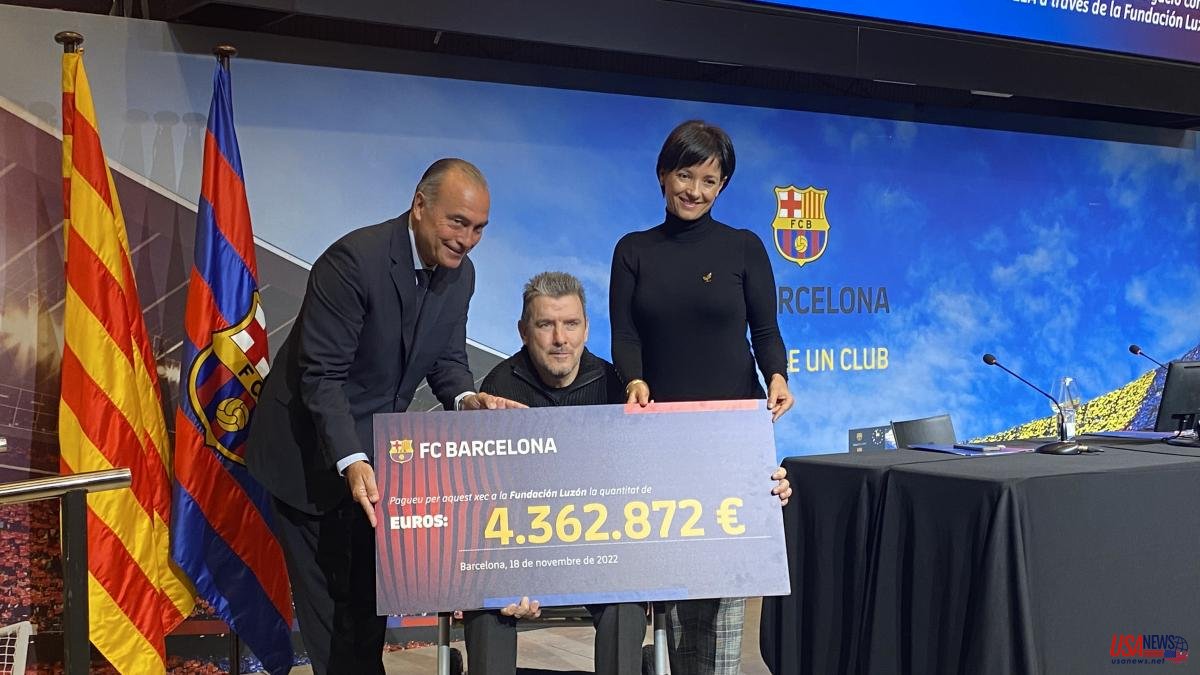 "People responded in a spectacular way. I had a hard time sleeping that night. I was levitating." Word of Juan Carlos Unzué who, three months later, is still very much aware of what happened at the Camp Nou on August 24 when Barcelona and Manchester City signed a historic night of solidarity with a draw with six goals against ELA (3-3 ). The message from the exporter and coach who contracted this disease in 2019 and who has become the leader of the 4,000 ALS patients in Spain had gone deep and 91,062 people filled the Camp Nou. It was for many months the highest entry of the season in the blaugrana fiefdom. It was worth it. The amount collected amounts to 4,362,872 euros for the benefit of the investigation against ALS

10 percent will go to the Luzón Foundation. 40 percent will go to Tricals, a European platform that brings together researchers, pharmacists and doctors. The rest will go towards grants to encourage the best researchers to find a cure for ALS. "We understand that if there are scholarships there will be more options for investigation," said Unzué. "These scholarships will bear the name of Unzué and Luzón," added María José Arregui Galán, executive president of the Fundació Luzón. "You are our captain. We count on you for many years," she added, visibly moved.

When Barça-City was played, the season had already started, the transfer market was still open, Xavi still had to complete his squad and Guardiola was lubricating his pieces by putting together the best possible machinery. But next to this incurable disease, all football circumstances were diluted. "They gave us a lesson in life. Unzué always has a smile. And we will never be able to thank you for that, but we can transmit it. We must continue doing actions like this," said first vice president Rafael Yuste. "Hopefully we can do more charity games in solidarity. Soccer drives a lot of business but it also draws a lot of people. It wouldn't cost too much to have a charity game every year for causes other than those most in need of resources," added Unzué.

But it's not enough. The former coach did not hesitate to denounce the lack of involvement on the part of the public administration and also of LaLiga and the RFEF. "Only 20% of the money dedicated to ALS research is public. 80% is private. We need more help. It is true that thanks to what we have achieved, they have listened to us and have met with various associations. Now we are visible. But what we need now is for these meetings to be effective," reflected Unzué. "Because this disease does not wait for anyone. Every day colleagues leave us and others are added every day. We ask for speed," he insisted.

On the other hand, the response from LaLiga and the RFEF has not been the same. Juan Carlos Unzué already announced on August 24 that both institutions had a proposal on the table to be able to fill stadiums for solidarity causes. "But we still have no answer. The proposal came to them a long time ago. I already proposed it in the summer of 2020 after making my diagnosis public. They have not sent me an alternative. I think it would not cost that much to play one game a year for a solidary cause," he said. No grudge. With the elegance that characterizes him.