The Debate on the State of the Nation has seen one of the most placid exchanges between the two partners of the Coalition Government. 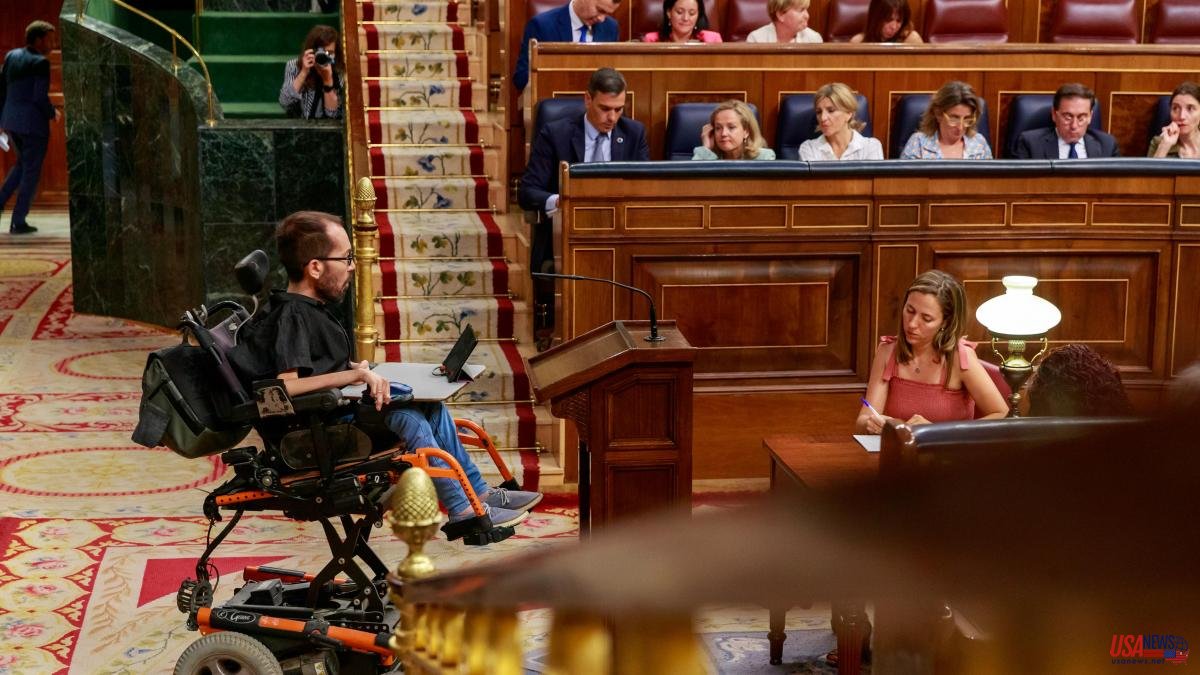 The Debate on the State of the Nation has seen one of the most placid exchanges between the two partners of the Coalition Government. United We Can, through the mouth of Jaume Asens and Pablo Echenique, president and spokesman, respectively, of the confederal parliamentary group, agreed to applaud the "progressive turn" of the measures announced by President Pedro Sánchez, who appreciated the gesture although he resisted admit that his has been "a turn".

“Today there has been a change of progressive script. That is the way, president,” Asens said. "You have been right today," Echenique would add, because "what has happened today increases the chances that we will have a coalition government again in 2023." However, they asked for more.

Asens dedicated his speech to describing what he called a historical "dystopia": what Spain would be like, how the present would have been managed, if the right ruled and a coalition government had not been achieved -in reality, the exercise was closer to what which is known as “uchronía”: a narrative resource to propose a historical alternative to real events—, relating it to political evolution where the new reactionary movements condition political action, affecting political and civil rights.

Echenique, for his part, was very insistent in praising the measures announced by Sánchez but also in recalling some of those agreed in the government agreement that, he stressed, are especially urgent. Specifically, the unblocking of the Housing Law, the repeal of the Gag Law —of which Sánchez did not speak— and, above all, that the announcement of extraordinary taxes on banks and the energy cartel, be completed with the agreed reform comprehensive tax.

The second part of his speech was dedicated by Echenique to warning President Sánchez of any temptation to approach the "PP de Feijóo", which he described as the second main risk for Spanish democracy —the first, which he alluded to profusely, is the state of the informative issue and the leaked audios of the conversations between José Manuel Villarejo and Antonio García Ferreras—because "it is neither moderate nor is it a state party."

He was very prolific in explanations about the behavior of the PP that contradicts its allegedly moderate nature and that of a state party, starting with the blockade of the General Council of the Judiciary, about which he commented to Sánchez: "By the way, we will have to do something to renew the CGPJ before the end of the legislature”.