The confederal group of United We Can has warned this Monday that it will not support the bill of equity, universality and cohesion in access to public health, promoted by Health and that this week it goes to the plenary session of Congress, if in the parliamentary process the path of privatization is not reversed. 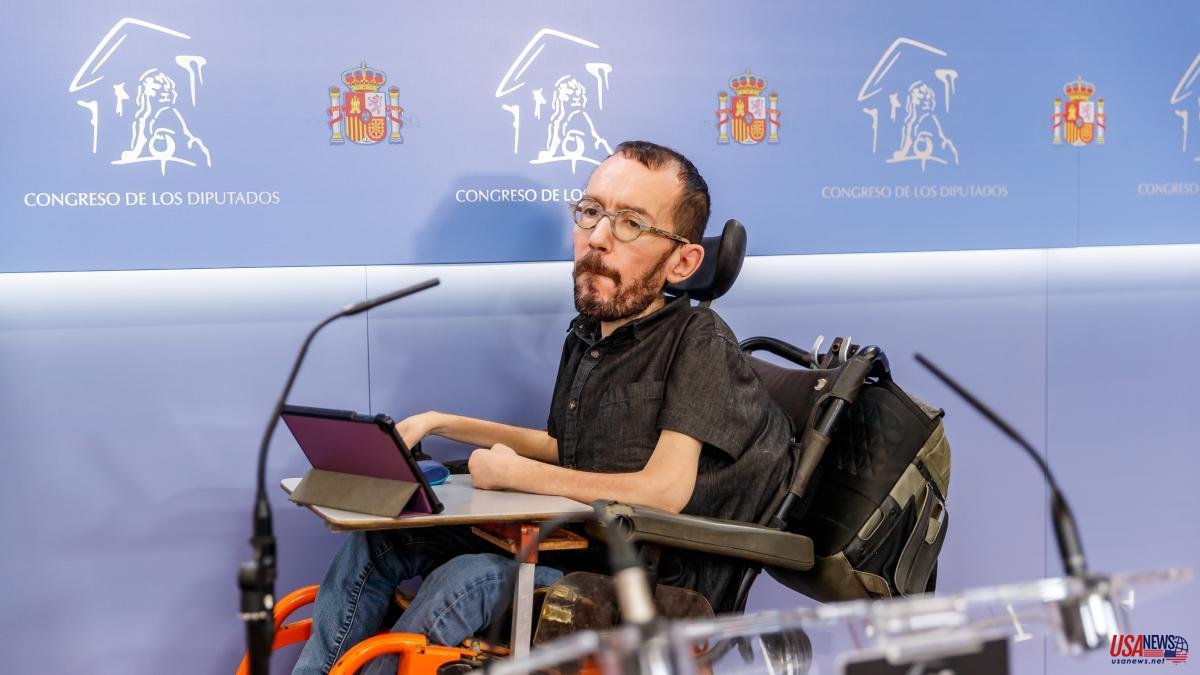 The confederal group of United We Can has warned this Monday that it will not support the bill of equity, universality and cohesion in access to public health, promoted by Health and that this week it goes to the plenary session of Congress, if in the parliamentary process the path of privatization is not reversed.

United We Can, which has submitted six partial amendments to the text, maintains that the bill approved by the Council of Ministers in June partially repeals Law 15/1997 on the privatization of José María Aznar's healthcare since, under the definition of "exceptional "It leaves loopholes for the privatization of health.

The bill, which is debated and voted on this week and to which four amendments have also been presented to the entirety (two from the Plural Group, one from Cs and another from Vox), prevents new co-payments from being established, considers direct management as the priority model for the provision of services and establishes "exceptionality" in public-private partnerships.

It is precisely this last extreme in which the partners of the coalition government do not like. In the amendments presented and sent to the PSOE, the confederal group demands from the Socialists "real and not only rhetorical limits to the privatization of the National Health System" and conditions its vote to the modifications of the text in the parliamentary procedure.

"If we do not have a real guarantee that the path of privatization will be reversed, we cannot support this law", said the spokeswoman for Health of the confederal group of United We Can, Rosa Medel, who has also stressed that Law 15/1997 de Aznar was "a real disaster for public health. The PSOE voted in favor of that regulation in 1997, promising that privatization was not going to advance and the reality has been quite the opposite".

Medel has added that the "deadly silence" of the large private health companies and the PP, especially in the Community of Madrid, confirms that the text as it is written gives the autonomies "the same freedom to continue privatizing that what they have right now."

And he has warned that "if Congress were about to pass a law that would limit the privatization of public health in Spain, the president of Madrid, Isabel Díaz Ayuso, and the executives of the Quirón Group would be in the media criticizing the norm".

In the amendments sent to the PSOE for study, United We Can demands, among other things, that "what is meant by exceptional circumstances" that enable the outsourcing of the public health service to private entities be specified, and it understands that it can only "be done before unforeseen and extraordinary circumstances that require urgent attention, and that cannot be attended by the own services".

In addition, it asks that the duration of these outsourcings be limited to a term not exceeding one year. And he proposes that the reference to the MUFACE, MUFEJU and ISFAS mutual societies be eliminated as they are considered "unnecessary and redundant with Law 9/2017 on Public Sector Contracts".