The initiative of the Government of Sánchez to renew the Constitutional Court has been born on the wrong foot. 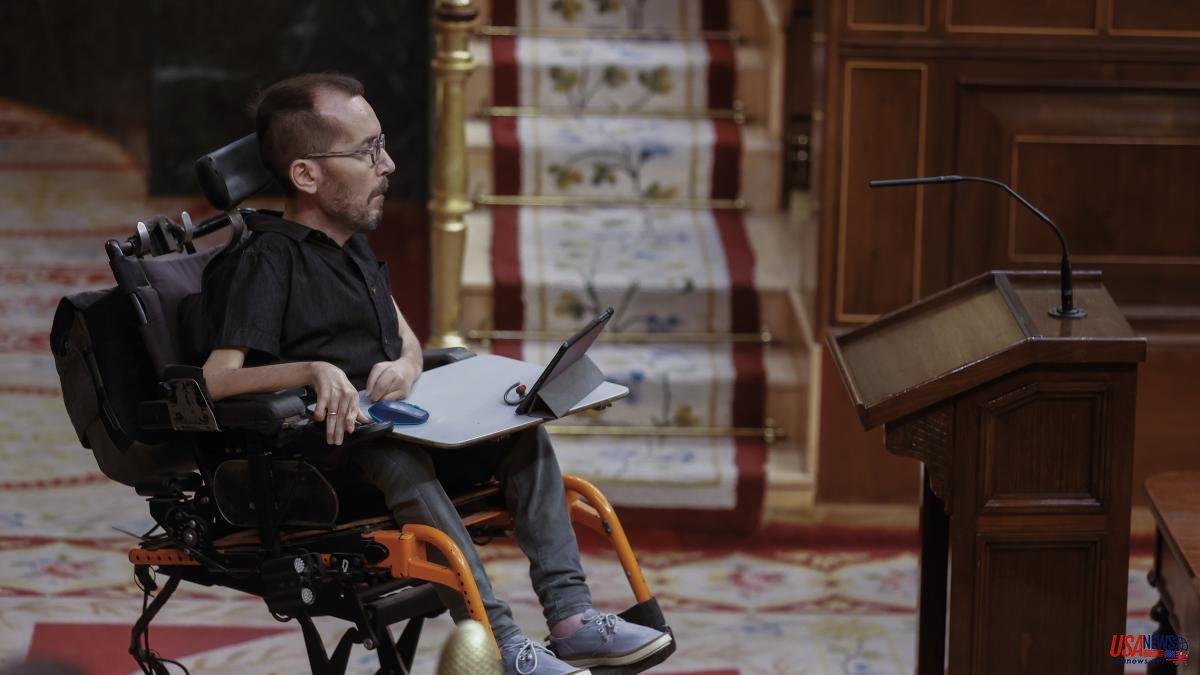 The initiative of the Government of Sánchez to renew the Constitutional Court has been born on the wrong foot. Not only has the PP not liked anything, which is predictable, but he has even been coldly received by United We Can, a partner of the PSOE in the Government. The purples have clearly distanced themselves this Friday from the Socialists' initiative by considering it "not agreed" with the confederal space and being, moreover, incomplete, given that their position is to promote modifications to facilitate the replacement of all constitutional bodies. Despite the bad reception of partners and opposition, Pedro Sánchez himself has defended the reform plan from Brussels with all emphatic.

And it is that the position of the group of United We Can has not been long in coming once the registry has been made public by its coalition partner of this initiative, by way of urgency, and which aims to modify the Law again Body of the Judiciary and empower the General Council of the Judiciary (CGPJ) to appoint the two magistrates that correspond to it to renew the Constitutional Court.

In this sense, United We Can underlines that the initiative comes only from the PSOE and is not agreed with them, while defending that the legal modifications in this field should be more extensive and include the rest of the bodies pending changes, that is to say , the CGPJ itself.

Yesterday, the state co-spokesman for the purple formation, Pablo Fernández, stated that his will is to comply with the constitution and renew the CGPJ, which has been blocked for more than three years, apart from the TC.

United We Can even promote a bill in Congress to enable the option of renewing the CGPJ by absolute majority, in case it is not possible with a consensus of two thirds of the chamber.

But after months of being frozen without its processing being initiated, it assumed the PSOE's lack of support for this approach, which meant its de facto withdrawal, although it was open to negotiating new formulas with the PSOE in order to end that blockade. .

"If that agreement is not reached, we have to propose an alternative to get out of the situation. If it is not this proposal, that alternative be proposed to us, but we do not know of any better one and, if there is, we are open to studying it," he said in April of last year the president of the parliamentary group, Jaume Asens, to warn of the situation of "very serious illegitimacy" that weighed on the governing body of the judges, blaming the PP for said blockade.

The Government promoted the reform of the Organic Law of the Judiciary (LOPJ) approved in March 2021 that prohibited the governing body of judges from making discretionary appointments in the judicial leadership while they are in office, a situation in which it has been since December 2018 .

The Executive of Pedro Sánchez cannot replace the two magistrates of the Constitutional Court and who have just exhausted their mandate on June 12. Although the initiative of the appointment in this case corresponds to La Moncloa, it has as an obstacle that the Judicial Power must previously do it.

The legal solution that the PSOE has found to unclog the situation and allow the Government to appoint new magistrates in the Constitutional Court is to change the CGPJ law again and establish an exception to the reform that it made a little over a year ago only for these appointments.