“Salaries or conflict” is the motto with which CC. 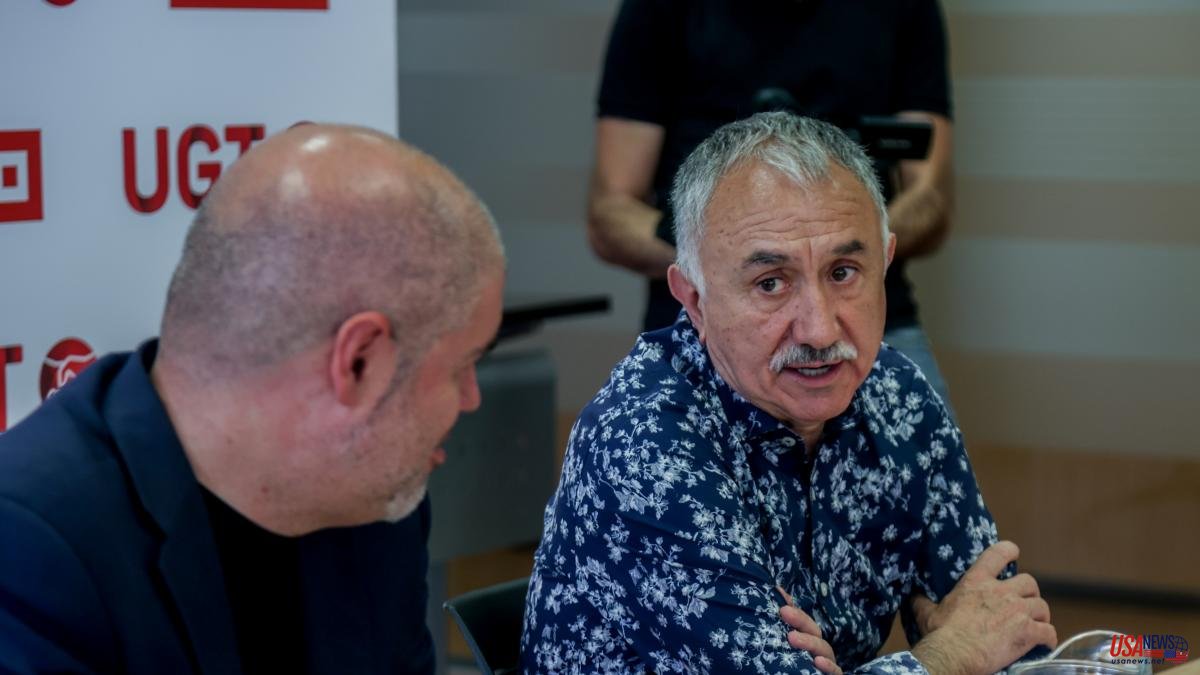 “Salaries or conflict” is the motto with which CC.OO. and UGT have gathered this morning in Madrid 1,500 trade unionists who participate in the blocked negotiation tables to unify the strategy to follow. The message that the two general secretaries of the unions have sent has been clear and in line with the chosen slogan: either the CEOE sits down to negotiate or labor conflict will increase.

The unions accuse the companies of already transferring the increase in costs to the final price of the products and, instead, of refusing to raise wages.

“The unions have come to express to the negotiators that we must maintain firm positions at the tables and that our clear will is to reach a salary agreement, but at this time it is necessary to stress the negotiation”, said Unai Sordo, general secretary of CC.OO. "This is the point that the employers must be aware of, that either we have a calm negotiation, agreed with the union organizations, or we enter into a process of more social conflict," said Pepe Álvarez, general secretary of the UGT.

Since the breakdown of the negotiations to renew the Agreement for Employment and Collective Bargaining (AENC) at the beginning of May, the unions have transferred to each individual table the demands that they already formulated in that frustrated framework agreement, increases of 8% distributed in three years (3.5% in 2022, 2.5% in 2023 and 2% in 2024), also including salary review clauses.

Precisely, these clauses were the element that caused the breakdown of the negotiations, because the position of the CEOE is similar in terms of global increase in the three years, but it is categorically opposed to the incorporation of these clauses that, instead, are fundamental for unions to regain purchasing power.

Precisely, yesterday, data from the OECD showed that Spain is the second European country that is losing the most purchasing power, only behind Greece. Specifically, real wages have fallen by nearly 5% in the last twelve months. The OECD also notes that the proportion of wage agreements with indexation clauses remains moderate, but is increasing, highlighting the importance of an agreement by the social partners to share the burden and avoid spiraling wage prices.

It is these clauses whose inflationary effects are feared by the Bank of Spain, which indicates that the percentage of agreements that include them in 2022 is increasing considerably, until almost reaching almost 30% of the workers in agreements, when they had fallen below the 20% in recent years. However, the percentages are still very far from the 70% of workers covered by this type of clause that existed before the financial crisis of the 1970s. That crisis also put an end to these clauses, which only began to resurface years later, and are now being becoming the workhorse of a frustrated negotiation for the time being.

Faced with the impasse, Unai Sordo has called on the government to intervene with fiscal measures, with minimum rates in corporate taxes that allow the collection of income that would go to people with lower incomes. For his part, Pepe Álvarez, has described the union demands as reasonable, citing as an example the construction agreement where increases of 10% have been signed in three years and with wage review clauses.