For some time now, opinion columns, wherever they come from, share some basic ingredients. 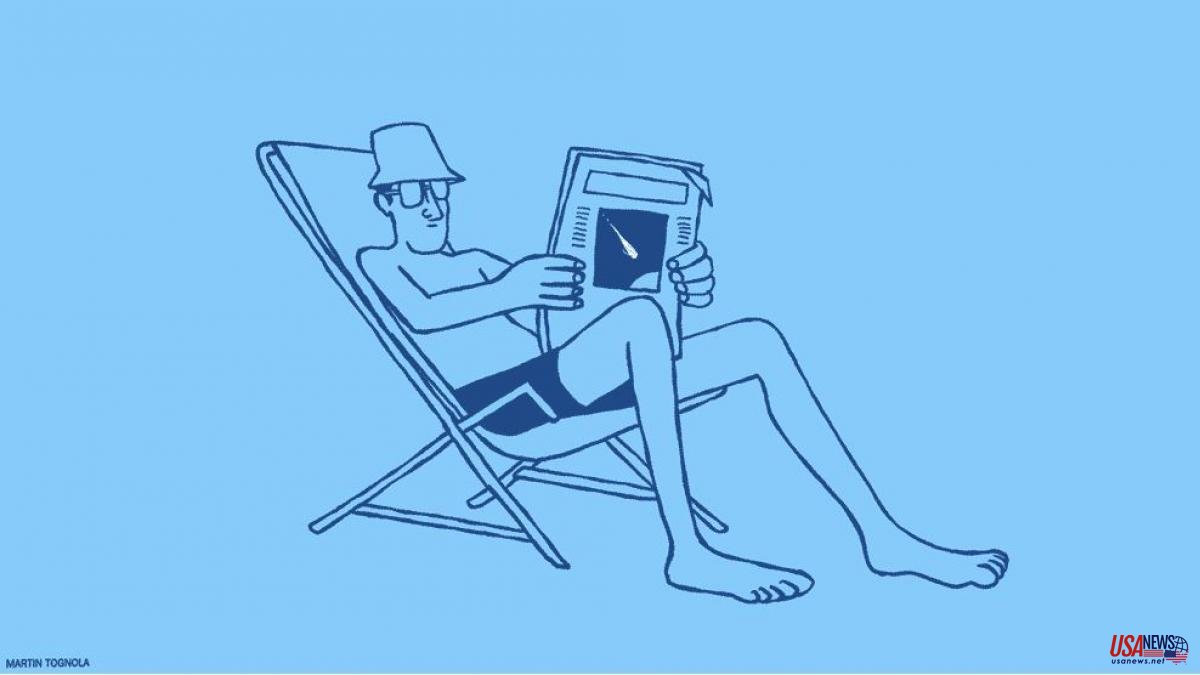 For some time now, opinion columns, wherever they come from, share some basic ingredients. Few are the opinion-makers who do not present their readers with a long but always incomplete list of current misfortunes or those that tomorrow or the day after tomorrow will end not only with us but with our values, our well-being and even with our planet and therefore with the human being, as happened to the dinosaurs.

In addition, not a day goes by without one of the following words being read on the front pages of newspapers: abyss, crack, catastrophe, war, apocalypse, collapse, sewers, inflation, layoffs, strikes, extermination, rearmament, fire, famine, slaughter, drought… and many others like that. Everything indicates that we are close, very close to the end of the movie in which we thought we were the protagonists and, therefore, winners. Suddenly we sense that there is nothing to do. We were late. We could have reacted in time, but we didn't. All our advances go to waste: health, education, pensions, transport, equality, housing... And to make matters worse, the only ones who benefit from such a disastrous panorama are the populists, wherever they come from.

But as the poet T. S. Eliot warned in his day, we do not know how to bear too much reality, so the opinion-makers, already a bit fed up with the footballization of the media, turn to series on platforms such as Netflix or HBO to spice up their alarming comments not always clean of leaks. So much so that it would seem that the years of the pandemic have been spent relentlessly viewing countless episodes that, although colorful, disturbing and entertaining, never lead anywhere except to a dead end into which we have knowingly entered. of what we did. And now we realize that there is no one to take us out of this deplorable present without a happy ending.

The good news, that there is, many of them very hopeful but that do not sell, pale or simply disappear under the weight and abundance of the bad news, which does sell. A world divided between likes and dislikes, without any justification or argument, which is ours, is condemned to an eventual confrontation, especially if one takes into account that it is exposed to all kinds of manipulations and scams. Our culture -literature, philosophy, art, cinema, history...- is unceremoniously trampled on or simply set aside for reasons of gender or identity. Democracy, which is a matter of majorities, is in danger when minorities rule, which is what is happening now.

Everything indicates that this summer is so hot and prone to fires, while in supermarkets prices go up which is outrageous and nobody is satisfied and individual and collective anger increases exponentially, it is, however, only the prelude to a hey autumn The growing uncertainty rides fast on the back of an ancient fear. If a shared solution is not found and soon, the lights of Europe will go out. And they will know what awaits us sheltered from the dreaded darkness that is approaching.

Before, there was always the consolation of faith, whether in the gods, in God the almighty father, the country, an ideology or even a football team. But not even that. Neither that you are culé or meringue to death. Everything hangs by a thread. Chilblains and bedbugs, blackouts, supply cuts, shots are back. The cake is no longer enough for everyone, and that the demographic decline is advancing at full speed.

Still, here we are. We're still here. Not everything is lost. Of course, what was offered has been largely finished. Rightly so: this had to end. And we know it and we knew it. We will have to dust off some of the values ​​of our grandparents that we came to despise for being arrogant when not idiots. Hard times are ahead. As usual. And this is not fake news but the truth. If we want to get out alive, there will be no other than rowing all in the same direction. Towards salvation. Ours, our planet's. Amen.