Unfathomable moment: A U.S. Marine and a curious Afghan boy

Not too long ago, my soon-to be 3-year-old son jumped up and down when he heard the sounds of "ho" or "hey". 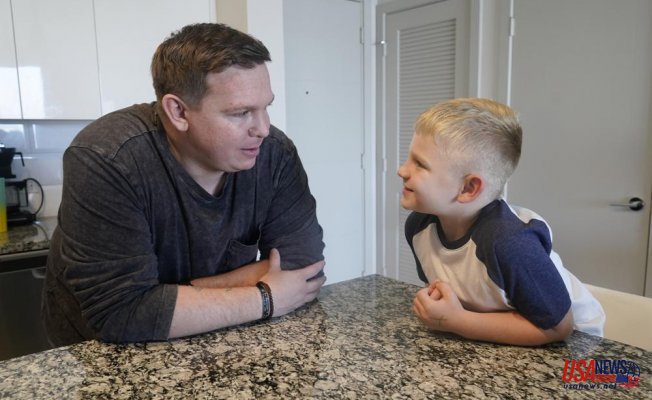 It's a song from The Lumineers, an American folk rock band. The stomp and lyrics echo throughout the kitchen and house. Each verse that ends in a shout is jumped by my son.

"I don’t know where I went wrong. Ho!

He jumps. Then, he jumps.

This story is about a boy who was curious and didn't know his name. It was 2013, over a decade since the 9/11 attacks. I was then a Marine and went back to Afghanistan for the second time.

I was trying to stop a Taliban group that was specialized in creating improvised explosives devices. A video was created during that time. It was amazing.

He is my hero. He is my hero. A minute-long video of a static camera pointed down a narrow path between two walls of mud huts, which is common in small villages surrounded by opium poppy fields, was what I recall. The screen was still static.

The wind blowing from the east kicked up dust like the moon to the west, as I can recall. As the sun rays reflected off the desert floor, the shadow of the tree and the branch that supported it moved along the ground.

I can still remember the boy running in the frame, then out of it, full of life and energy. From left to right.

The curiosity of life can be palpable with little boys such as him, or little boys like mine. So the curious boy without a name slowly returned to the frame. From left to right.

He is Afghan, and, considering the province that we are in, Helmand, he may speak Pashtun. He is between 3 and 5 years of age due to his small stature. He could be 6 years old, which is quite remarkable considering that one in 10 Afghan children dies before turning 5.

His curiosity is a constant source of intrigue. I don't know what he doesn't know. He had stepped on something different than the other hard-packed dirt when he ran into the frame. He wanted to know the reason. I didn't.