Sweden looks into political uncertainty after the legislative elections held yesterday which, as expected, have drawn a tight provisional scenario that could still turn around. 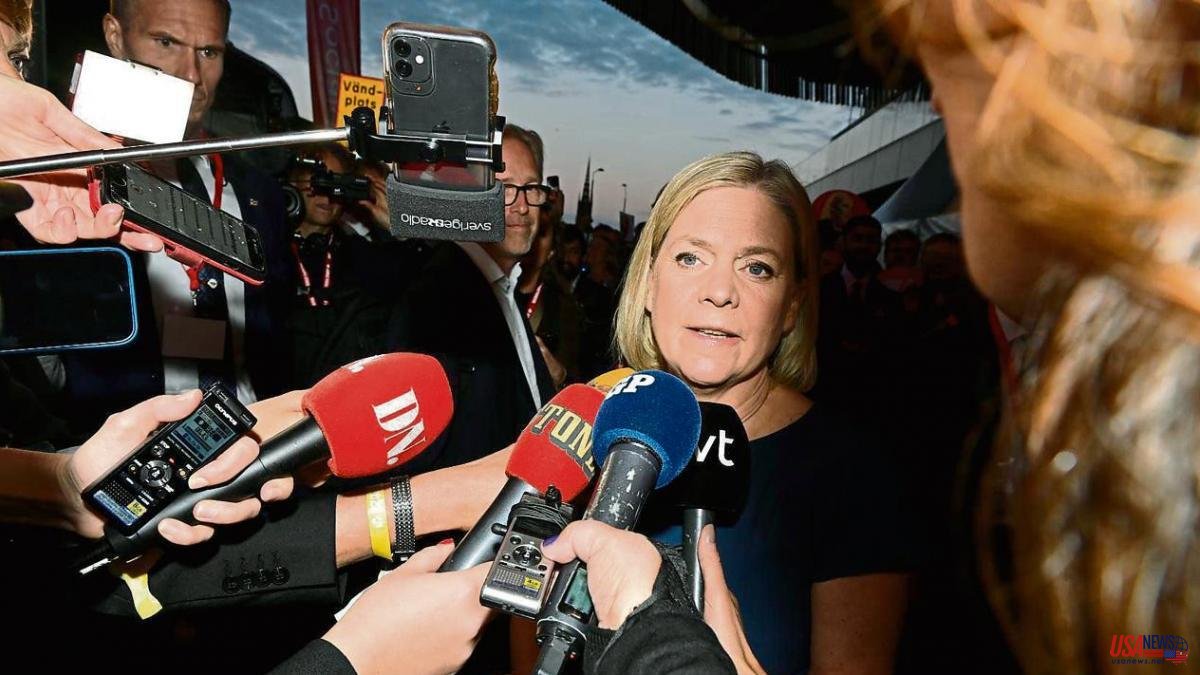 Sweden looks into political uncertainty after the legislative elections held yesterday which, as expected, have drawn a tight provisional scenario that could still turn around. Last night, with 55% of the votes counted, the conservative bloc in the opposition – made up of four parties – added 49.5% of the votes, surpassing by the minimum the center-left quadripartite bloc of the Social Democratic Prime Minister, Magdalena Andersson, who had 49%.

The Scandinavian country of 10.4 million inhabitants went to the polls to elect the 349 seats in the Riksdag (Parliament), in an appointment where local positions were also renewed. According to the Swedish system, the official count, which began last night, continues this Monday.

Projections indicated that the right-wing bloc – made up of the Moderate Party, Christian Democrats, Liberals and the far-right Sweden Democrats (SD) – is on track to win 175 seats, while Andersson's bloc would take 174. The race was on last night very close, just like in the 2018 elections.

In this campaign, for the first time the conservative parties have hinted at their willingness to skip the cordon sanitaire to the extreme right and rely on the SD to return to power. This party of neo-Nazi origin founded in 1988 has been modulating its discourse since Jimmie Åkesson was elected leader in 2005. In 2010 he entered the Riksdag and in the 2018 elections he had 17.5% of the vote.

This time the Sweden Democrats would have obtained 20.7% of the vote, which makes it the second most voted party, behind Andersson's Social Democratic Party, which would have 30.3%.

Magdalena Andersson, 55, the first woman to reach the head of government in Sweden, became prime minister in November 2021, after her predecessor and co-religionist, Stefan Löfven, resigned after losing a motion of no confidence in Parliament and due to other political tensions. Löfven had been prime minister since 2014, and after these eight years in power, the Social Democrats hope to stay. With the electoral slogan Our Sweden can do better, Andersson openly called for “four more years” during the campaign.

After the 2018 elections, Sweden experienced a deadlock scenario, since the difference between the two party groups was only one seat (175-174) and days had to wait for a definitive result. It was the prelude to arduous negotiations to form a government that lasted 134 days, a milestone in Swedish history.

Magdalena Andersson, who enjoys considerable popularity, has competently managed a historic turning point triggered by the Russian invasion of Ukraine: her country's request to join NATO after two centuries of neutrality. Sweden, which will assume the rotating presidency of the EU on January 1, is currently facing some emergencies similar to those of other European countries, related to the Russian aggression against Ukraine: rising inflation and higher energy costs.