Uncertainty grows about the Seat plan despite the Government's promises

The concern and uncertainty about the Seat-VW group's battery and electric car manufacturing project is increasing despite the Government's renewed promises that there will soon be more aid for the sector after the disappointing result of the Perte of the electric and connected vehicle . 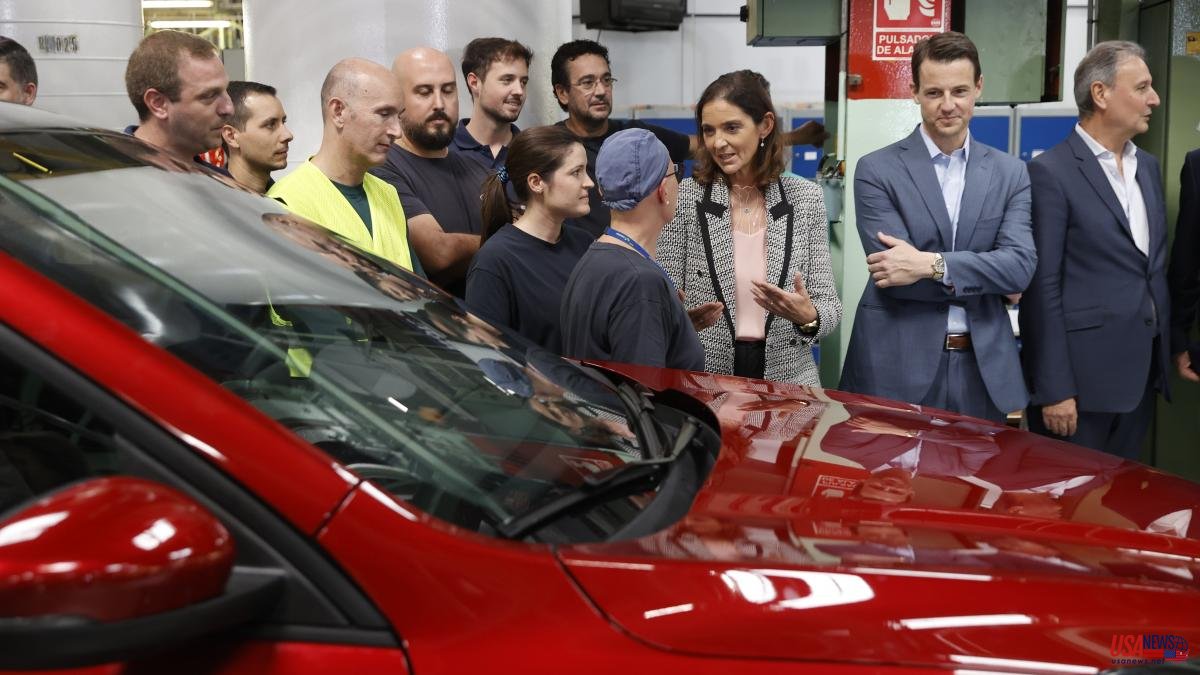 The concern and uncertainty about the Seat-VW group's battery and electric car manufacturing project is increasing despite the Government's renewed promises that there will soon be more aid for the sector after the disappointing result of the Perte of the electric and connected vehicle . The latest data indicates that under this Perte it is planned to grant aid of around 400 million euros to the Seat-VW project. "If these figures are confirmed, it will be very difficult to carry out the investment," admitted sources close to the automobile group.

Some 10,000 million investment is at stake, which includes the electrification of production in Martorell and Navarra and the Sagunt gigafactory. Of these, 7,000 million would be invested by VW-Seat and the other 3,000 million, by the 60 companies that accompany it.

Today the Ministry of Industry is expected to make public the figures on the distribution of the aid and from there the companies will have 10 days to confirm whether or not they maintain their projects. A withdrawal of Seat would imply a resounding failure of the Government because the Perte of the automobile (tractor project for the recovery and transformation of the economy) had been raised as one of the flagships for the use of European funds.

However, the results leave much to be desired: only 877 million will be awarded, 30% of what was expected. Projects have failed and the sector has complained of excessive technical complexity in the presentation. For example, Ford, which had been awarded 106 million in the provisional allocation, renounced the aid arguing that the deadlines are too fair to decide on the electric vehicles that must be manufactured in Almussafes. And the Chinese Envision, which concurred with Acciona to build a battery plant in Extremadura, has seen its request denied, after having requested 500 million.

"There is a credibility problem," sources in the sector highlighted. For its part, the Government tries to avoid a failure of Perte at all costs. This Monday, the President of the Government, Pedro Sánchez, and the Minister of Industry, Reyes Maroto, announced the forthcoming launch of a new Perte call to award the 2,100 million that remain pending. “These are funds that are not going to be lost, they are not going to be returned to Brussels,” Industry sources highlighted.

In a meeting at the Ford Almussafes plant and after meeting with the Valencian president, Ximo Puig, Maroto explained that the Government is working with Brussels to make the terms of European aid more flexible and thus accommodate the investments of manufacturers, such as Ford or Stellantis. According to what he said, it is a question of “accommodating” the times to adapt them to the needs of the automobile industry and for this reason the European Commission will be asked to “make the deadlines more flexible, because longer periods of maturation of projects are needed than those that are now established by the European funds”.

For this reason, he explained that work is being done so that Ford enters the second call for Perte, scheduled for the first quarter of 2023. The second call could also benefit Volkswagen, which could concur with more projects. In any case, he stressed that the final figure that will be known today "far exceeds the provisional resolution that we made." "We are going to reinforce the contributions so that the gigafactory and the set of investments that Volkswagen has committed to the Perte are up to their needs," he said.

The minister assured that in this first call of the Perte "very important resources" will be committed, although she acknowledged that they are "insufficient". For this reason, she pointed out that in the second call "a very important part of the investment" will be accommodated, in addition to adding the regional incentives available to the projects to meet expectations. "The political priority is clear and we will be up to financing it," added Maroto. Jesús Alonso, president and CEO of Ford Iberia, replied that "it is in the will of Ford to attend this second call".

Maroto spoke from Ford-Almussafes, while Pedro Sánchez spoke from the Renault facilities in Valladolid. The President of the Government affirmed that his Executive will do everything possible so that manufacturers invest in Spain.

"The Government will do everything in its power so that manufacturers who want to invest in Spain find the support to make their projects successful, there is no other country where the commitment to the electrification of the sector is more profitable", insisted the president . He added that "accelerating" the transition to the electrified vehicle is a "priority" with the aim of saving jobs and industrial plants, reports Europa Press.

The Ministry of Industry has contacted during the last few hours with the companies in the sector that presented candidate projects to receive aid to inform them if their proposal has been successful, informs Fernando H. Valls. According to government sources, the administrative procedure contemplates this procedure before making the final table known to public opinion.

In these conversations, the Government is transmitting to the automobile companies that the aid that will be announced today is only the beginning and that in just four or five months the bulk of the aid will be granted.