U.N. warns that 150 million people are more hungry in the last two years.

United Nations -- Since 2019, the number of hungry people in the world has increased by approximately 150 million. 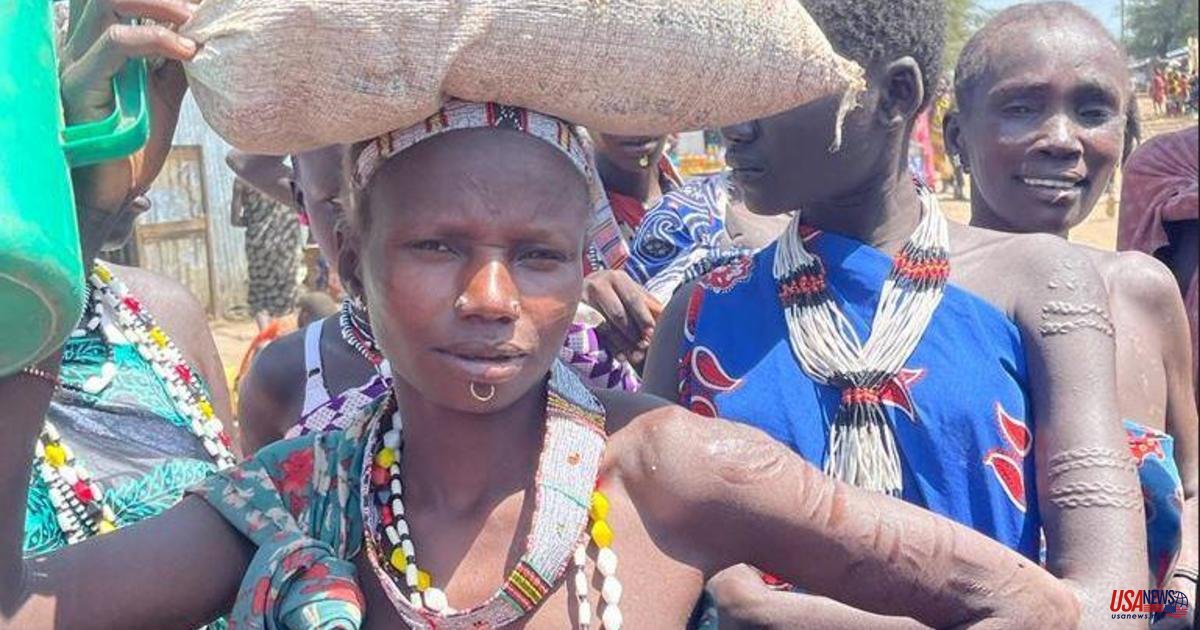 United Nations -- Since 2019, the number of hungry people in the world has increased by approximately 150 million. This is one of the grim assessments in the UN's 2022 report on global food security. It paints a dire picture of a problem that's only getting worse.

The report states that "the global number of people who cannot afford a healthy diet rose from 112 million to nearly 3.1 billion" due to the conflict in Ukraine and other factors "disrupting supply chains, further affecting grain, fertilizer, and energy prices."

Wednesday's report shows that almost a third (23%) of people worldwide are uncertain about what their next meal will be. According to the report, 29.3% (2.3 billion) of the world's population were either severely or moderately food insecure by 2021. 11.7% (9233.7 million) experienced severe food insecurity.

It said that the prices have risen due to the pandemic in Ukraine and the war in Ukraine, and that "at the same, more frequent, severe extreme weather events are disrupting supply chain, particularly in low-income countries."

Prices have soared due to the war in Ukraine and Russia's blockade at four of its major ports on the Black Sea and Azov Seas. Ukraine and Russia produce approximately a third of the wheat, barley and other agricultural products consumed worldwide each year. Russia is also a major exporter of fertilizer components. However, with Ukraine's ports closed and Russia asserting sanctions are preventing it from exporting, very little grain or any other agricultural products are flowing out either way.

According to the 260-page report, 84 million more Asians were facing hunger in 2020 and 2021 than they did in 2019. According to the U.N. agencies, 50 million more people in Africa were affected by hunger during this two-year period. Another 13 million were in Latin America and Caribbean.

According to the World Bank experts, for every 1% increase of food prices, approximately 10 million people are more likely to be in extreme poverty.

"Every year, 11 million people die due to unhealthy diets," said WHO Director-General Tedros Adhanom Ghebreyesus. This will only get worse with rising food prices.

David Beasley, WFP Executive Director, warned that "we must act now to avert the looming disaster." He warned that if the world does not act now, "the result will global destabilization, starvation and mass migration on an unparalleled scale."

According to the U.N. agencies, governments, businesses, and individuals are required to contribute cold cash to solve the problem.

"To prevent the global hunger crisis, everyone must stand up alongside government donors," said the WFP. It also stated that conflict, COVID-19 and the climate crisis are the greatest challenges it faces in its fundraising efforts.

Catherine Russell, UNICEF Executive Director, stated that the scale of the malnutrition crisis is unprecedented and requires a unique response. "With so many children's futures and lives at stake, now is the right time to increase our ambitions for child nutrition. We have no time to waste.