UN singles out China for crimes against humanity in Xinjiang

Minutes before the end of her mandate as UN High Commissioner for Human Rights, Chilean Michelle Bachelet fulfilled her promise and published a long-awaited report on the situation in the Xinjiang region, where she maintains that China may have committed crimes against humanity against Uighurs and other Muslim ethnic minorities. 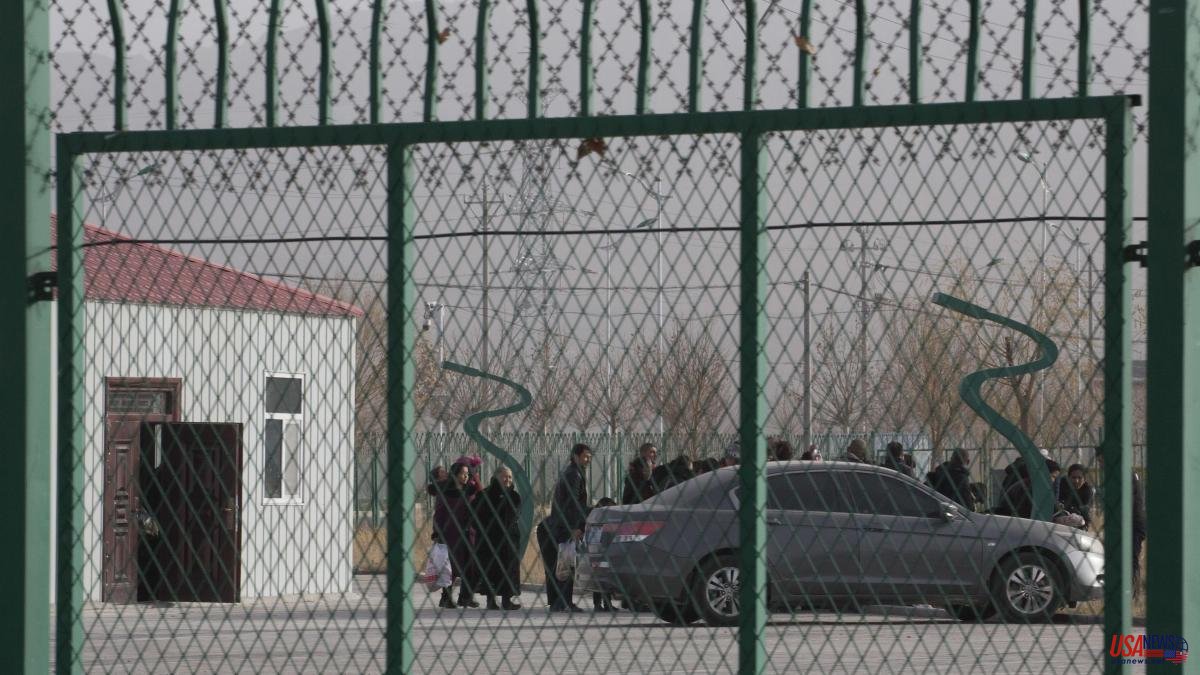 Minutes before the end of her mandate as UN High Commissioner for Human Rights, Chilean Michelle Bachelet fulfilled her promise and published a long-awaited report on the situation in the Xinjiang region, where she maintains that China may have committed crimes against humanity against Uighurs and other Muslim ethnic minorities. Throughout its 45 pages, the document does not mention the word "genocide", a term that has been applied in the past by governments such as the United States or various international organizations. Even so, the body accuses China of committing "serious human rights violations" against these minorities, whom Beijing perceives as a threat to its national security.

The text, the result of an independent investigation, maintains that the authorities used their vague anti-terrorist legislation to carry out a campaign of "large-scale deprivation of liberty" of these groups, at least between 2017 and 2019. Reasons for ending up locked up could be as strange as wearing a veil or a long beard, quitting drinking alcohol or smoking, or installing messaging applications such as WhatsApp on the mobile. "The legal texts seem to combine issues of personal choice linked to religious practices with extremism, and extremism with the phenomenon of terrorism," they point out.

The UN investigators rely on interviews with 40 people from the Uyghur, Kazakh and Kyrgyz ethnic groups. His account contains credible allegations of torture, which in some cases included forced medical treatment, beatings with electric batons, rape, sleep deprivation, or "the forced application of family planning and birth control programs." Repressive policies also include the separation of families and the interruption of contacts with other people.

The investigation does not offer concrete figures on the number of individuals who have passed through detention camps, the existence of which Beijing initially denied before calling them "vocational education and training centers". According to past estimates, up to a million people could have been hospitalized for periods ranging from two to 18 months. For its part, China maintains that these centers are already closed and their inmates “graduated”, something without independently corroborating.

As a climax, Bachelet's office asks Beijing to release people arbitrarily detained in the region, to clarify the whereabouts of those who are wanted by their relatives, review anti-terrorist legislation and investigate cases of destruction of Muslim mosques and cemeteries.

After months of delays, the document was published when there were eleven minutes left before Bachelet's last official day as High Commissioner for Human Rights ended in Geneva. The Chilean recognized last week that during all this time it has received strong pressure both from those in favor of publishing the report as soon as possible and from those who wanted to bury it in a drawer forever, with China in the lead.

In May, Bachelet made a controversial trip to Xinjiang to see first-hand the situation of the Uyghurs. That expedition was highly criticized by civil society organizations, who considered that it had been too complacent with Beijing and had not taken the opportunity to forcefully denounce the abuses against the Uyghurs and other discriminated groups. Weeks later, the Chilean announced that she did not aspire to a second term in office.

On this occasion, these same actors were satisfied with the publication of the report. “Despite strong denials from the Chinese government, the UN has officially recognized that horrible crimes are taking place,” Omer Kanat, executive director of the Uyghur Human Rights Project, said after its publication. The document "exposes the scale and severity of the human rights abuses that occur in Xinjiang," said Agnès Callamard, secretary general of Amnesty International.

Quite different was the reaction of Beijing. From Geneva, the Chinese mission to the UN criticized a report that it considers "based on disinformation and lies fabricated by anti-Chinese forces." In his opinion, the document "distorts" its laws and policies, slanders "for no reason", interferes in its internal affairs and ignores "the human rights achievements made by people of all ethnicities in Xinjiang and the devastating damage caused by terrorism." and extremism."