Ukraine speeds up its attack to get ahead of the cold

The verve with which the Ukrainian troops are leading their already prolonged counterattack is boosted, according to various specialists, by the morale that has given successive victories over the invader, the weapons and intelligence provided by the West, and by something that has to do with environmental conditions: winter is coming. 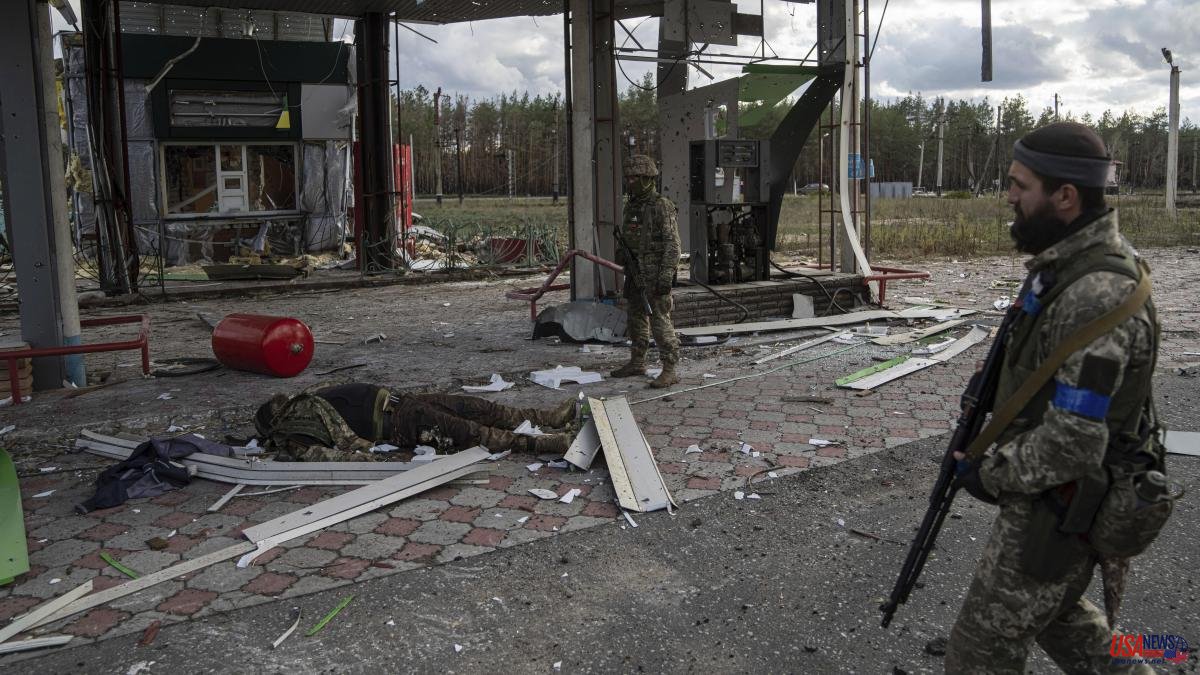 The verve with which the Ukrainian troops are leading their already prolonged counterattack is boosted, according to various specialists, by the morale that has given successive victories over the invader, the weapons and intelligence provided by the West, and by something that has to do with environmental conditions: winter is coming. Snow and low temperatures are a clear conditioning factor in combat.

The Ukrainians are advancing in areas supposedly consolidated by the Russians since the beginning of the invasion, but they are aware that the winter conditions will end up making certain maneuvers difficult. The usual thing in Ukraine is that the first snows, and with it the numbing mud, arrive this month. They are not of the intensity of those that will arrive in the middle of winter, but they serve as a warning.

“The cold makes mobility very difficult and supposes a logistical complication”, explains the retired infantry colonel, Rafael Crespo, a great connoisseur of both countries in contention. “In Ukraine, it is said that there are no roads in the country; there are only addresses”, adds the soldier, author of books such as The Ukrainian keys or The warm side of the cold war. He refers with his apostille to the low level of the country's road network directed by Volodomir Zelenski, in which not everything is asphalt.

There are scholars of the human body who even point out that the level of concentration at temperatures below zero is reduced by 15% or more, as Colonel Crespo recalls.

With winter, its cold, mud and snow, the logistics lines become very complicated. Not only because of the difficulty of mobility, but also because of the added fact that certain effects become more voluminous, such as fuel reserves for heaters (including that necessary to keep certain vehicles ready for operation) or supplies such as clothing coat for extreme cold. The materials must be adapted to the weather conditions.

All this effort, moreover, has, if possible, higher economic costs than those involved in maintaining the units on the battlefront in summer conditions, especially with regard to fuel and spare parts of all kinds. The wear of materials in winter is usually much greater, although items such as those related to food – diets are usually adapted to the cold – medicines or weapons may remain less altered.

Ukraine's logistics line is much shorter than Russia's and, in addition, it has managed to get supplies from Western countries practically on the front line. This situation gives them a certain advantage on the ground in this aspect, which, however, the cold can complicate.

Regarding the Russian supply chain, its length is much greater and, in addition, the Kremlin forces are losing in recent days communication and railway nodes of great importance for their support, such as those in the city of Limán.

“It is quite possible that Russia will try to carry out a sufficient accumulation of materials that will bring them a more stable situation. The accumulation of force corresponds to the classic doctrine of the former Soviet Union”, comments the colonel.

Within this stockpile of weapons and men that Russia is likely to want to undertake, is the arrival of the contingent of reservists that Russian President Vladimir Putin ordered to recruit. “It will be necessary to see really the impact that this reinforcement has. It is not yet known if they are going to be incorporated into existing units or some newly created ones,” says Professor Luis V. Pérez Gil, from the University of La Laguna, an expert in conflict theory.

This arrival of Russian reinforcement troops, even if they are not professional, is one more incentive for the Ukrainian units to hurry as much as they can to gain ground before the front can freeze with the arrival of general winter.

“I don't think the cold will completely stop the fighting. Both sides are very used to low temperatures”, says Colonel Crespo. Professor Pérez Gil adds a few more nuances: “The mud works somewhat more in favor of the Russians than of the Ukrainians due to the type of chain on their armored vehicles, which is wider and advances better in such circumstances. Also, the Russians have very well-trained arctic units.”

Reliable predictions of what will happen on the Ukrainian scene in the coming months cannot be made because "there is very little reliable information available and a lot of propaganda," says the infantry colonel. "I'm afraid that part of the winter is dedicated to preparing for spring, but I don't know in what situation," adds Crespo. "The problem is that both sides are Slavs and they don't usually back down," he concludes.

Professor Pérez Gil goes further and is convinced that the war will not end until 2024.