Ukraine's LGBTQ+ community fights to freedom at the frontline

Kyiv Pride was never intended to be held outside Ukraine's capital. 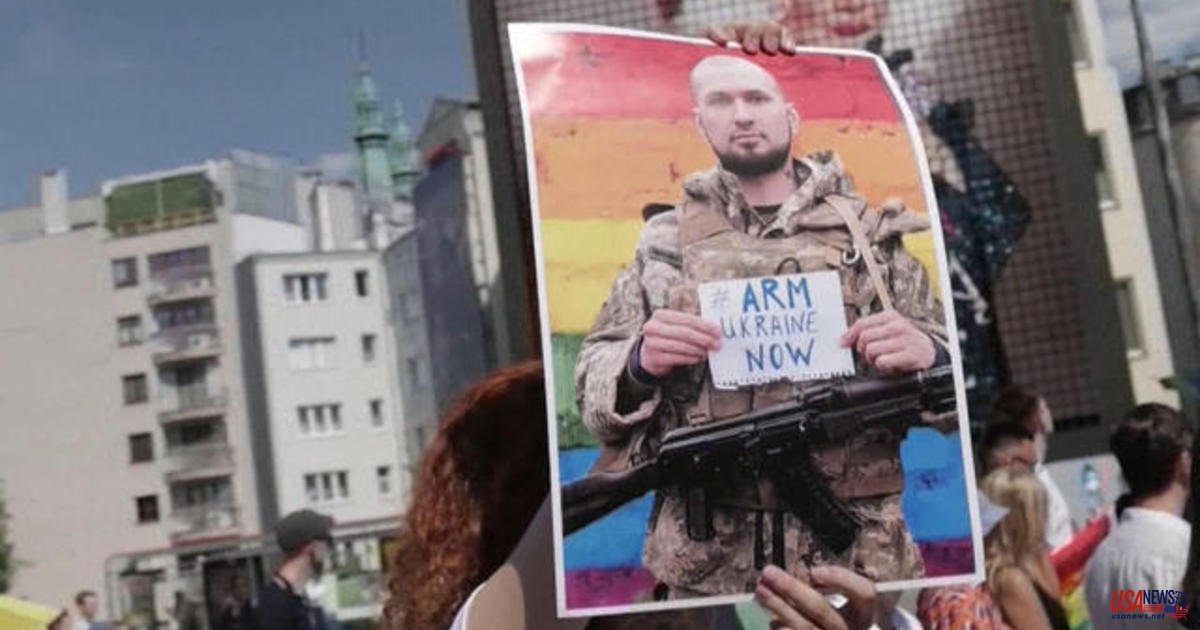 Kyiv Pride was never intended to be held outside Ukraine's capital. However, among the rainbow flags at Warsaw Pride, Poland, Ukraine's ubiquitous yellow and blue stood out.

One participant stated, "I'm here because it's impossible to go to Pride in Ukraine." "We are all people, regardless of who we love."

The largest Pride march in Central Europe remained focused on Ukraine's struggle against Russia and its LGBTQ+ community's fight to equal rights.

Victor Pylypenko is gay and works as a doctor on the Donetsk frontline. He is the founder of Ukraine’s "Union of the LGBT+ Military." It has thousands of members.

Pylypenko stated to CBS News' Ramy Inocencio that "We are all equal here." "We are fighting to liberate our country."

Many of Pylpypenko’s colleagues died beside him. He claims he has never experienced discrimination and believes it is important to come out as a homosexual man.

He said, "Because Openness Changes Things, It Changes Attitude."

Still a lot to be done in Ukraine in order to change attitudes. Nearly two-thirds of Ukrainians feel negatively about gay people. This proportion is declining among the younger generation. The most tolerant are those who live in more religious or pro-Russian parts of the country.

"Russia did not leave us any other option. Borys Milewski, a gay-friendly, bohemian district in Kyiv, said that you cannot protect Ukraine's human rights without a gun. He was still waiting for orders to go back to the frontlines.

Milewski said that he has fought against Russia ever since the war began -- but not for money or land, but because he believes it is more important to do so.

It's my personal freedom. Milewski stated that it was his need to live in a democracy-free country.

Milewski stated to CBS News that Volodymyr Zelenskyy, the Ukrainian president, has united the country against Russia's aggression and that the LGBTQ+ community in Ukraine is optimistic about both the hate crimes and same-sex civil union bills currently on the table.

Pylypenko, who is on the frontline of eastern Ukraine, said that his country cannot afford to lose war.

He said, "It'll be a complete catastrophe... Putin's ideology of homophobia is so disrespect towards human right."