The war in Ukraine kills and destroys, strangling the economy of the invaded country and threatening to create a world food crisis. 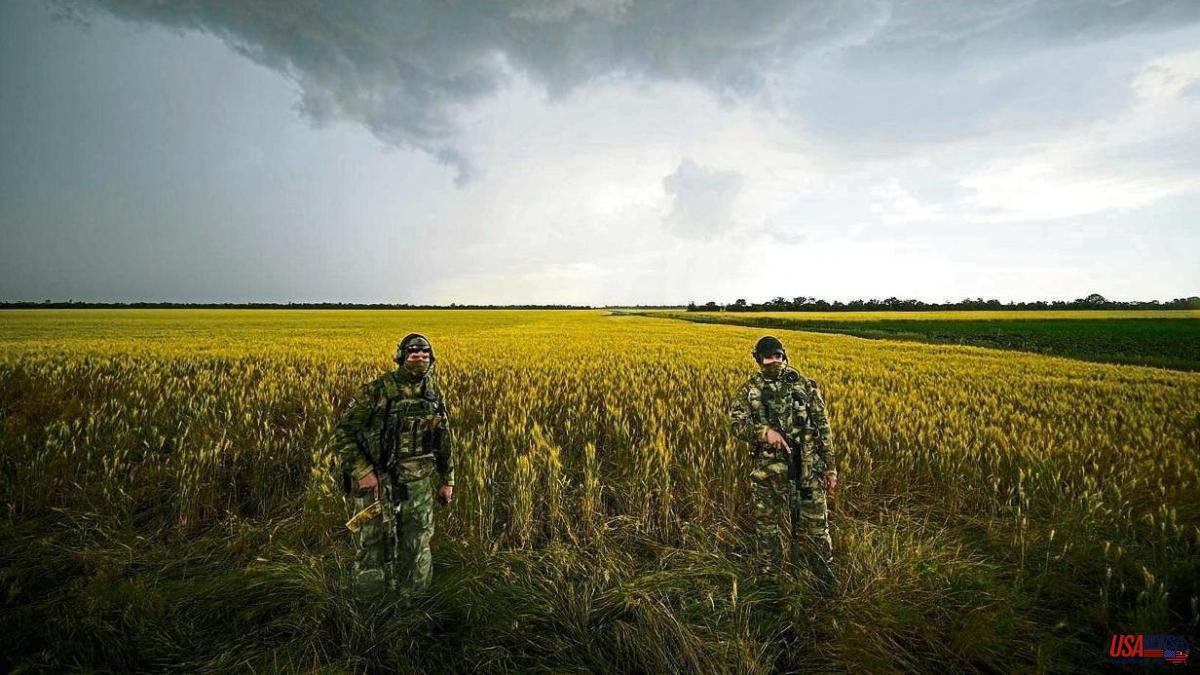 The war in Ukraine kills and destroys, strangling the economy of the invaded country and threatening to create a world food crisis. The Russian blockade of the Ukrainian ports of the Black Sea prevents the export of Ukrainian grain through this route, and while Moscow prepares to organize its own sales of captured grain, Ukraine opens alternative routes to get its crops to buyer markets.

The newly opened Baltic route is now added to the land and river route established at the end of April to Romanian ports on the Black Sea. The cereals arrive by truck or train to the Polish border, and from there they travel to Polish ports for international distribution.

The two routes help alleviate the large accumulation of grain in Ukraine and boost its shipment abroad, but they are not enough. "These routes are not perfect because they create certain bottlenecks, but in the meantime we are doing everything to develop them," Ukrainian Deputy Foreign Minister Dmitro Senik told an Asian security summit in Singapore, Reuters reports. Senik also said that the Ukrainian government is working with the Baltic countries to create a third corridor for agricultural export. He did not give details, but the land border between Poland and Lithuania would allow transit to ports in the Baltic countries.

Despite the open routes through Poland and Romania, Ukrainian grain sales remain well below their pre-war pace, when the booming agricultural sector shipped five to six million tonnes of grain and oilseeds across the Black Sea. per month to Africa, Europe and Asia. There are now more than 20 million tons of grain stuck in silos, and it only seems feasible to export a maximum of two million tons a month.

Ukraine will soon run out of deposits for the new harvest – necessarily smaller because of the war – which starts at the end of July. US President Joe Biden has proposed building temporary barns on the Polish border, but Polish Agriculture Minister Henryk Kowalczyk warned that this requires resolving "many details, such as location, infrastructure, financing and ownership." , and it would take three to four months.

Deprived of its Black Sea ports – occupied by Russia, such as Mariupol and Berdyansk, or blockaded such as Odessa – Ukraine faces enormous logistical challenges on the two open routes. The railway network is overwhelmed by the extra volume in transit, and its track width is greater than the European standard, so at the Polish border it is necessary to change wagon wheels or transfer the cargo to another train or trucks. On the Romanian route, the process is complex and costly, as it involves rail transport to the Danube or its tributaries or canals for transfer by barge to Romanian Black Sea ports such as Constanta or Sulina.

Russia and Ukraine together account for nearly a third of the world's wheat supply, and Ukraine is also a major exporter of maize, barley, sunflower oil, and rapeseed oil. Fearing a global food crisis, which would hit the poorest countries above all, the UN has been negotiating a corridor for cereal output from Ukrainian ports for weeks with Russia and Ukraine with the help of Turkey, which agrees. To unblock the ports, Russia demands that Ukraine remove the mines it planted in the area, and Turkey demands security for the ships. Another difficulty is convincing shipping and insurance companies that the ships would not be in danger. But Ukraine does not trust.

“We should all be very cautious about negotiations between Putin and Erdogan, two autocrats, because if there are no security guarantees for Ukraine to compensate for the demining of its ports, it could be a very dangerous move, with dire consequences for the military situation. in the south of the country”, warns András Rácz, a political scientist at the German Council on Foreign Relations (DGAP), a think tank based in Berlin. Without mines in the area, Russia could attack Odessa from the sea.

In the ongoing battle for Ukrainian grain, Russia is also mobilizing its diplomatic contacts in the field of buyers. "I have had meetings with young African diplomats," explains political scientist András Rácz, "and it is interesting to see how successfully Putin works with these countries to establish a common ground for Russia that would legitimize the departure of grain from Ukrainian ports on vessels of whatever flag. , escorted by Russian ships, which is not in accordance with international law, since these coastal waters are the exclusive economic zone of Ukraine.

Poor countries far from the war, in need of grain to feed their population, could become a great resource for Putin.