Ukraine is rushing to prevent Russia from destroying its power grid

The losses on the battlefield have made Russia choose to attack the Ukrainian population. 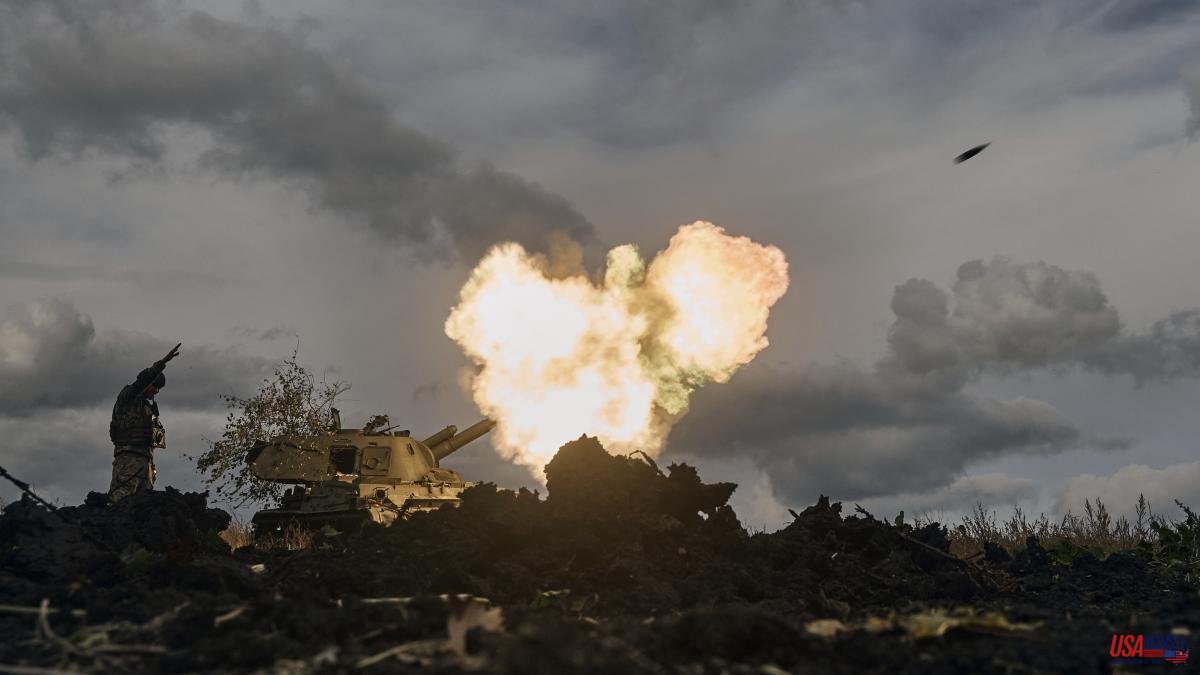 The losses on the battlefield have made Russia choose to attack the Ukrainian population. Since October 10, she has directed more than 200 cruise missiles and kamikaze drones against a crucial element of Ukraine's civilian infrastructure: the power grid. And while the Russian invasion has been poorly planned, poorly executed, and lacking in clear objectives, the effort to leave Ukraine in the dark appears to be carried out competently and effectively.

"I think some professionals from the energy sector in the Russian Federation have helped the army," says Dmitro Sakharuk, CEO of DTEK, Ukraine's largest private power company. "They've carefully selected their targets; they've done it very methodically." Russia's primary targets have been electrical substations connecting different parts of Ukraine's grid; some have been attacked with up to ten missiles. The goal is to chop up the system in such a way that power cannot be redirected between different regions to balance the load. In severe cases, much of the network might have to be shut down.

A second set of targets are the country's own power plants. They are bigger and harder to disable, but as of last week at least 30% of the country's power capacity had been damaged, according to national grid operator UkrEnergo. The reduction in capacity increases the risk that at peak demand the system will suffer widespread blackouts and force the closure of some plants. In the worst case, says Sajaruk, the plants could lack the current needed to restart. The blackout could last a long time.

The Ukrainian grid has been connected to the European grid since March, allowing European providers to supply power if Ukraine runs out of it. However, if the blackouts make the Ukrainian network too unstable, Europe would be forced to carry out a disconnection, at least temporarily, to prevent the instability from affecting its own network; that would further aggravate Ukraine's problems. Sudden outages would damage other infrastructure, as well as heavy industry. For example, ArcelorMittal's steel plant in Kriví Rih, a city in eastern Ukraine, relies on the public power grid at the facility that converts coal into coke for its blast furnaces. If the electricity supply was suddenly interrupted, their equipment would be destroyed, says Mauro Longobardo, director general of ArcelorMittal Ukraine. In cities like Kyiv, water and sewage systems would stop, as would district heating systems. In sub-zero temperatures, the pipes would freeze and crack.

To avoid this situation, the electricity authorities are imposing blackouts aimed at keeping the demand below the available supply. In major cities, electricity is cut, neighborhood by neighborhood, for four hours straight. Power companies have tried to create websites to alert residents when they are going to lose power, but blackouts are sometimes unpredictable. "They cut off the electricity, we don't know when it's going to happen," says Valera, who works in a bakery in the elegant center of Kyiv. On the north side of the street, lights twinkled and soft pop music played in cafes, but on the south side, restaurants rely on cash and candlelight.

For now, in Kyiv the nightlife is active until the eleven o'clock curfew. The skyscrapers of the city continue to shine. However, maintaining that situation in the face of relentless Russian missile attacks requires Herculean efforts. UkrEnergo says it has 70 repair crews working around the clock across the country.

The lack of equipment is another even more serious problem. Since the spring, Western power companies have shipped transformers, circuit breakers, switches, generators, cables and other materials to Ukraine. The Polish companies PGE and Tauron, the French Schneider Electric, the German EON and 50 Hertz, as well as other companies from Finland, Lithuania, Portugal and the United States have made contributions. However, compared to what Russia has destroyed in its latest wave of missile attacks, it is "a drop in the ocean," says Oleksi Povolotski, head of technical and humanitarian aid at DTEK.

Part of the problem is compatibility. Transformers are used to step down the voltage from power plants to a voltage that can be used by homes. Much of the Ukrainian network uses the old Soviet five-step system. Western European systems use different voltages. Transformers are built to handle specific voltages, so those built for Western systems are not a substitute for old Ukrainian systems.

Many countries in Central and Eastern Europe also used the Soviet voltage regime before. However, they have mostly modernized the equipment to conform to European Union standards. "The only place [in Europe] where you can find [Soviet-era] equipment is in warehouses where old transformers are kept," says Sajaruk. Ukrainian authorities are pleading with those countries to go through their stockpiles and see what they still have, including non-functional units whose parts could be reused. Of the 40 transformers that DTEK needs to replace, Sajaruk adds, it has so far only been able to secure three.

Transformers aside, a lot of Western equipment could work in Ukraine. European switches do not use the same type of insulating gas as Soviet ones, but Sajaruk says it would be possible to change it. Circuit breakers may also be compatible. However, it is unlikely that many such components will be available, as they are often built to order. And ordering new components from manufacturers involves a wait of between six months and three years. Therefore, Ukraine asks Western companies to give preference to their orders and send them the ordered components that are almost finished.

Ultimately, Ukraine needs better air defenses to protect electrical installations from Russian attacks. The new Iris-T missile systems being supplied by Germany and the NASAMS system from Norway will help. However, Russia has a large number of Shahed drones, cheap Iranian drones that are difficult to detect on radar. Ukraine claims that its air defenses are shooting down more than half. Now, judging by the damage done to the power grid so far, that's not enough.

DTEK puts the price of the equipment it must replace at this time at about 40 million dollars. Since the company only produces a fifth of the country's energy, the cost for the entire Ukrainian electricity sector will be much higher. This is a price that the government is unable to pay. The European Bank for Reconstruction and Development has already allowed the country to reconvert a loan of 150 million euros, destined for the modernization of the electrical network, to dedicate it without further ado to keep it in operation. On October 24, it announced new loans of up to 3,000 million euros, a part of which would go to the electricity grid. According to Povolotski, much more energy financing will be needed from foreign donors.

The West is already planning hundreds of billions of dollars worth of aid to rebuild Ukraine after the war. On October 25 donors met in Berlin for an expert conference on how to structure such aid. The conference did not reach binding decisions, but is part of ongoing planning for what is expected to be one of the largest international aid efforts in history. Preventing the Ukrainian power grid from collapsing and thereby causing further damage to the rest of the country's infrastructure seems like a smart investment.