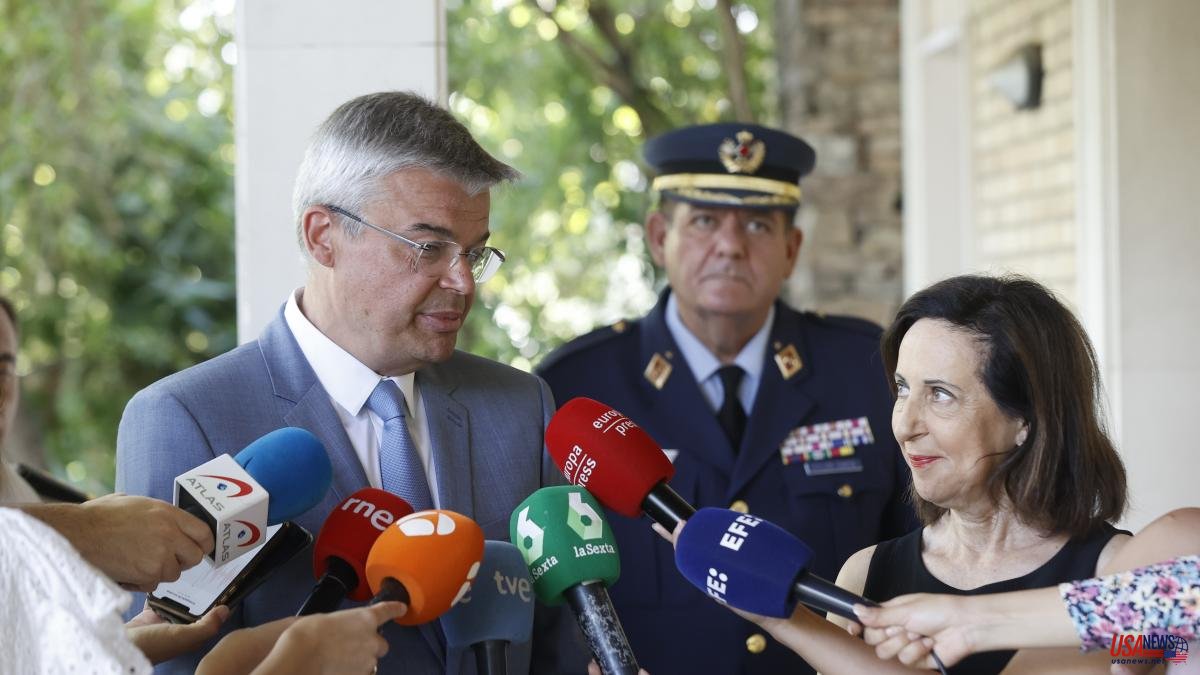 "We need weapons." It was the imploring cry of the Ukrainian ambassador to Spain, Serhii Pohoreltsev, to the Defense Minister, Margarita Robles, during the meeting that both held at the Ukrainian embassy in Madrid. The Ukrainian government is very grateful to Spain and the Spanish Government for the contribution made to date, as well as for the reception of refugees, some 130,000 since the start of the war in February, and of the wounded soldiers receiving treatment at the Military Hospital from Saragossa. However, Ukraine needs more, and it is nothing more than "war material".

He appreciates all that effort, but Ukraine needs, above all, "military help", the ambassador insisted, because "the situation is very complicated, they continue to attack us, and we need more weapons to be able to resist and recover our territories".

It is not that the ambassador has reproaches to make to Spain. Every week there are technical meetings with the Ministry of Defense to see the weapons needs that Ukraine requires and the possibilities that Spain has, but Ukraine really needs it, Pohoreltsev insists, and he is convinced that "if you want to help, you always look for and find the formula to do it".

The representative of the Government of Ukraine is confident that "in a short time", the Spanish Executive will be able to provide them with more war material, or "defensive", as the Defense Minister, Margarita Robles, likes to call it, because, and the ambassador repeats it ad nauseam, "We still need weapons".

It is an urgent need, explained the ambassador, in a joint appearance with the minister, in the gardens of the Embassy, ​​because "the enemy, Russia, is superior in weapons and troops and to be effective we need more weapons." The needs, the Spanish government knows them. He, like the rest of the ambassadors around the world, makes the same requests to all countries. "And I hope we're going to be more successful in supplying war materiel," he said.

Neither the minister nor the ambassador wanted to reveal, due to necessary discretion, the type of armament that Ukraine requests or the one that Spain is willing to contribute. "It's a pretty big list," Pohorelstev said, because Ukraine needs a lot of weapons to, if not surpass Russia, then at least "reach the same level" of manning. In what Ukraine is superior, the ambassador pointed out, is that the Ukrainian military "are very motivated in their fight and the Russians do not have that motivation, that is why we continue to resist and recover territory, but we need weapons." Only with that help of weapons, he said, "can we win this unjust war."

The minister's response was the same as always, the one she gives in all the weekly meetings with the embassy staff to study the needs, that Spain is in solidarity with Ukraine, and that it will continue to deliver the "defensive material" that it can deliver, as until now. No specifics given the ambassador's requests, also for security reasons, but Robles only spoke, for the time being, of "coat material for the winter campaign."

The minister is convinced that the ambassador knows that Spain will provide him with all the material it can. "Material to defend and work for peace", especially considering that winter is approaching and it will be "hard and complicated". "He knows that he is counting on Spain, that we defend peace," the minister told him.