Txetxu Rojo dies, one of the greats in the history of Athletic

José Francisco 'Txetxu' Rojo Arroita, one of the great players in the history of Athletic Club, which in 2023 will celebrate its 125th anniversary, has died this Friday at the age of 75, the rojiblanco club has confirmed to EFE. 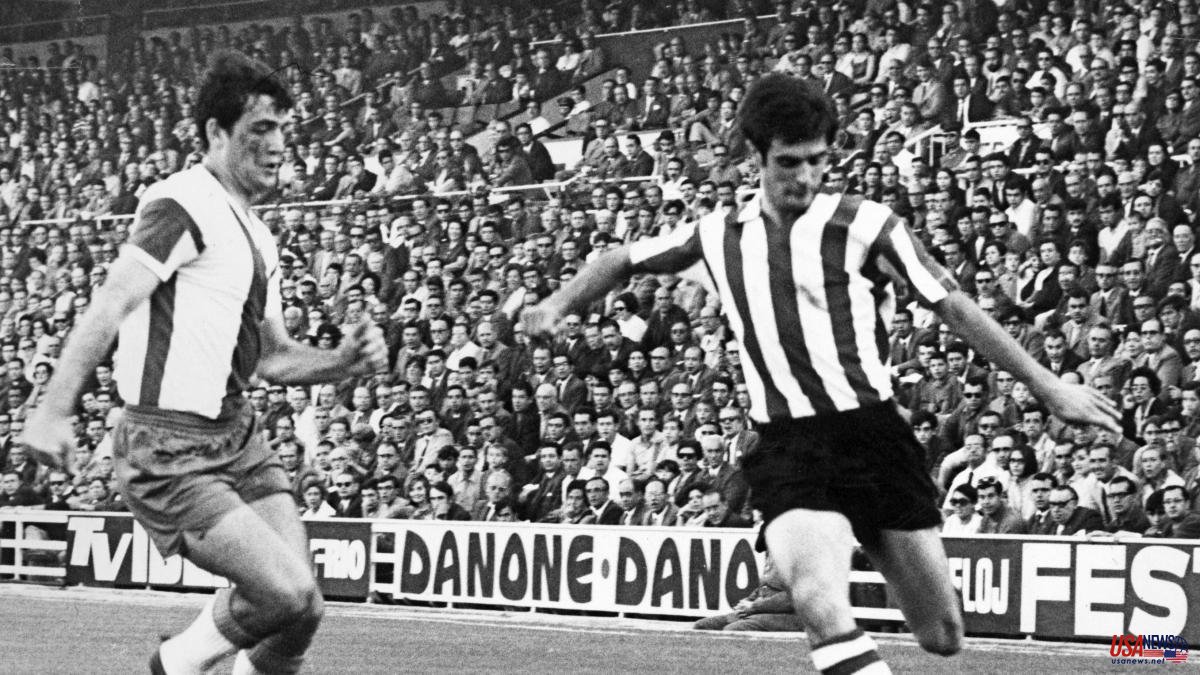 José Francisco 'Txetxu' Rojo Arroita, one of the great players in the history of Athletic Club, which in 2023 will celebrate its 125th anniversary, has died this Friday at the age of 75, the rojiblanco club has confirmed to EFE.

Txetxu Rojo (Bilbao, 01-28-1947), also known as Rojo I because his brother José Ángel also played for Athletic, is the player who has played the second most games in the rojiblanco team's shirt, behind other great legends of the entity, José Ángel 'El Chopo' Iribar.

The oldest of the Reds, who was in poor health some time ago, played a total of 541 games in the 17 seasons in which he remained with the rojiblanco team, in which he scored a total of 68 goals.

A left-handed and very classy player, the extreme left or inside on that same side, he has two Cup titles to his credit, those of 1969 and 1973, in which Athletic defeated Elche and Castellón in finals, respectively. .

Javier Clemente, former Athletic Club coach, highlights the figure of Txetxu Rojo, a legend of the rojiblanco team who died this Friday, as "above all a beautiful, unforgettable person for us".

"Christmas parties, but a sad day. We have lost a friend, a great Athletic player and above all a beautiful person at the same time. Txetxu Rojo will be unforgettable for us. A hug to the family", he writes on his networks Clemente, one of the first figures in the world of football to remember Rojo I.

The former Athletic striker Ismael Urzaiz has also remembered the '11' as "the only one among the chosen ones". "I will always be grateful to you. A big hug to all his family," dedicates the Navarrese who had Rojo as a coach at both Athletic and Celta.

The club from Vigo, to which the one from the Bilbao neighborhood of Begoña promoted to First Division in 1992 and took them to runner-up in the Cup in 1994, also sent a message of condolence on his Twitter account: "We join in the pain for your loss. Rest in peace".