A total of 79 archaeological and 2 paleontological pieces have been delivered by Rashel Mereness and Bill Lewis, two US citizens who have voluntarily presented themselves at the Los Angeles embassy. 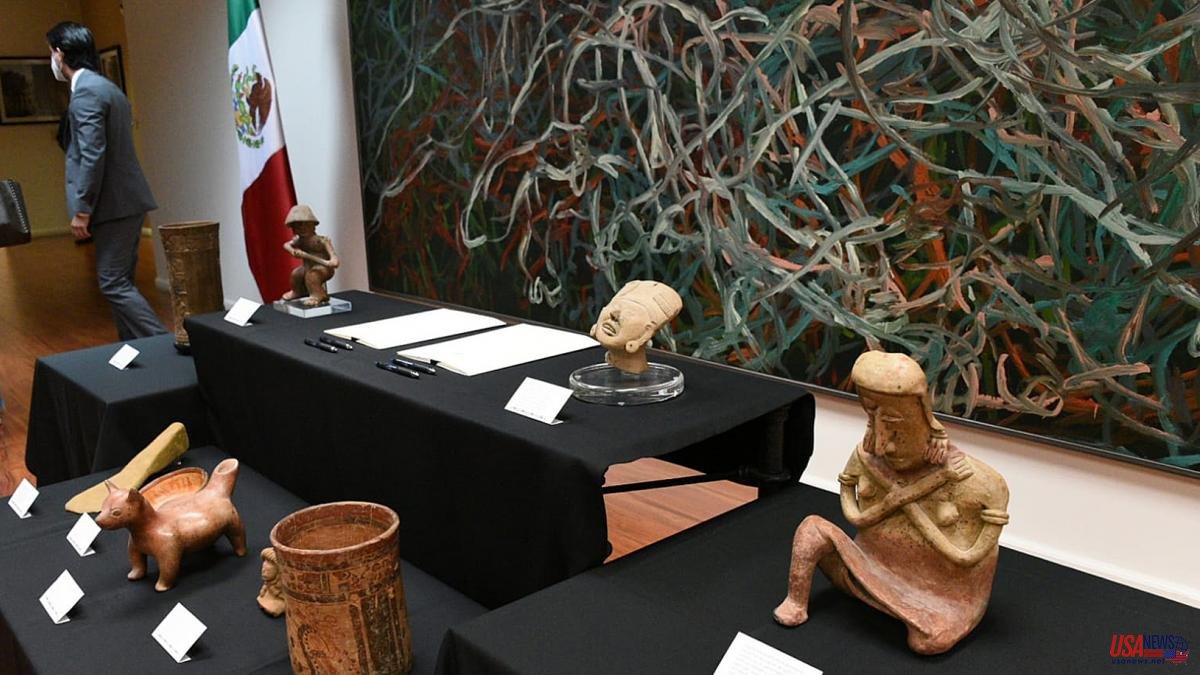 A total of 79 archaeological and 2 paleontological pieces have been delivered by Rashel Mereness and Bill Lewis, two US citizens who have voluntarily presented themselves at the Los Angeles embassy. Among the goods delivered are objects belonging to the Mayan, Zapotec and Teotihuacan cultures, from the Shaft Tombs tradition and from those settled in the Central Highlands, the West and the Gulf of Mexico. There are also two plates with impression of fish fossils. They have also delivered an effigy vessel made of clay.

The pieces are part of the cultural heritage of Mexico and an analysis of the pieces is already being carried out to determine their temporality and cultural affiliation. The Mexican Minister of Foreign Affairs, Marcelo Ebrard, celebrated the gesture: "As you know, it is a priority for Mexico to recover its historical and artistic heritage, and this is a great gesture by North American citizens committed to Mexican civilization and who have an interest in that these pieces be returned to Mexico".

The figures will be repatriated to Mexico by the Mexican Consulate in Los Angeles and later, the Legal Department of the SRE will deliver the heritage objects to the authorities of the Ministry of Culture and the INAH (National Institute of Anthropology and History).

Since the arrival of Andrés Manuel López Obrador to the government in December 2018, Mexico has recovered thousands of pieces that it considers national heritage. In addition, the embassies and the INAH have intensified the search and requests to foreign governments to recover these pieces.