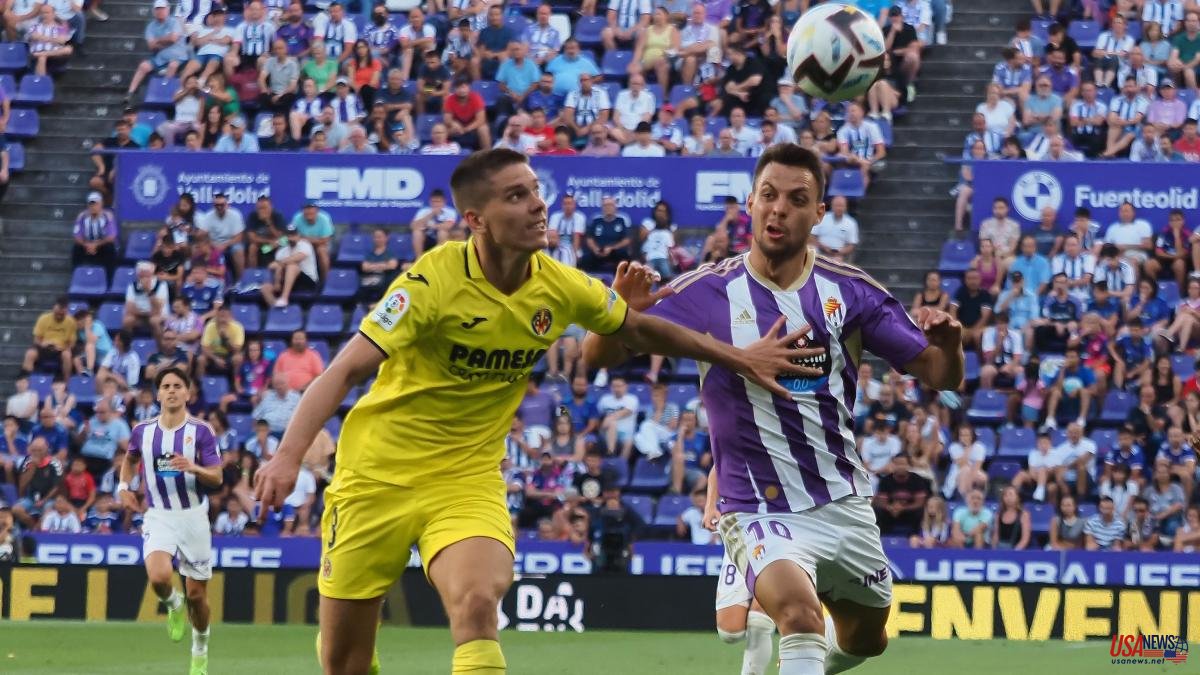 Dani Alves left in 2016. The Brazilian returned in 2021, at the age of 38. And he left again in 2022, already 39. And Barcelona is still bogged down in the search for a renowned substitute. Not a timely replacement and circumstance, but an owner with all of the law for the right wing. One that threatens in attack, that helps to connect with the interiors, that unfolds to the extremes, that reaches the bottom line and that puts centers to the head of Lewandowski.

The Rayo game, the 99 minutes it lasted and the goalless draw, were enough to realize that Xavi's Barça lacks wings in defence. In the two lane because he doesn't have a footballer to dominate from that position. Araújo, a displaced central marker, could hardly progress there. In the band of three because Jordi Alba, who did not live a very bright day, has no one to compete with him beyond Balde, 18 years old.

The Terrassa coach thus detected it long before the visit of the Vallecanos on the first day of the League. At the end of last season he met with the president Joan Laporta and the sports leadership and presented them with a list of seven signings. There were the names of the five reinforcements that have arrived but also César Azpilicueta and Marcos Alonso, from Chelsea.

The second, the left-handed, has his bags packed waiting for news to travel to Barcelona. In fact, Tuchel, his coach, has not called him up for the first two games. After six seasons at Stamford Bridge, Alonso, 31, wants to emulate his father, Marcos, and his great-grandfather, Luis Zabala, who have already worn the Barça shirt. It only remains for Barcelona to launch its last offensive when it obtains more salary margin and can register Koundé... and more players. The price, less than ten million, will not be an inconvenience. For the first time Alba will have the rival that he did not find in Junior Firpo, Miranda and Digne.

On the other hand, the Londoners did not let the Navarrese, their captain, go out, despite the fact that he had the word of the previous administrator. Versatile because he can also play central and even in defense of three, he was chosen for the right despite the fact that he is about to turn 33 years old. Finally, Azpilicueta chose to renew two more courses with the blues.

So, Barça thought that they could save that money. He believed that perhaps with Dest, the renewed Sergi Roberto and with the occasional help of Araújo and Koundé the position would be covered. In a game it has already been seen that no. The American was left off the list and is on the market. Araújo returned to the axis when Sergi Roberto entered, who did not give much depth either.

Barcelona has gotten its act together and yesterday called the agent of Juan Foyth, a Villarreal footballer. Argentine international, 24 years old, has a profile similar to that of Azpilicueta. He is more defensive than offensive and started playing in other positions (central and pivot) but he has been at a good level for two seasons at Villarreal on the right wing (71 games and two goals). The Castellón club paid 15 million to Tottenham and now refers to the clause, of 42, to let him go. A prohibitive price if they are not open to negotiating.

As if that were not enough, the search coincides with the fact that this summer Chelsea has been reinforced by Marc Cucurella, for whom it has paid 68 million to Brighton, and Guardiola's Manchester City has acquired the services of Sergio Gómez, who now He played for Anderlecht, after passing through Huesca and Borussia Dortmund. The first is 24 years old, the second 21, both play left-back and both agree that they were trained in Barça's grassroots football.