At least two aeronautical firefighters died this Friday at the Jorge Chávez international airport, which serves Lima, due to the collision of a plane that was moving along the takeoff runway with a truck carrying rescuers, the terminal's concessionaire reported. 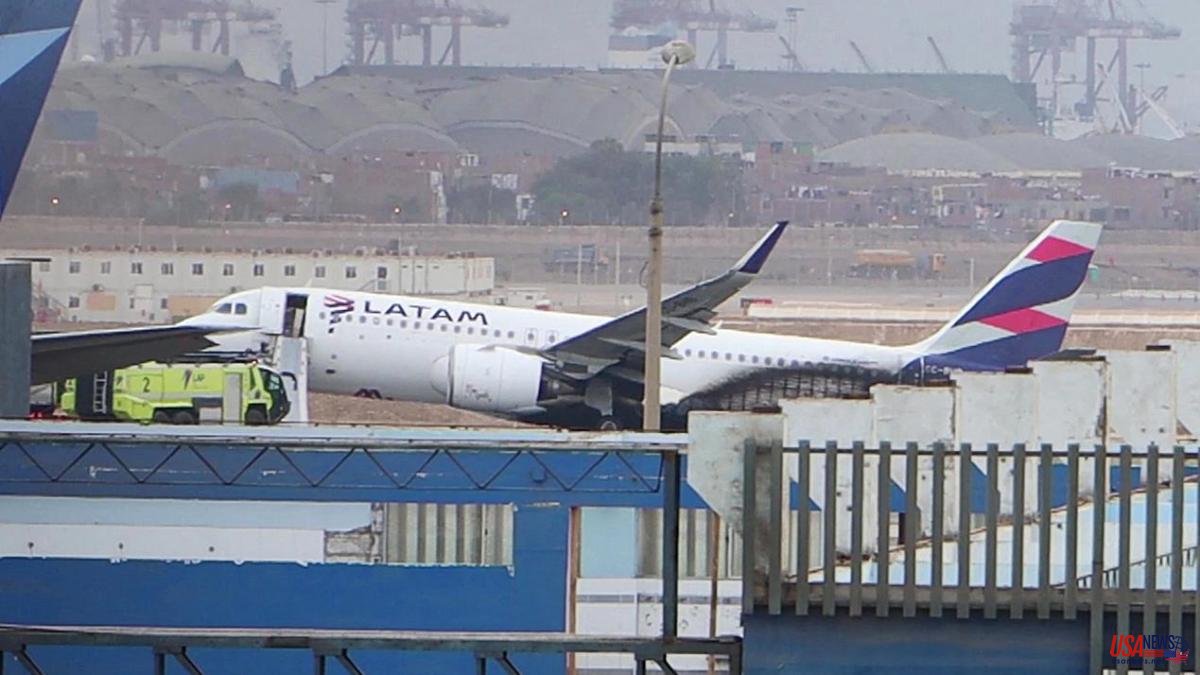 At least two aeronautical firefighters died this Friday at the Jorge Chávez international airport, which serves Lima, due to the collision of a plane that was moving along the takeoff runway with a truck carrying rescuers, the terminal's concessionaire reported. Lima Airport Partners (LAP).

"Lima Airport Partners deeply regrets the loss of life of two members of the LAP Rescue Corps Aeronautical Fire Department" in the accident that occurred this Friday between a Latam plane and a fire engine on the runway.

The company expressed its solidarity with the families of the deceased firefighters, with whom it has made itself available, and explained that it is conducting investigations to determine the causes of the accident to implement corrective actions.

As a result of that crash, the Latam company ship, which was going to fly to the southern Andean city of Juliaca, suffered a fire to the right wing and tail, which prevented its takeoff and, subsequently, the evacuation of its passengers and crew.

For its part, Latam confirmed on Twitter that the aircraft "there are no deceased passengers or crew members."

"Latam Airlines Peru has deployed its Emergency Plan mobilizing all available human and physical resources to provide immediate assistance to passengers and crew on board," they added.

The images of the accident were immediately shared by social networks, as well as of the passengers after the rescue and, in them, it can be seen how several fire vehicles are deployed through the airport and, one of them, gets in the way of the airplane.

After the collision, a severely affected area of ​​the plane can also be seen.

In turn, the Ministry of Transport and Communications indicated that the teams of the LAP concessionaire "are providing the necessary attention to passengers."

"Investigations are being carried out to determine the causes of the incident," the ministry added through its Twitter account.

Similarly, the Ministry of Health reported that emergency units are attending to passengers who suffered bruises and minor injuries during the evacuation.

Due to this accident on the ground, operations at the Jorge Chávez airport, the largest in Peru, were suspended until 1:00 p.m. local time (6:00 p.m. GMT) on Saturday, LAP announced on its social networks.