A court in the self-proclaimed Donetsk People's Republic (DPR) sentenced two British citizens and a Moroccan to death on Thursday. 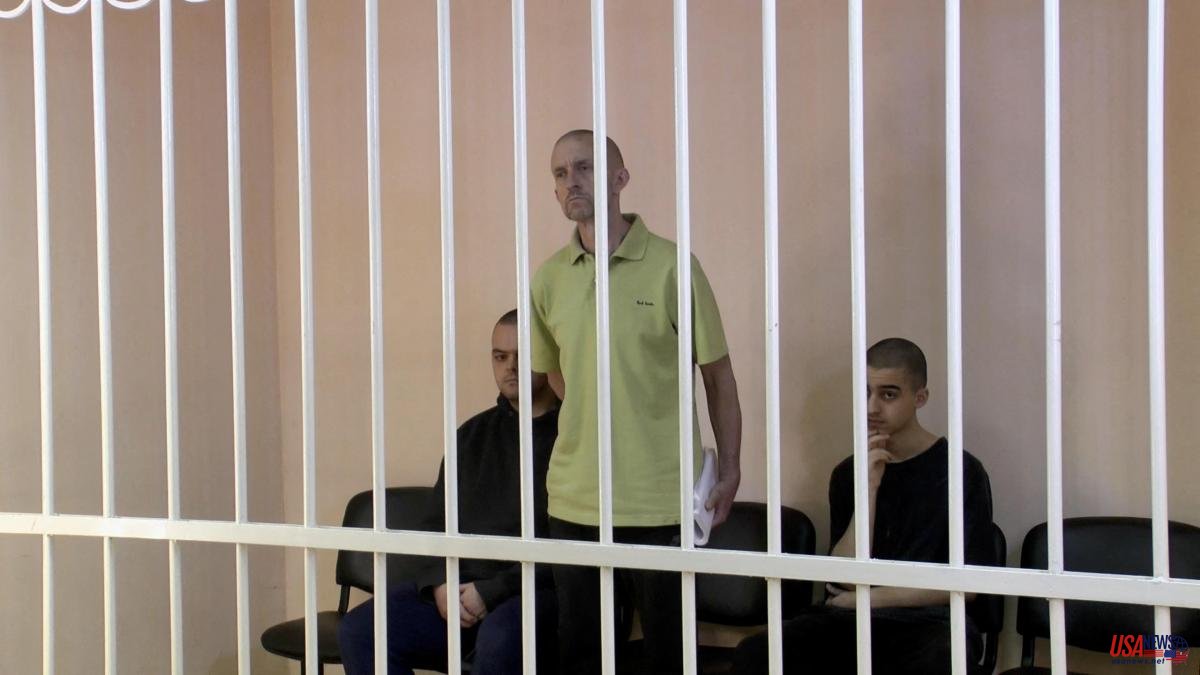 A court in the self-proclaimed Donetsk People's Republic (DPR) sentenced two British citizens and a Moroccan to death on Thursday. Captured while fighting alongside Ukrainian troops, they have been found guilty of being mercenaries, attempting to seize power violently and committing a gang crime.

The British citizens are Shaun Pinner, 48, and Aiden Aslin, 35. Both were captured by Russian troops in the city of Mariupol. The Moroccan Saaudun Brahim is 21. All three had signed contracts with the Ukrainian army before the Russian military campaign in Ukraine began.

The Court that has issued the sentence is the Supreme Court of the DPR, not internationally recognized. Both the families of the British and the government in London maintain that they are not mercenaries, but prisoners of war entitled to immunity and should not be tried for taking part in hostilities.

The DPR adopted the Russian criminal code in 2014. But unlike in Russia, it can pass death sentences. In Russia, a moratorium has been in force since 1996.

Pinner was captured in April along with fighters from the 36th unit of the Ukrainian Armed Forces Marine Brigade in Mariupol. In an investigation by the Russian Instruction Committee he is identified as a sniper. He stated that he was a military instructor.

Originally from Bedfordshire, according to his family he moved to Ukraine four years ago to use his military experience in the Ukrainian army, says the BBC. At the end of the year he was ending his three-year contract and planning to change jobs and pursue humanitarian work.

Aslin is from the city of Newark, in Nottinghamshire. According to his family, he moved to Mykolaiv, Ukraine, in 2018. He joined the country's army, which he has since considered his country. In the past, according to the BBC, he had fought with the Kurdish armed units in Syria against the Islamic State.

Saaudun was also in Mariupol when he was captured, fighting for the defense of that city on the Sea of ​​Azov. He arrived in Ukraine in 2019. For a year he studied Russian and then entered the Kyiv Polytechnic University, where he studied at the faculty of aviation systems, although he did not complete them. Aslin's friend, together they entered the Ukrainian army by contract in 2021.

After their arrest, Pinner and Aslin asked the British Prime Minister, Boris Johnson, for help to do his best to exchange them for the businessman and politician Viktor Medvedchuk, leader of the pro-Russian Opposition Platform-For Life party, detained by the Ukrainian special forces and charged with treason. Medvedchuk's wife, Oksana Marchenko, called for the same deal.

British Deputy Prime Minister Dominic Raab has promised to file all the necessary complaints to challenge the sentence. The Kremlin spokesman, Dimitri Peskov, pointed out in this regard that if London appeals the sentence, it would be recognizing the court and, therefore, the DPR.

Russian President Vladimir Putin recognized the DPR and its neighbor the Luhansk People's Republic, the other pro-Russian entity in Donbass, as independent states days before the "special military operation" began in Ukraine on February 24.