Twenty people are still missing in the Dolomites glacier

The number of deaths due to the detachment of the Marmolada peak glacier, the highest in the Dolomites, could be much higher. 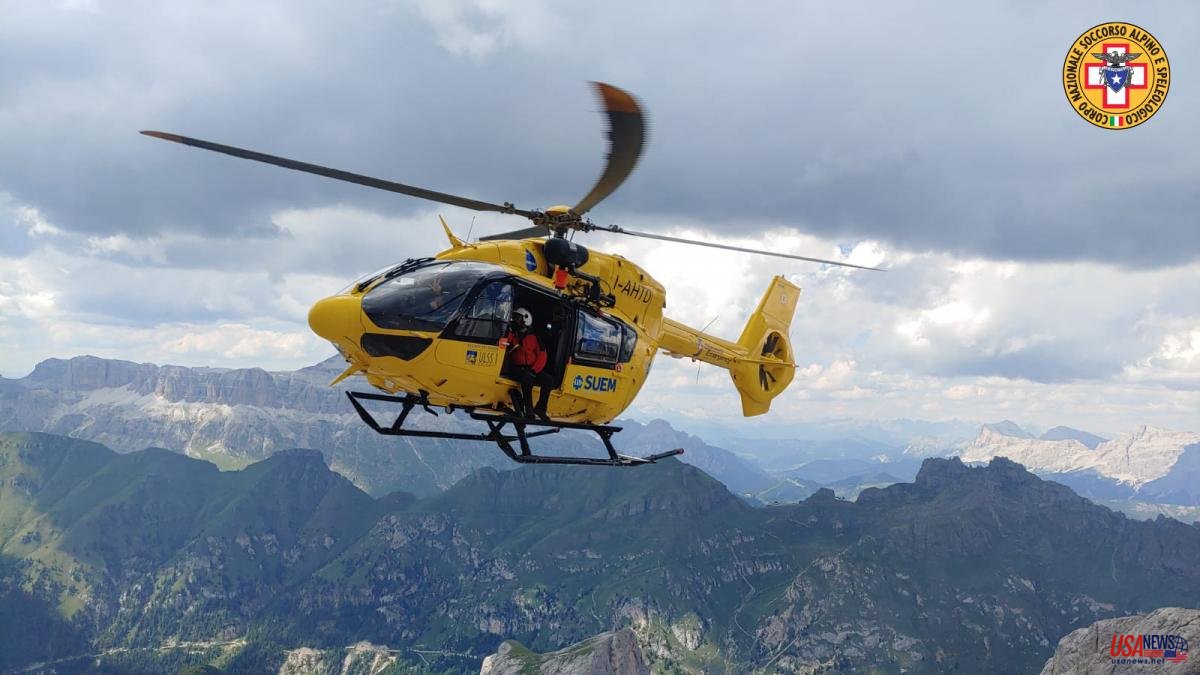 The number of deaths due to the detachment of the Marmolada peak glacier, the highest in the Dolomites, could be much higher. The disappeared have risen this Monday to 19 people, 11 of them Italians and 8 foreigners, all claimed by their families. However, it is not ruled out that there are more hikers who are still not known to have been there at the time the glacier split into two points and 300 meters of ice and stones swept through the mountain. So far, the bodies of seven deceased people have been found.

“I fear that the victims are double or triple, given the number of missing and the fact that there are 16 parked cars. The first thing that must be done is the identification of the victims, which will not be easy, DNA will be necessary”, the prosecutor Sandro Raimondi lamented this morning. Quickly, the rescue teams went to the car parks to try to calculate the number of hikers and identify them through the license plates of the vehicles.

The bad weather and the lack of visibility in Marmolada are not helping the search for the disappeared either. At noon they had to be interrupted due to weather conditions that also forced the diversion of the route of the Italian Prime Minister, Mario Draghi, who was flying to the site by helicopter but had to take a car.

To avoid new landslides, it has been decided that the teams will only go by land if one of the deployed helicopters identifies any sign of life. The authorities have asked the neighbors not to approach the disaster area both because of the danger it poses and not to disturb those who work tirelessly to locate hikers among the ice.

The president of Alpine Relief in Alto Adige, Giorgio Gajer, does not have high hopes. The chances of finding still missing hikers alive are "truly very low, if not nil." "The avalanche will have crushed them, it is difficult to think of finding them alive after so many hours," he lamented in statements to the Agi agency.

In addition, eight people were injured, including several seriously. One of them has suffered significant cerebral edema and damage to internal organs. This Monday the identities of the deceased have begun to spread, including a marriage of Italian mountaineers, one of them an expert climber for more than 25 years.

"It is a dramatic situation," warned the president of the Veneto region, Luca Zaia. The governor has said that what generates the most concern is the presence of foreigners, who perhaps have not warned their families that they were going to climb this peak, and it may be days before they give the alert.

It is an unforeseeable tragedy, but for years geologists have warned of the danger to Italian glaciers due to climate change. These days of heat wave in Marmolada, record temperatures of ten degrees have been reached at 3,000 meters high. A recent study by the Italian Research Center (CNR) has already warned that this glacier will disappear within 25 or 30 years.

“At this speed it will probably happen sooner. The most general projection indicates that in 2100, in the best of cases, 70% of the alpine glaciers will have disappeared, and in the worst 96%”, explained the CNR scientist Roberto Colucci. "Below 3,500 meters, on the other hand, in twenty years there will be nothing else because glaciers like Marmolada are now in total imbalance."

Pope Francis, a great defender of environmental policies, has tweeted that these tragedies must "push us to urgently seek new ways that respect people and nature."