Twelve siblings, six of them schizophrenic

The Galvins are not a family like the others. 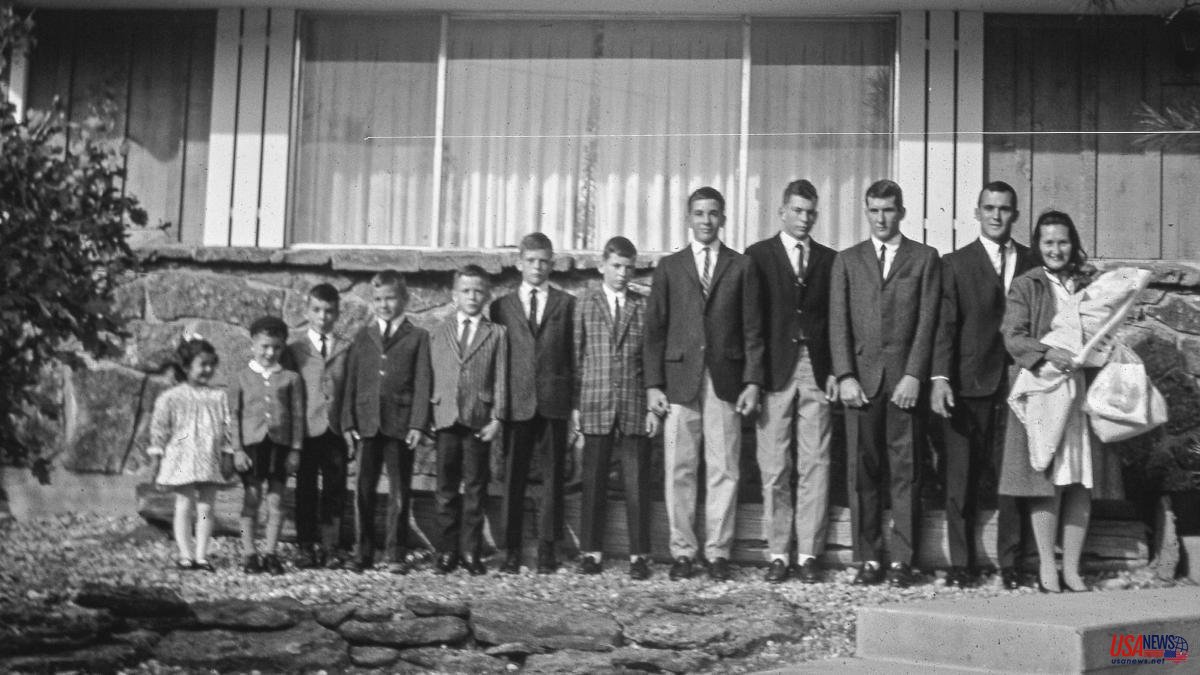 The Galvins are not a family like the others. If we look at his photos, they are the perfect incarnation of the American way of life of the 60s. However, if we delve into his story, we see that, of the twelve brothers they were, six suffered from schizophrenia. The reporter Robert Kolker – a regular firm for media outlets such as The New York Times – has investigated the case in depth and the result is the book The Boys from Hidden Valley Road (Sexto Piso/Periscopi) which alternates family history with the explanation of the progress scientists about the disease.

In fact, the book can be read in crescendo as if it were a psychological horror novel. “The facts are so scary – admits the author, visiting Barcelona – that I use the scientific chapters so that the reader can pause”.

Schizophrenia, a genetic or social disease? The reporter advances like a detective in search of the answer, at the same pace as the scientists of the time. “I focus on two different researchers who were devoted to the subject. Analysis of the Galvin family drama has greatly helped to understand the disease, which some associated with genetics and others with social factors such as domineering parents. Think that it is very difficult statistically that a coincidence of this type occurs ”.

It is horrifying how these patients were treated, not so long ago, giving them cocaine, injecting them with animal blood, lobotomizing them or inducing them into a coma. “At the time the Galvins fell ill, mental hospitals in the United States were closing, it was thought that medicines would replace hospitals, which obviously did not happen. The federal government and governors like California's, Ronald Reagan, closed these centers for good reasons, because a lot of stupid things were done in them. But then where were these people going? It was said that substitute mental health centers would be built but they never put a penny in, we are still waiting for them”. So the streets filled with people with mental illnesses, sleeping rough (see San Francisco and other big cities). Today, "it is still the main problem of serious mental illnesses, which are made invisible because they end up being associated with homelessness, people who self-medicate with drugs and mix them with alcohol, we see it as a social problem, of poverty, We do not analyze that there is a mental disorder behind it and the stigma is getting bigger and bigger”.

The book is a shell to the idea of ​​American happy family. We enter the privacy of the Galvins on Hidden Valley Road, in Colorado Springs, where they have lived since 1963. The father, Don, an Air Force captain, often travels; Her mother is a charm for the neighborhood but very authoritarian indoors and curiously so fond of falconry that her hawks continually fly over the neighborhood. “In a large family, the most difficult thing is to differentiate yourself, to achieve your own identity –explains Kolker-, imagine if six of your brothers have schizophrenia: will you be the next to fall? Some of them also attack you with great violence, and that affects your development.”

The first case was that of the eldest son, Donald, who did things like torture cats, wash his hair in beer, throw himself into a bonfire or attempt suicide, before shouting that the CIA was watching him and even shooting him. How does the author show scenes of violence or sexual abuse? “I didn't want to imply that schizophrenia was the cause of pedophilia because no studies confirm that. He wanted to focus more on the consequences than on the fact of the abuse, otherwise it would have been sensationalized ”.

There are findings such as characters that change their names and identity. “A sister, Mary, a family rips her from there and takes her, she will be renamed Lindsay, as if her whole life before was a nightmare... but it is not, she is going to feel abandoned by her family and Growing up, she kept wondering why she was sent to another house. It was like a Charles Dickens story, with an orphan discovering things about herself.”

Some brothers experiment with drugs. “There are those who say that people vulnerable to mental illness should not use drugs because they cause psychotic breaks, in this family that is true in some cases, but not in others. Michael did not have the disease but, since he was taking drugs, they sent him to the hospital anyway, which made him very angry ”.

A friend of Patrick Radden Keefee, a reporter for The New Yorker who has published Empire of Pain on the Sackler family, the pharmaceutical millionaires behind America's opioid addiction crisis, Kolker says that “we talked a lot Of these issues, in the 60s the entire scientific world believed that they would find a pill capable of curing any psychological disease. This idea of ​​the pill as a panacea is absurd, an excess of confidence in pharmacological solutions. He admits that "medication has changed the lives of some people for the better, including some Galvin brothers, but they have many side effects, they are the same pills from 50 years ago, we have to go further."

What reaction have the brothers who are still alive had? “Some – not all – read the book months before it came out. For them, the important thing was to stay calm, they saw that it was not too sensational, but an attempt to understand. They are real people, with difficulties, they do not respond to the unfair stereotypes that we have, you could talk to them without it being a horror movie”.

Influenced by essays such as All Schizophrenias (Sixth Floor) by Esmé Weijun Wang or the books by Oliver Sacks, referring to fiction, Kolker mentions Psycho by Robert Bloch and says that "my book argues with One Flew Over the Cuckoo's Nest by Ken Lesey, because he turns mental illness into a social issue about who fits in and who doesn't, while I'm talking flat out about a sick family."