The Junts per Catalunya militancy will vote from midnight tonight and until Friday afternoon at 5:00 p. 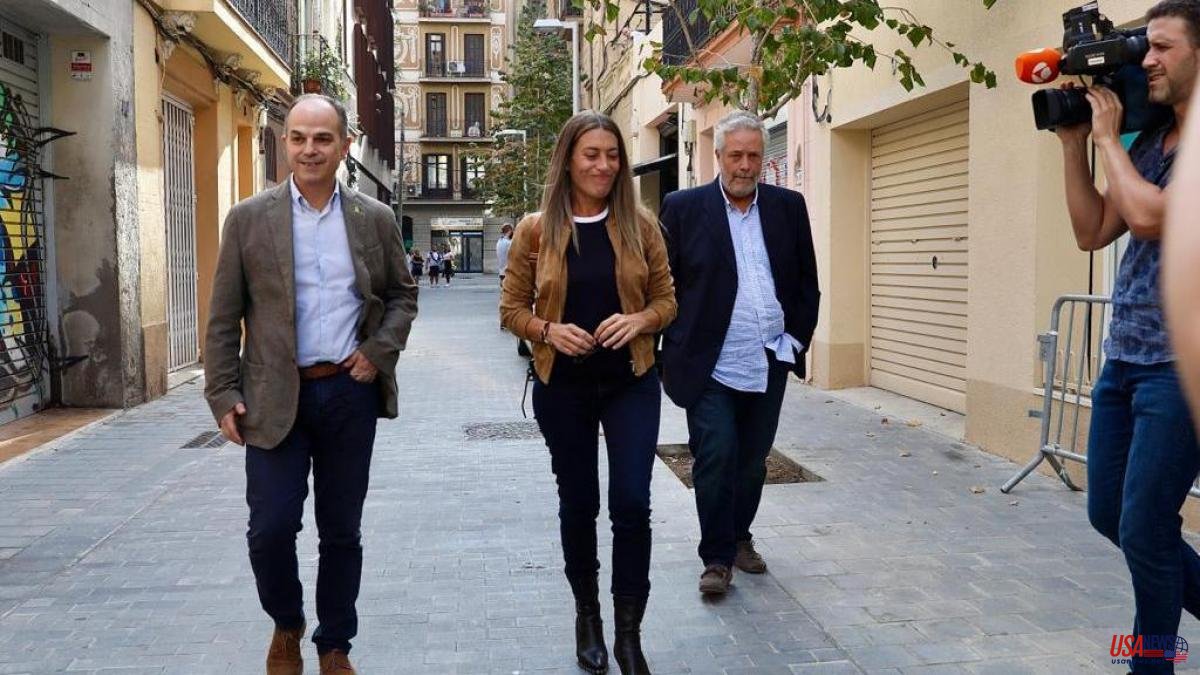 The Junts per Catalunya militancy will vote from midnight tonight and until Friday afternoon at 5:00 p.m. on the continuity of training in the Government of the Generalitat. The position of the general secretary, Jordi Turull, was one of the most anticipated, but the leader will remain neutral for the sake of internal cohesion.

Whatever happens, the formation must prepare for the municipal elections that will take place in eight months, and the leaders of JxCat will have to roll up their sleeves to reassemble the space, unite the party and mend the wounds that the vote that starts tonight may leave as a result. . "I put the neutrality claimed by the electoral syndicate at the service of cohesion and the strengthening of this great collective project that is JxCat", said Turull, who also shared the messages of former president Carles Puigdemont in which he defended open debate and internal processes in political formations as a wealth.

The electoral union, the body that ensures the neutrality and cleanliness of the internal process, this morning asked the organic positions and the political representatives in the institutions not to make use of their situation to campaign. Precisely Turull has welcomed that request to stay on the same page, although on Monday when presenting the query he had said that he would not put himself in profile and that he would say what he thinks to the members.

Since then, several political figures had asked the leader of JxCat to stay on the sidelines, especially considering that many cadres close to him were mobilizing for the party to continue in the Government when he had not yet positioned himself and it seemed likely that he would pronounce in tune with the president of the formation, Laura Borràs, to avoid divisions. The leader, for her part, has skipped the union's request and has said that she will vote against staying in Palau, as expected.

After that, the syndicate has demanded that the positions, which have continued as if nothing, be done "in a personal capacity" and that the corporate image not be used, after the body has been flooded with messages and complaints from the affiliates.

The communications of this body, made up of the former minister and president of the Port of Barcelona, ​​Damià Calvet, the parliamentary spokesperson in the Catalan Chamber, Mònica Sales, the leader in Congress, Míriam Nogueras, and the organization secretary, David Torrents –the The first three are close to Turull and the fourth, to Borràs–, have come after many leaders have already said what they think, including the former president of the formation, Puigdemont, who has shared an article favorable to the breakup of the Executive of one of the vice presidents of the party, Josep Rius, who is also a spokesman, was his chief of staff in Palau and is one of the few authorized voices of the former president.

The majority of ministers are in favor of maintaining the coalition, but the head of Research and Universities, Gemma Geis, who now also has the powers of the dismissed Jordi Puigneró on an interim basis, has assured today in the plenary session of the Parlaemnt that if it is not fulfilled the Government's pact and the Catalan university system is defended in unison in Madrid, she does not see herself capable of continuing as Minister. “I will not be able to do my job if we do not work on this complicity from here”, she said during the control session in the hemicycle, in an intervention that sounded like a reproach... and a farewell.

In that control session, Aragonès and Albert Batet, president of the Junts group, in their exchange, have lowered the tone, but the president has demanded "maximum loyalty" from his partners if they finally remain in the Government, both from the ministers and to the parliamentary group.