Turull urges the independence movement to

The second congress of Junts per Catalunya, which began in June in Argelers and concluded this Sunday in l'Hospitalet de Llobregat after the approval of the documents that will serve to guide the party's action, has reflected the refusal of the formation to the table of dialogue between governments that Esquerra and PSOE agreed on in 2020. 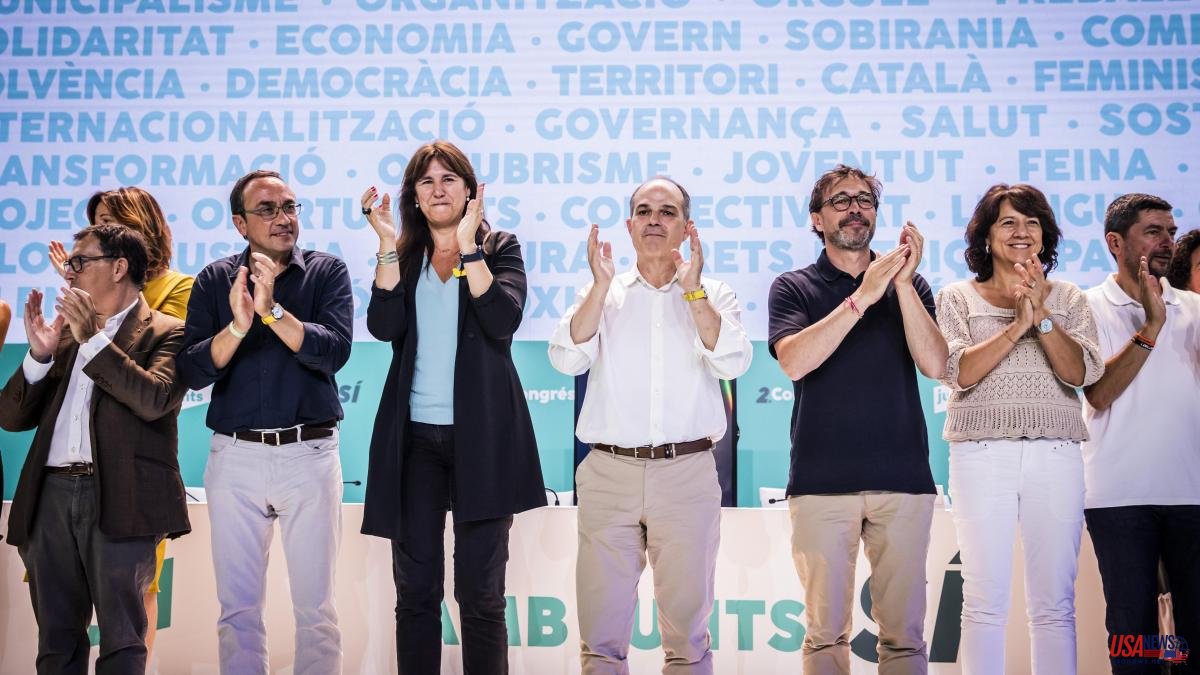 The second congress of Junts per Catalunya, which began in June in Argelers and concluded this Sunday in l'Hospitalet de Llobregat after the approval of the documents that will serve to guide the party's action, has reflected the refusal of the formation to the table of dialogue between governments that Esquerra and PSOE agreed on in 2020. The alternative proposed by the formation is to "recoup complicities" within the independence movement and "go back to action".

Jordi Turull, general secretary, reinforced throughout the congressional process in all the votes both for the members of the management and in the training roadmap and its internal organization, has claimed this Sunday at the La Farga complex in the second city ​​of Catalonia "not waiting to be more to take action", and, instead, has advocated "taking action again to be more". An axiom that collides with the ERC strategy, with whom the discrepancies regarding the negotiation with the central government have also become clear.

The political document advocates completing the mandate of the 1-O referendum and calls for the fifth anniversary of the referendum to be a turning point. But for all of this to be possible, he has previously pointed out, it is necessary to "recover complicities, set aside reproaches and reinforce assets", highlighted the general secretary of JxCat, who stressed that it is also convenient to "eliminate the liabilities that prevented the declaration of independence from being sustained ".

"We have to agree on a new route among all of us that stimulates the citizens. A route like that of a referendum or referendum, now the logic is independence or independence", Turull has sentenced in his closing speech of the conclave, in which he has reproached PSOE and PP to agree on a reform to modify the system of European orders.

"There is nothing to do. Some are trileros and the others are a mixture of Torquemada and Torrente, the stupid arm of the law," he pointed out about socialists and popular people after recalling that the State has "spied on them, they have invented evidence, it has been schemed to alter electoral results and elected officials have been disqualified".

In his speech, Turull also referred to the city of Barcelona, ​​for which they still do not have candidates and with the evangelical quote that the last will be first, he has indicated that they will come out to win, amid shouts from a sector of the public that chanted the name of Xavier Trias. The former mayor opened the door this week to be the candidate. "A political change in the city of Barcelona is a national urgency. Be very calm, because the last will be the first. We are the last to proclaim that we will win and we will win in Barcelona", he assured.

The party's president, Laura Borràs, who gave the last speech, also stressed that "there is no real negotiation" at the dialogue table and that "it is an alibi for the Government"." The invention of the dialogue table dialogue serves to anesthetize the problem", continued Borràs.

In addition, he has pointed out that the fact that his formation is "awake" is "bad news for Pedro Sánchez". "He does not want to face the problem because the solution is independence. We will be the driving force that moves the country and we are part of the solution," he reiterated.

Borràs has also pointed out that the Junts roadmap is an "amendment to all those who make it clear that the sewers do not exist, those who want to turn the page on 1-O" and those who say that independence "will come within 20 years old".