Turull: "Aragonese has two options, either a matter of trust or elections"

The day after the announcement of the JxCat del Govern march, the postconvergents await the reaction of the president of the Generalitat, Pere Aragonès. 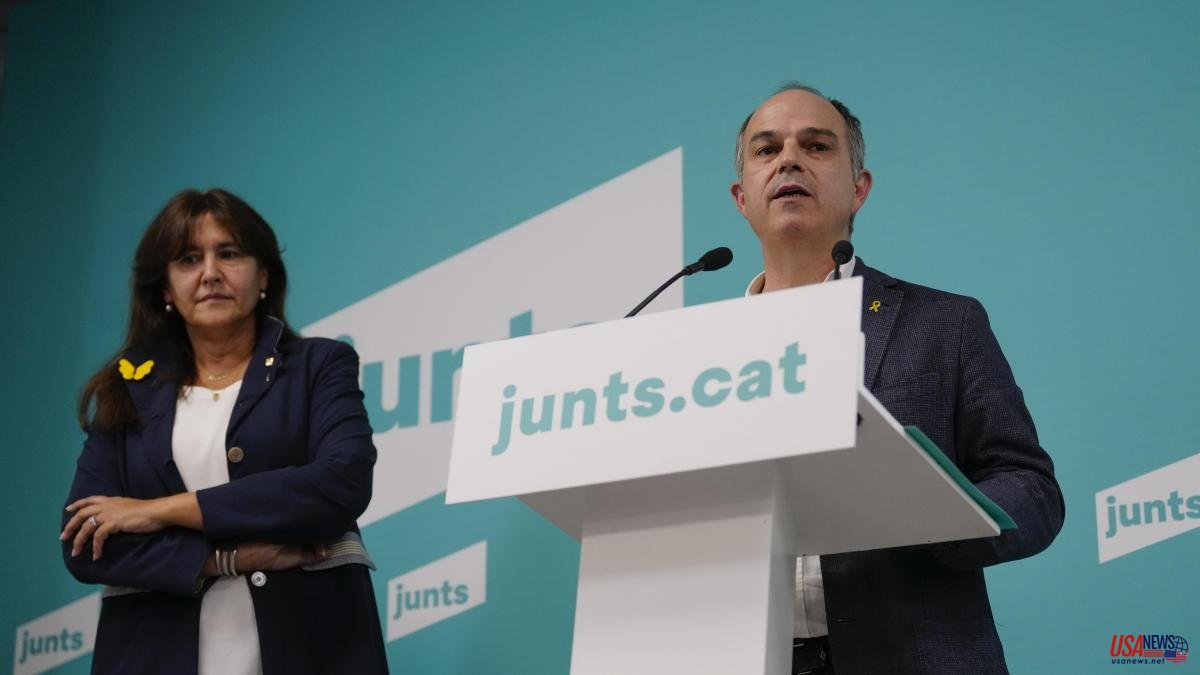 The day after the announcement of the JxCat del Govern march, the postconvergents await the reaction of the president of the Generalitat, Pere Aragonès. They understand that not only has he lost his support, in the form of 32 seats that facilitated his investiture, but also the 9 of the CUP. That is why they invite the president to make a reflection.

"In some European countries, when the president loses the support he had, he has two options: either a matter of trust or elections, there is no other", asserted Jordi Turull, general secretary of JxCat, in an interview with RAC1. "You You must be president with the support of the Chamber based on the commitments you have made”, he added.

Turull has recalled that his formation supported the investiture of Aragonès after some commitments were signed and that now it has been the president "who has left them behind". He has also taken the opportunity to respond to the ERC Minister Laura Vilagrà, who has made his formation ugly that he has "opted to break up the Government before his party."

“That is radically false”, Turull has argued. “What Junts has done is not opt ​​for comfort”, he snapped.

Turrull has defended that the decision to leave the Government makes them "stronger" and does not imply the end of the process, which "has not ended because the great driving force has been the people".

Likewise, he has ruled out a motion of censure – “we have not discussed it, right now it is not an option” – and has extended his hand to the Government: “In all spaces to promote independence, Junts per Catalunya will be there. We all need each other here."

However, he has hinted that they will have to analyze the budgets -prepared by the minister of his formation, Jaume Giró-, before endorsing them: “First you must see what budgets arrive. We don't know if it will be Jaume Giró's or if it will be used to make a series of touch-ups”.