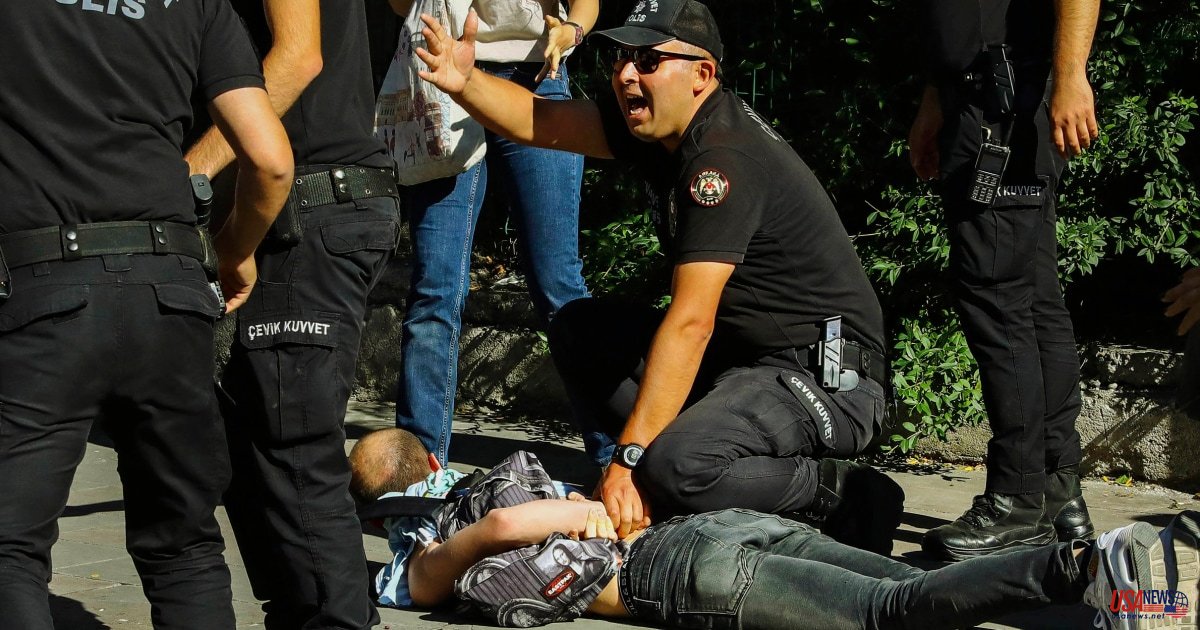 Turkish authorities banned LGBTQ events. However, around 50 people with rainbow flags marched towards a main park to celebrate the end of Pride Month.

The group was stopped by police officers from reaching the park and they detained them on a busy street in central Ankara.

Some marchers were forced down, angering passersby who tried physically to intervene or plead with officers to release them. They were pushed away by plain-clothed officers.

According to organizers, at least 30 people were held.

A small group Islamists who consider the LGBTQ community a threat held a counterdemonstration in the vicinity of the park.

The government has been harsh with groups who do not align with its religiously conservative views in recent years. Pride events have been accompanied by large numbers of arrests, tear gas and plastic pellets use by police.

After a ban on Pride events at Istanbul's end of last month, more than 300 LGBTQ individuals were briefly detained.