Turkey last night allowed the Russian cargo ship held off its coast since last week to turn around, towards a Black Sea port controlled by Moscow. 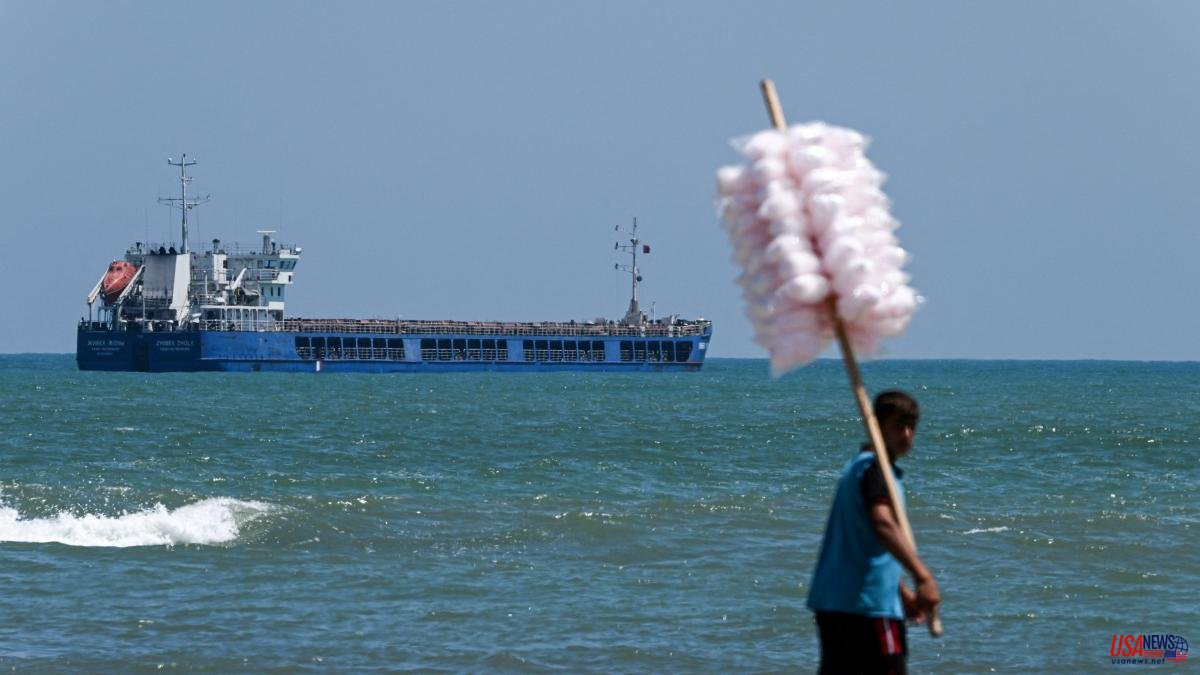 Turkey last night allowed the Russian cargo ship held off its coast since last week to turn around, towards a Black Sea port controlled by Moscow. The news has upset the Ukrainian Foreign Ministry, which claims to have provided evidence that the ship is carrying 7,000 tons of "stolen Ukrainian wheat." Kyiv has already summoned Turkey's ambassador to explain an "unacceptable" omission.

The Russian-flagged ship Zhibek Zholy set sail last Thursday from the Ukrainian port of Berdiansk, in the Sea of ​​Azov, now under secessionist control and the Russian army. She had been in the roadstead of the Turkish port of Karasu, on the Black Sea, for several days, without permission to disembark. Although Ankara claims to have subjected the ship to the required legal and sanitary inspections, it would have been impossible to determine the exact origin of the grain.

Turkey, with an annual inflation of 80% and a huge dependence on grain that comes from the Black Sea, does not seem willing to put the entire Russian merchant marine under suspicion, as the Ukrainian government demands. So it would have opted for a middle way, not allowing disembarkation but not seizing the cargo either.

As is known, Ankara does not apply the sanctions agreed by the US and the European Union to Russia. Thanks largely to Russian tourism, with a reduced number of holiday destinations, Antalya's Mediterranean airport has just broken its landing record. Most Turkish ATMs also now accept Russian credit cards.

Several companies that own silos in the Russophone areas of Ukraine invaded by the Russian army have been denouncing to the Kyiv government for weeks what they describe as "theft" and illegal exports by Russia. Under suspicion, three cargo ships operating from ports in Crimea, the overwhelmingly Russophile peninsula under Russian control.

Turkey is mediating between Ukraine and Russia to reach an agreement under the supervision of the United Nations that allows the resumption of Ukrainian grain exports through safe corridors. President Volodimir Zelenski assures that 22 million tons of Ukrainian grain are blocked and that the same could happen with the autumn harvest, of 60 million tons more. The consequences could be dramatic in several countries of the South, starting in December.

Clinging to this perspective, other partners within NATO, such as the now disgraced Boris Johnson, have explored forceful measures, such as the entry of warships into the Black Sea to escort the Ukrainian cargo ships held in Odessa. Ankara, which does not want to add fuel to the fire, clings to the letter and spirit of the Treaty of Lausanne, which allows it to close the Dardanelles and the Bosphorus to the transit of any navy, in time of war.

Moscow, for its part, passes the buck, blaming the shortage on Kyiv - for having mined its own ports - as well as Western sanctions, which make paying for Russian goods a risky, if not impossible, odyssey.