The Oath Keepers ultra and militia group planned "an armed rebellion to destroy the foundations of American democracy" when, on January 6, 2020, many of its members and thousands of others violently occupied the capitol with the result of 9 fatalities. 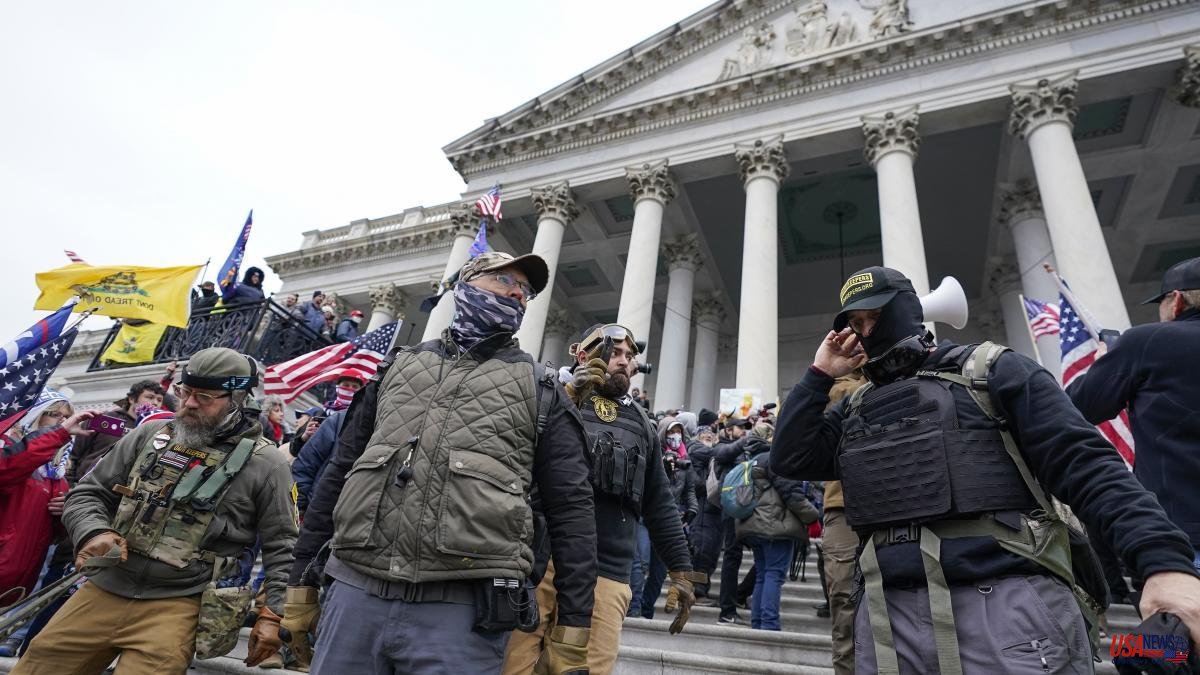 The Oath Keepers ultra and militia group planned "an armed rebellion to destroy the foundations of American democracy" when, on January 6, 2020, many of its members and thousands of others violently occupied the capitol with the result of 9 fatalities.

In this way, it was raised this Monday by the prosecutor of the case that from today is being followed in a Washington court against the leader of the gang, Stewart Rhodes, and four other leaders of what is considered one of the most violent and dangerous extreme right-wing organizations. from the United States.

The central accusation is of a crime of conspiracy for sedition, punishable by up to 20 years in prison. According to Deputy Federal Prosecutor Jeffrey Nestler, the defendants committed this crime by setting up and executing their measured plan to prevent the peaceful transfer of power after the presidential elections that Joe Biden won over Donald Trump in November 2020.

"His goal was to stop by any means necessary the lawful transfer of presidential power, including taking up arms against the United States government," Nestler said, presenting his initial report at the start of a hearing expected to last between five and seven weeks.

The prosecutor recalled the open letters that Rhodes posted on the group's website, as well as the encrypted messages that he exchanged with his accomplices. In some of them, the ultra leader spoke of waging "a bloody and desperate fight" to keep Donald Trump in power; a battle that would inevitably lead to "civil war," he wrote.

And "they did," Nestler said. "They didn't go to the Capitol to defend or help; they went to attack," he emphasized. And they didn't just attack Congress, not just the government, but our own country."

According to the Public Ministry, Rhodes and the also prosecuted Kelly Meggs, Thomas Caldwell, Jessica Watkins and Kenneth Harrelson spent months preparing the assault on the US parliamentary headquarters.

The Guardians created "Rapid Reaction Forces" and organized training sessions, including one that was recorded on video, set to rock music.

It wasn't a game. The combatants amassed an important "war" arsenal at the Comfort Inn hotel in Arlington, Virginia, 15 kilometers from the Capitol, with the intention of using it if they saw fit. In the days leading up to the assault, Rhodes spent more than $17,000 on gun parts, ammunition and other items, the US Attorney's indictment says. They did not use them, but they did attack the police officers who tried to restrain them in other brutal ways.

Rhodes never entered the Capitol. He preferred to stay out of it, Nestler noted, "like a general dominating a battlefield, surveying and directing the operation while his troops stormed inside."