Former President Donald Trump mobilized and united the extreme right in the United States with his “call to arms”. 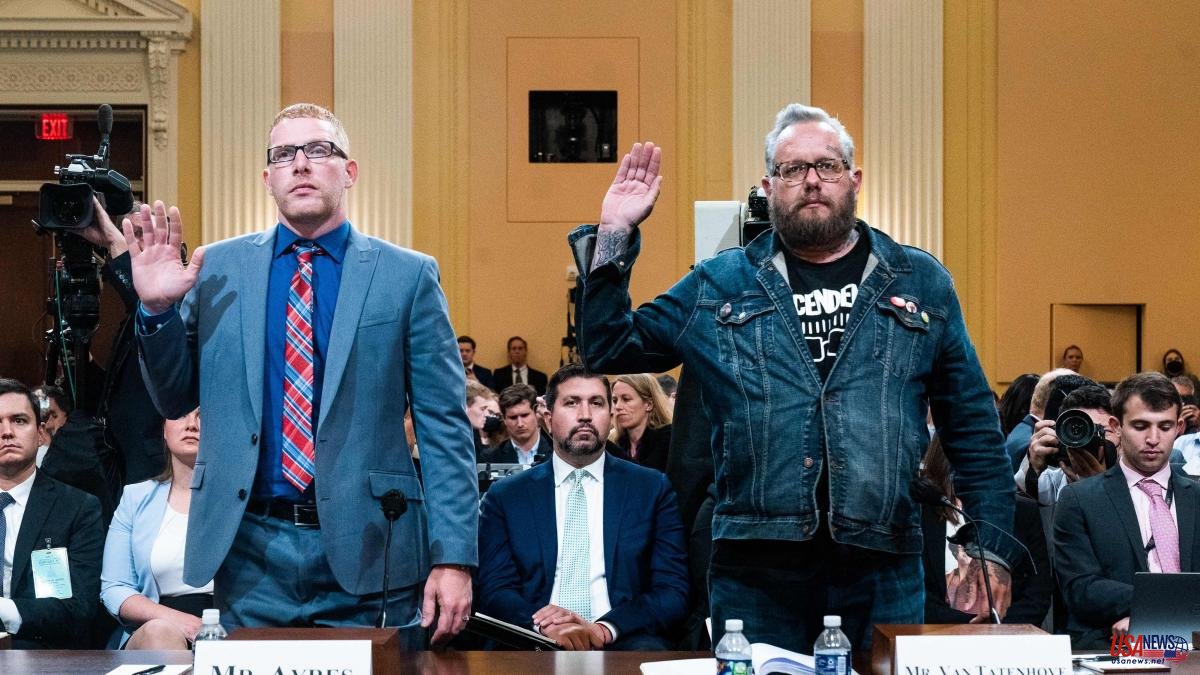 Former President Donald Trump mobilized and united the extreme right in the United States with his “call to arms”.

That mobilization carried by Twitter, "openly homicidal" according to a member of the investigative committee of Congress, sought on January 6, 2021 to forcibly revoke the result of the polls, knowing with absolute certainty that he had lost the elections. Even her daughter Ivanka hoped in vain that she would grant victory to Joe Biden in the face of legal blows for her lies.

Trump's portrait is getting worse and worse. Republican Liz Cheney, one of her scourges, denounced that the former president "tried to contact a witness not seen in these hearings." That person did not respond to Trump's call and alerted his attorney. The committee has passed this information on to the Department of Justice.

This is how the seventh session concluded yesterday in which the committee focused on gathering evidence that the march in Washington was not spontaneous, but rather consisted of the embodiment of a strategy designed by Trump when he knew he was the loser.

In an unseen text message, former Trump campaign manager Brad Parscale acknowledged that the then-president's rhetoric sparked the violence and, instead of fulfilling the oath to protect citizens, caused "someone to die." . He sent it to Katrina Pierson, one of the organizers of the January 6 protest. “A president calling for a civil war. I feel guilty for helping him win," added Parscale.

Donald Trump's style has always followed the same tactics. The fault always belongs to someone close to him.

The current of exonerating the former president for what happened on January 6, 2021 makes no sense, Cheney remarked. “In his position, no rational or sane being could ignore the information and conclude the opposite. And Donald Trump cannot escape responsibility for him,” Cheney said. "He is a 76-year-old man, not an impressionable child, and he has to answer for his actions," he insisted.

The trigger is found in the tweet that Trump sent in the early hours of December 19, 2020, after a stormy six-hour meeting in the Oval Office in which the conspiracies of the "crazy", such as his lawyers Rudy Giuliani and Sidney Powell, they lost to the sane like Pat Cipollone, a White House adviser who explained to the committee the absurd proposals to nullify the polls.

In that tweet, Trump encouraged people to go to the Washington protest: "It will be wild." This unleashed the fervor of far-right groups –such as Oath Keepers or Proud Boys–, among whom a plan was developed inciting to “kill” all Democrats. They spoke of the “red wedding” in allusion to the fictional massacre in the Game of Thrones series. Michael Flynn and Roger Stones, two of his former advisers, acted as liaisons with the paramilitaries.

Stephen Ayres, who entered the Capitol (condemned), confessed live that he went "because of the president's tweets." Trump knew what was coming and never wanted to lower the tension or call off the meeting. They say he was happy.