“Trump lit the flame of the coup”

“Those who invaded our Capitol and fought the police for hours were motivated by what President Donald Trump had told them: that the election had been stolen from him and he was the rightful president. 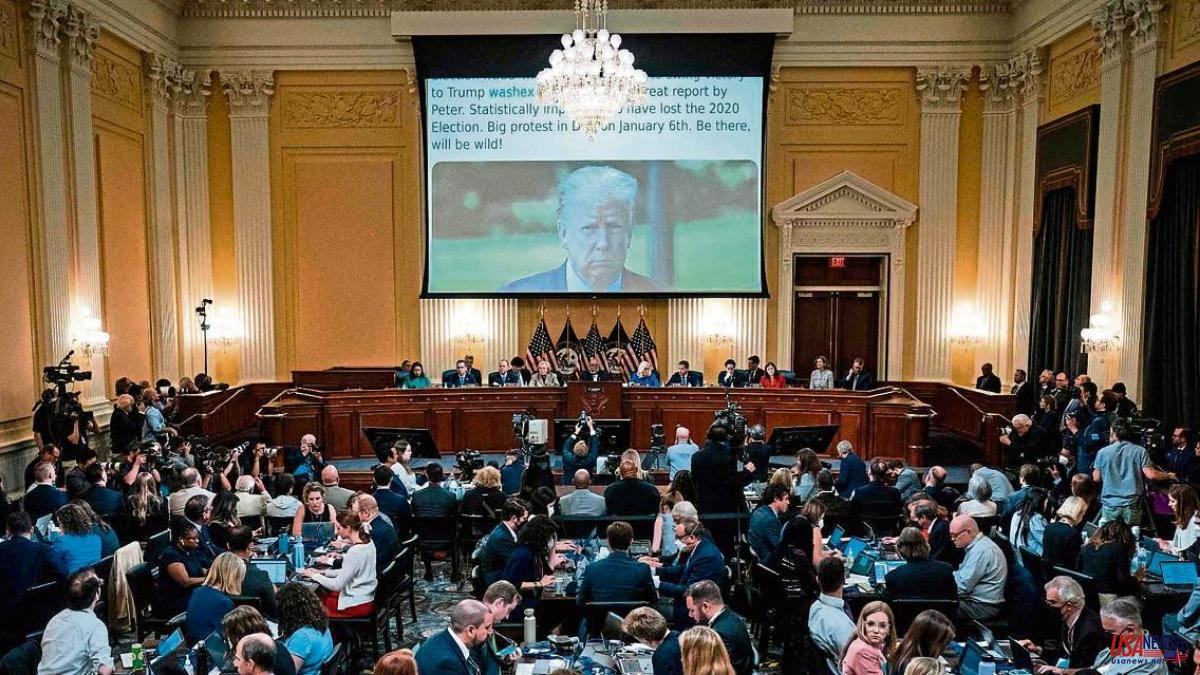 “Those who invaded our Capitol and fought the police for hours were motivated by what President Donald Trump had told them: that the election had been stolen from him and he was the rightful president. He summoned the insurgents, gathered them together and lit the flame of this attack."

The phrases are not from a member of the Democratic Party. They were delivered on Thursday night by the conservative and Republican deputy of the United States Congress Liz Cheney, in this case as vice president of the House of Representatives committee that investigates the bloody assault on Capitol Hill by thousands of Trump supporters, on January 6 of 2021: according to her, "a flagrant violation of the law and the Constitution aimed at changing the result of an election (the presidential elections of 2020)"; according to the chairman of the committee, Democrat Bennie Thompson, “the culmination of a coup attempt in a brazen and violent, but not accidental, attempt to overthrow the Government” by annulling the results of the presidential elections.

Thompson and Cheney expressed themselves in this way in the introduction of the first and careful televised hearing of the 6-E investigation committee after 11 months of work that includes carrying out a thousand interviews and examining more than 140,000 documents.

A video with harsh and unpublished images of the assault and a collection of forceful statements by former advisers and relatives of the former president; of a Capitol police savagely attacked by insurgents; of a documentary filmmaker who witnessed a meeting of ultra leaders involved in the rebellion, as well as some of the aggressors convicted or accused of sedition, served to prove the extent to which Trump orchestrated the greatest attack on democracy in this country.

The recorded testimonies of former Attorney General Bill Barr and the daughter and former adviser of the still Republican leader, Ivanka Trump, were resounding and defining. Barr recounted how he had snapped at Trump that his accusation of fraud in the presidential elections seemed "nonsense" without any basis. And then, when Ivanka Trump was asked by investigators what she thought of that trial, she said, "I respect Attorney General Barr, so I accepted what he said."

In the second part of the session, which lasted two hours and which will be followed by another five in the next two weeks, the committee also showed recorded statements that would prove the coordination between Trump and the ultra groups that took the lead in the assault: the Proud Boys and the Oath Keepers.

Members of both formations sentenced for the events, resulting in nine deaths, agreed that Trump had "called" them to participate in the rebellion against Congress, obviously to stop the ratification of the electoral result.

Documentary filmmaker Nick Quested, who had been working with the Proud Boys for weeks without knowing what they were up to, indicated that more than two hundred of them who attended the rally where Trump warmed up the mob that morning headed for the Capitol before the president began to speak. It would seem that, as Thompson indicated, they wanted to do a preliminary exploration of the terrain, look for weak points in the police surveillance of the building and thus determine the points of penetration to invade it. The video of the attack, with scenes of bestial assaults on police officers taken from officers' body cameras, depicted a perfectly planned and timed operation to take over the Capitol.

One of the ultras who led the attack appeared in the video reading, as if it were a military harangue, one of the tweets with which Trump had denounced the alleged fraud and called to rebel against him. Many of the insurgents, 810 arrested but only 65 sentenced to prison terms so far, sought out Vice President Mike Pence that day to kill him for refusing to annul the ratification of Joe Biden as the legitimate winner of the presidential elections. “Hang Pence!” they yelled. Trump didn't think it was bad. As revealed by Liz Cheney, the comment from the still president was: "They may be right and Pence deserves it."