Great turmoil in the Republican corral of the United States. 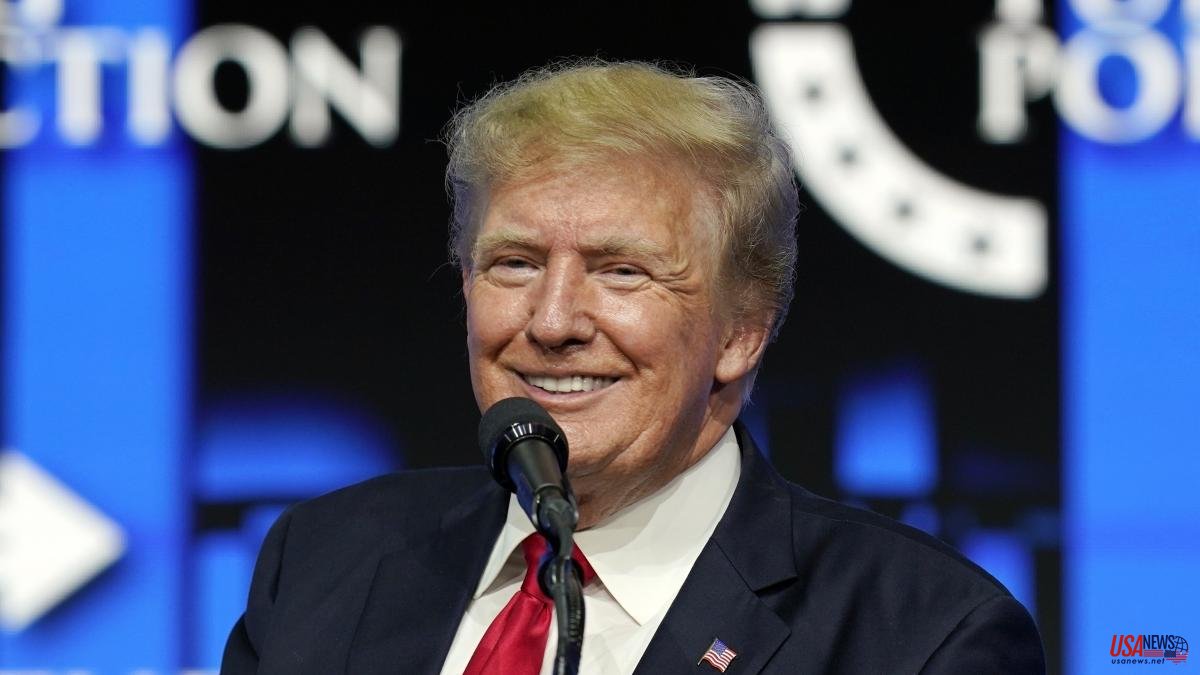 Great turmoil in the Republican corral of the United States. The boss is saying that he wants to launch his candidacy for the 2024 presidential elections now. The usual thing is to wait until the previous year and wait at least for the half-term elections for renewal of the Chambers to pass, which now take place in November. But suddenly the leader has entered the rush. His gossips add various reasons for anticipation, but one stands out above the rest: the advances of the committee that investigates the assault on the Capitol on January 6, 2021, especially since the bombshell testimony of former adviser Cassidy Hutchinson, tighten the siege on the Donald Trump's responsibility in the coup attempt, and an early announcement of his 2024 candidacy could act as a deterrent to the filing of criminal charges against him.

The attorney general and head of the Department of Justice, Merrick Garland, perhaps the man who has in his hands the hottest potato in the world, shows no signs of going to propose as soon as possible the indictment of Trump for the crimes that numerous jurists and even Some judges believe it is possible to charge him with: seditious conspiracy, conspiracy to defraud the US, and obstruction of Congressional procedure in the certification of Joe Biden's victory.

Garland appears to be waiting for further development of parallel inquiries from his own department and the 6-E committee. On the anniversary of the assault, the attorney general insisted on the need to collect evidence and track the money. And he suggested that he would go from the bottom up in search of the culprits, beginning with the material authors of the insurrection, which left nine dead, to conclude with the organizers and instigators of the riot.

It stands to reason that Garland would also conscientiously weigh the consequences of bringing the first criminal indictment against a former president in the country's history: a particularly tricky challenge when that former president is the more than contentious Donald Trump.

But Hutchinson's revelations about how the president tried to join the mob that would assault the Capitol knowing that he was armed, added to the mountain of statements from other former advisers and prosecutors who warned him of the illegality of his maneuvers against the non-existent " electoral fraud" in the 2020 presidential elections, have multiplied the voices in favor of legal action before the courts... An action that would be much more difficult to undertake if the accused, in addition to being a former president, became an aspiring candidate to compete in new for the job.

From the outset, and as the leader himself would have said to those closest to him, a formal announcement to that effect would reinforce his thesis that the investigations against him are politically motivated.

But Trump would have other compelling reasons to advance his candidacy to the Republican presidential primaries. One is to stop the rapid progression of what is emerging as his main rival in those primaries, Florida Governor Ron DeSantis, who would be under pressure to clarify whether he wants to compete with Trump. The irruption of the former president would also tend to stop the loss of support for his candidates for the November legislative primaries. And it would exploit Biden's moment of maximum internal weakness due to the economic situation and his defeats in Congress and the Supreme Court.

While you think about it, the Trump machine does not relent in its pressure on potential prosecution witnesses against him. The vice president of the 6-E committee, Republican Liz Cheney, reported "serious" cases of intimidation through messages directed at the declarants. Although she did not name names, one of the recipients would have been Hutchinson.

Cheney did show texts of a couple of messages: “A certain person told me that you are going to testify tomorrow and he wants you to know that he is thinking of you. He knows you are loyal and will do the right thing. Sleep well tonight. You have friends in the heights ”, said one of those messages. The letter and the tone were almost nailed to those of the email that Michael Cohen, the leader's former lawyer, received before his statement against the then president, in 2018. And Cohen, whom Trump called a "rat" after his testimony, says now that the Republican boss has always done the same thing: "He acts like a mob boss," he says without cutting himself off.