An attorney for Trump signed a letter in June attesting that all the classified material had been returned and that there was nothing left in Mar-a-Lago, Florida. 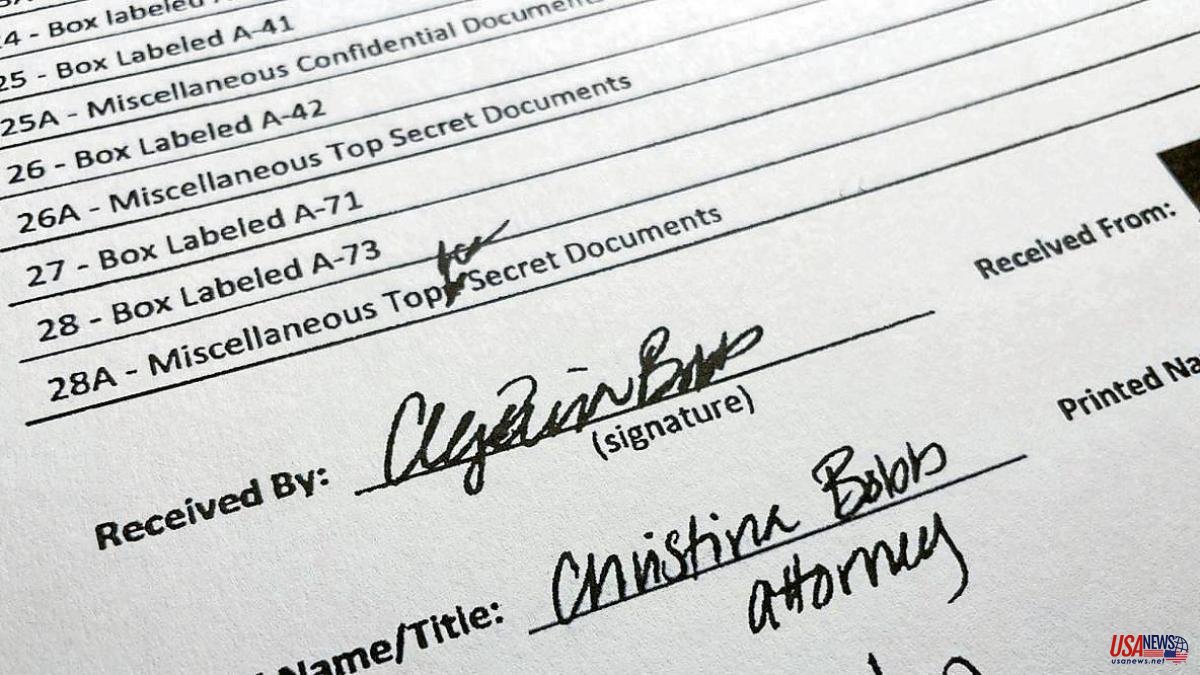 An attorney for Trump signed a letter in June attesting that all the classified material had been returned and that there was nothing left in Mar-a-Lago, Florida. This document demonstrates the reason for the mistrust of the Department of Justice and explains the unprecedented action that was taken.

FBI agents entered the mansion of the former president on Monday and recovered 20 boxes of papers.

Among this material are eleven packages of documents marked as "classified / TS / SCI", top secret abbreviations and compartmentalized sensitive information, according to the summary of the material recovered last Monday. Under that label would be secrets about nuclear weapons, which not even a president can declassify at a stroke of the pen, as Trump argued once the data became known. He also added that the deployment was not necessary, that he would have delivered the material, although the facts deny it.

The question that analysts are asking: why did Trump take out those documents?

The search warrant was extended to search "all physical documents and records that constitute evidence, contraband, proceeds of crime, or other items illegally possessed," in possible violation of three criminal precepts.

One of these is the violation of the Espionage Law, which prohibits gathering, transmitting or losing information related to national defense and which can carry a sentence of up to ten years in prison.

The other two precepts consist of obstruction of justice and criminal handling of government files.

Details in the entry warrant underscore the seriousness of the case, which would explain the unprecedented action taken against a former US president. In the recovered material there could be not only reports on nuclear capabilities, but also documents that would reveal the identity of intelligence sources.

That Trump may be a spy or an infiltrator, as some ironically said this Saturday, led to not all Republicans tuning in to the same wave. Some moderated his speech against the Department of Justice because they do not rule out more harmful things appearing.

But other radical Trump legislators, such as Marjorie Taylor Greene or Jeff Duncan, continued their attack on the FBI. That rhetoric is linked to the action taken on Thursday by Ricky Shiffer, 42, a Navy veteran, who tried to enter the FBI offices in Cincinnati, Ohio, armed with an AR-15 rifle. Shiffer, who participated in the assault on the Capitol on January 6, 2021, was killed in the pursuit. Before his action, he anticipated on Trump's social network what he was going to do. In another of his posts, he advised "be ready to kill the enemy."

Republican lawmaker Dan Crenshaw urged caution. “I'm impressed,” he said, “that the Democrats have managed to get us to ask not to fund the FBI. It makes us seem unserious."