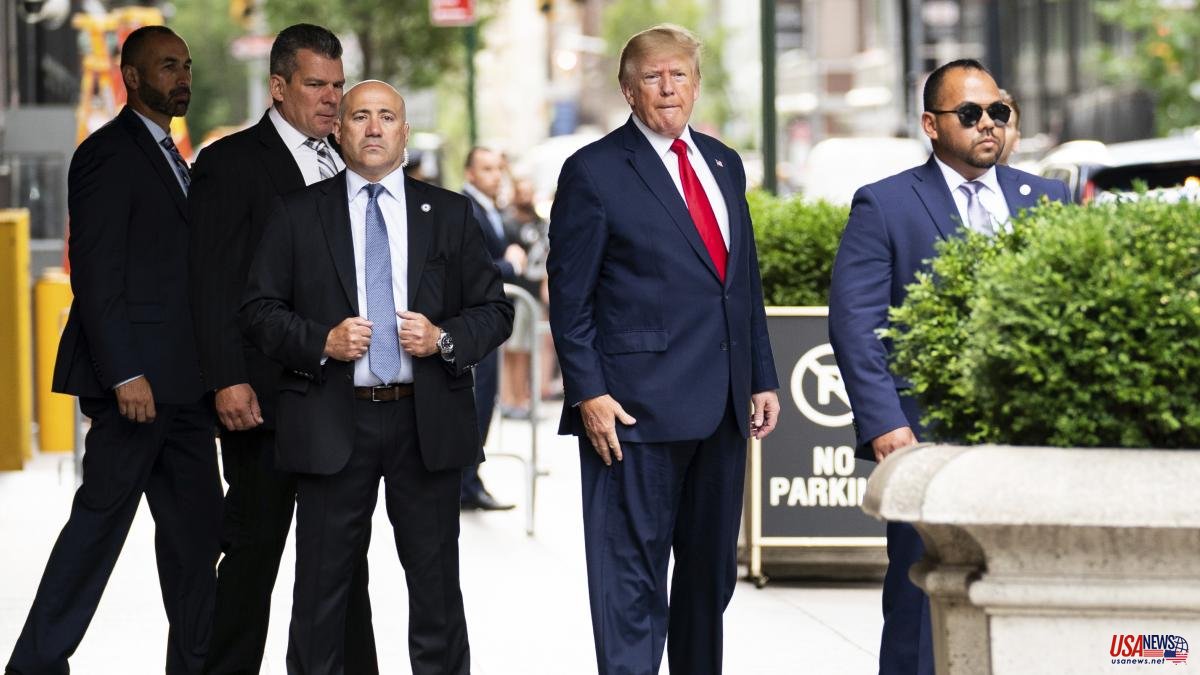 Trump appealed to the fifth amendment, the right to remain silent so as not to incriminate himself, and to avoid answering questions in the civil case about his company's finances and the alleged tactics to modify economic conditions and take advantage of getting loans. and avoid paying taxes.

In a statement that was made public when he had already arrived at the Manhattan offices of the state prosecutor's office, whose head he had previously accused of being "racist" (James is African-American), Trump announced his decision that, as it is popularly known, "it will be welcomed the fifth”. Coincidentally, his appearance occurred two days after the FBI entered and searched his mansion in Mar-a-Lago (Palm Beach-Florida), because the summons was for mid-July. He had to be postponed due to the death of Ivana Trump, his first wife and mother of his three oldest children. Precisely these three, Donald Jr., Ivanka and Eric also clung to this right to remain silent during interrogations.

"On the advice of my lawyer, I decline to answer the questions under the right and privilege that the Constitution guarantees to all citizens," argued the former president in his statement. Once the interrogation began, sources from the prosecution acknowledged that he did not answer the questions.

He himself had to defend himself against his previous pronouncements, when it was others who appealed to that amendment. "I once asked myself, 'If you are innocent, why do you appeal to the fifth amendment?' Now I know the answer,” he stated. "When your family, your company and all the people in your orbit have become the target of a baseless and politically motivated witch hunt, supported by lawyers, prosecutors and the fake media, you have no choice." he pointed.

And he added that "I have had absolutely no other alternative because the current administration and many accusers in this country have lost all moral and ethical limits of decency."

However, Trump also had another reason to seal his mouth, also avoiding under oath his well-known tendency to fabricate and lie, because the Manhattan prosecutor, Alvin Bragg, maintains a criminal case regarding similar matters about alleged fraud in his businesses.

Shortly before leaving his residence in the Trump Tower on Fifth Avenue, the president made a post on his social network in which he despised Letitita James, whom he described as "a radical in the hunt for witches" and a continuation of “the great persecution” in the history of the United States. “My big company and myself are being attacked from all sides. Banana Republic,” he wrote.