Trump and Republican ultras are now launching against trans rights

“I came to the United States when I was 17 years old,” recalls Salvadoran Aylén Sánchez at the beginning of what will be a talk that will last more than an hour, in a meeting room in downtown Washington, DC. 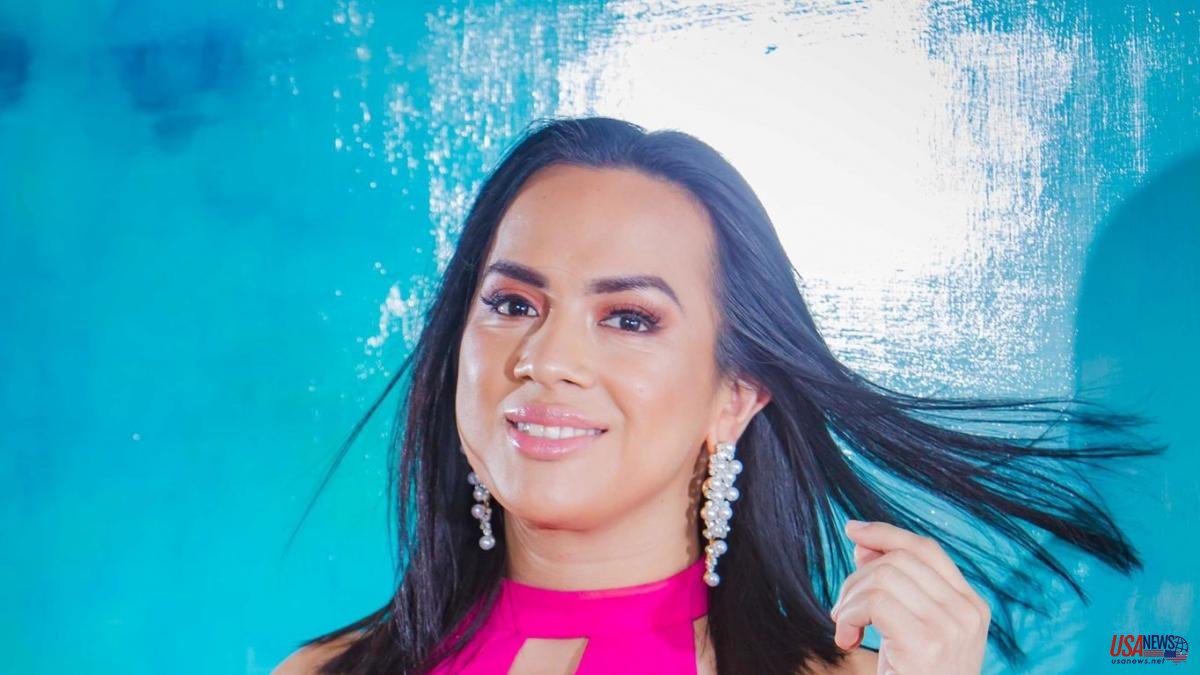 “I came to the United States when I was 17 years old,” recalls Salvadoran Aylén Sánchez at the beginning of what will be a talk that will last more than an hour, in a meeting room in downtown Washington, DC. She explains to Aylén that she emigrated to this country in search of the vital oxygen that in her land everyone denied her for the mere fact, the scandalous fact, of striving to be what she felt she was: a woman. A woman born with the physiology of a man and baptized Javier Amaya, but a woman nonetheless. "It was clear to me from a very young age," she stresses.

When she was 12 years old –Aylén continues– the friend of one of her cousins ​​raped her. She didn't say anything because her guy threatened to kill her. It was the most dramatic episode of an unhappy and orphaned childhood between her house in Cacaopera (department of Morazán) and that of an aunt in the city of San Salvador. A badly lived childhood under continuous contempt, ridicule and aggression from classmates, neighbors and relatives; with some support from some relatives but without the understanding of almost no one. “They hurt me. I suffered a lot,” she admits.

That suffering, although without disappearing, was tempered and transformed into something different on the day of his particular rebellion against the world, that world, "when I decided to let go and say how I felt and what I thought," he explains. Then came the scandal: a roar before which he saw no other way out than to emigrate to the United States, at that time the cardinal point of hope. "My older sister lived in North Carolina and I was clear that here in the states people had a more open mind, so I had almost no doubts."

Aylén assures that she cannot complain about the harshness of the journey of more than two weeks that she made through Mexico, heading to Texas, when she decided to take the leap. “I only had two terrible days when I crossed the desert. I didn't have enough food, I was very thirsty and had to walk I don't know how many kilometers under the sun, between mosquito bites. At night, a very fat snake ran over my body. I remember how heavy I was and how cold I was. That huge thing ran through my body while I contained myself so as not to move or scream "... But the rest, she clarifies, "it was a tour of Mexico."

It is evident that now, at 30 years old and with two jobs as a restaurant receptionist that allow her to get by, Aylén is positive when she remembers that trip and the vital ups and downs she experienced in the following years during the construction of her new life between New York, Asheville (North Carolina) and finally the nation's capital. Here she received help of all kinds, including psychological and medical, through associations and consultants to support the LGTBI community. The city of Washington, as much or more than San Francisco and New York, is particularly friendly with this group and its causes.

But a fear now hangs over Aylén and all the people who, in the presumed land of freedom and opportunities for all without distinction of race or condition, declare sexual and gender identities “different” from those given to them at birth. and grow. According to the American Civil Liberties Union (ACLU), hundreds of Republican state parliamentarians from a total of 35 states in the country, 27 of them controlled by the conservative party, have presented at least 162 bills so far this year aimed at restrict rights of LGBTI citizens. There are eleven more laws than those presented in all of 2021 and more than double the 76 launched throughout 2020. And although a large part of the projects have declined or been blocked by a court, or even vetoed by the governors, twenty-one of they have already been enacted, including the 18 targeted at trans. It is, after the Supreme Court ruling that abolished the right to abortion, the new ultra-conservative and Trumpist offensive in its battle against the advances of a society whose patterns of coexistence, parenthood, family and assumption of identity have radically changed from a few decades to this part.

Most of the legal texts promoted by the Republicans focus on the rules that must govern schools and universities –sometimes also in public establishments– with respect to transgender children and adolescents.

The state of Florida is a pioneer in banning teachings related to gender identity; North Carolina and Tennessee stand out for the projects that force these boys and girls to use the bathrooms corresponding to the sex under which they were born and which they have renounced, regardless of whether or not they have begun their sexual transition. And countless states have taken action against transgender women who want to play on girls' sports teams. It does not matter that the incidence of these cases is negligible, or sometimes even zero, and that only 1% of the female population declares itself trans, although obviously the proportion is growing among the youngest.

The case of Fischer Wells, a 13-year-old girl who last year enthusiastically signed up for the hockey team at her school, Westport Middle School in Louisville, Kentucky, is notorious. A month into the season, the center told her parents that Fischer would not be able to play because she was trans and state High School Athletic Association rules made it unfeasible for transgender athletes to play on identity-matched teams. of her gender. Soon, the school district reversed the exclusion. But in March, the Republican majority in the Kentucky Parliament passed a law that prohibits transgender women from playing on women's teams. It was about avoiding their "biological advantage" over players born as girls. It didn't matter that Fischer was at the time the only known transgender student athlete in the entire state.

The question of whether trans athletes benefit from some physical superiority over athletes whose sex coincides with their identity is analyzed, based on the available medical literature, in a report by the National Center for Biotechnological Information of the United States. The bottom line is that “there is currently no consistent research to suggest that transgender women have an athletic advantage at any stage of their transition (from cross-hormones to gender confirmation surgery). And so competitive sports policies that place restrictions on transgender people should be reconsidered and potentially corrected.”

Anti-trans policies occupy an increasingly prominent place in the discourse of Republican ultras. Rare is the rally in which Donald Trump does not display his best theatrical skills to make fun of trans athletes, almost always including a number about an imaginary weightlifting champion named Rita but who according to him is "a guy".

To put an end to the alleged abuses of the Rita of life that would be destroying women's sports in the US, the extreme right-wing Republican congresswoman Marjorie Taylor Greene has just presented a bill that would criminalize the reaffirmation treatments of gender of trans minors, now legal, and would punish those who provide medical care with up to 25 years in prison.

“What these Republicans are doing is very cruel. They despise and harm trans people without wanting to understand or for anyone to understand their situation because for them the essential thing is to seek votes among people who are unaware of and fear these issues," says veteran activist Jim Madigan, well versed in homosexual problems. and trans as a 30-year member of Washington's Gay Men's Chorus. Madigan has seen how many young members of the group have been "traumatized and even pushed to suicide by discriminatory pressure from abroad."

In contrast to the doubts raised by the arguments and motivations of those who promote the political offensive against trans people, the facts and statistics prove with crude certainty the serious damage that their attacks cause them. According to surveys by the aforementioned National Center for Biotechnological Information and the Trevor Project –permanent line of assistance and crisis prevention for LGTBI youth–, 42% of trans adolescents in general and 50.8% of those who have transitioned from female to male declare having attempted suicide at some time, with the rate of attempts among non-trans youth being 14% (17.6% in girls and 9.9% in boys).

Psychologist Rafael Málaga, established in Washington for 20 years and 60% of whose patients belong to the LGTBI community, believes that "political messages aimed at intensifying differences and people's fears are creating real oppression"; an oppression that, in the case of trans, "solidifies the feeling of fear and abandonment of some people who believe there is no room for them." The result, he adds, can be fatal.

Aylén Sánchez believes that "one should not live in fear"; you have to try to adapt. But she admits that it makes her dizzy to think of a setback that, in this matter, leads the United States towards territories close to the darkness that she left behind in her land, El Salvador. “I don't want to go back to that, please. No way. Never,” she begs.