Through the big door. 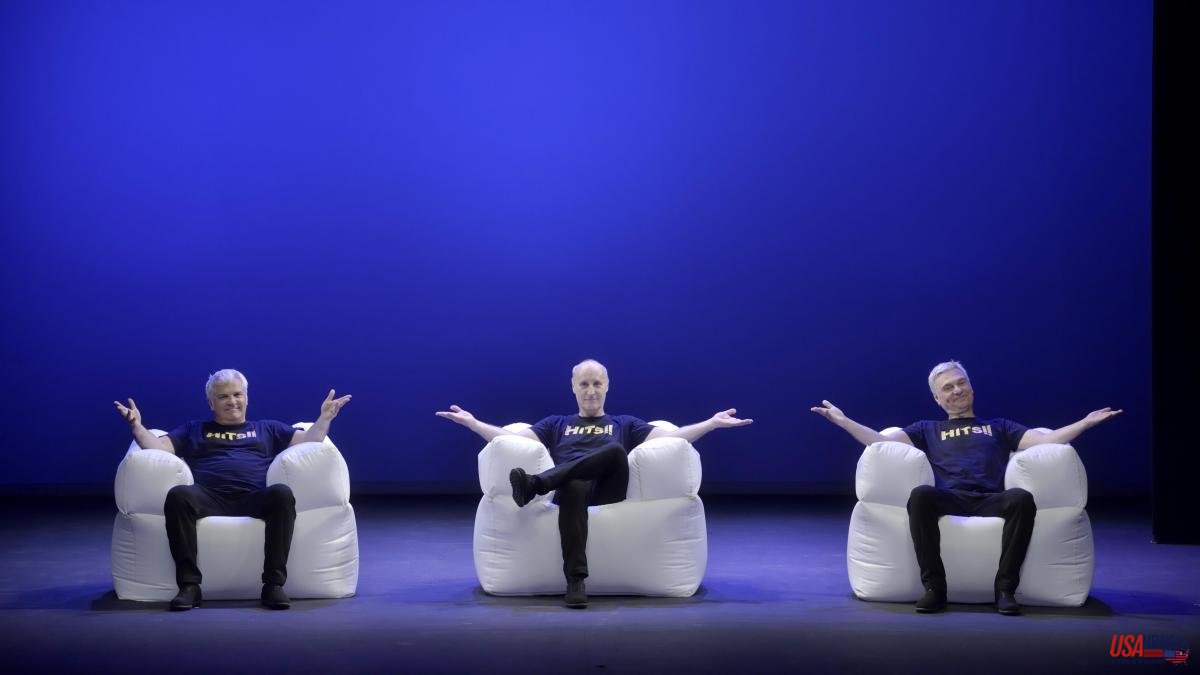 Through the big door. Or, in this case, on the emblematic stage of the Gran Teatre del Liceu. Tricicle will definitively say goodbye to its 40 years of success with five unique performances of Hits-cimpum! The Coliseum on the Rambla in Barcelona will host the humorous trio on November 26, 28 and 30, and December 2 and 4.

Joan Gràcia, Paco Mir and Carles Sans have decided to offer these last five performances to "get the thorn out" of the last season of Hits at the Coliseum theater, with which they said goodbye to their audience, but which was cut short by the pandemic at three weeks left to say goodbye.

With the irony that characterizes them, the three members say that, in reality, they “return to the Liceu” because they had already performed there: “A long time ago, in 82, as extras in The Story of a Soldier that presented Jérôme Savary with Le Grand Magic Circus; it was a student job, a small job offered to us, as compensation, by the businessman who told us that he would not program Manicomic because he found it boring”.

“Now, forty years later, which is said quickly but takes a long time to pass, forty years of touring doing the best we know how to do –collecting laughs–, we return to the headlining Liceu (and with a dressing room just for us) to put the final chimpum to our career on stage”, explains the company.

The show contains the best of Tricicle and with this onomatopoeic cimpu, now yes, they will put an end to a career of successes on a world scale. The company reveals that it will be one hundred minutes full of gags that everyone has in their memory.

Founded in 1979 as a gesture company by the same three current members, Tricicle began performing small sketches on the street and in alternative spaces when they were still students at the Institut del Teatre de Barcelona. In 1982 they made the leap to the professional circuit, premiering at the Sala Villarroel Manicomic, a success that chained many others over these four decades: Slastic, Terrific, Entretres, Sit, Garrick, Bits.

According to the company, "with this musical finale so typical of the Liceu –a resounding chimpum–, we will close a door to open a lot of windows with views of other worlds that will feed a curiosity that does not look like it will ever end" .

In fact, the three members continue to lead their private projects, which continue to enjoy the favor of the public.