A long hour of conversation. 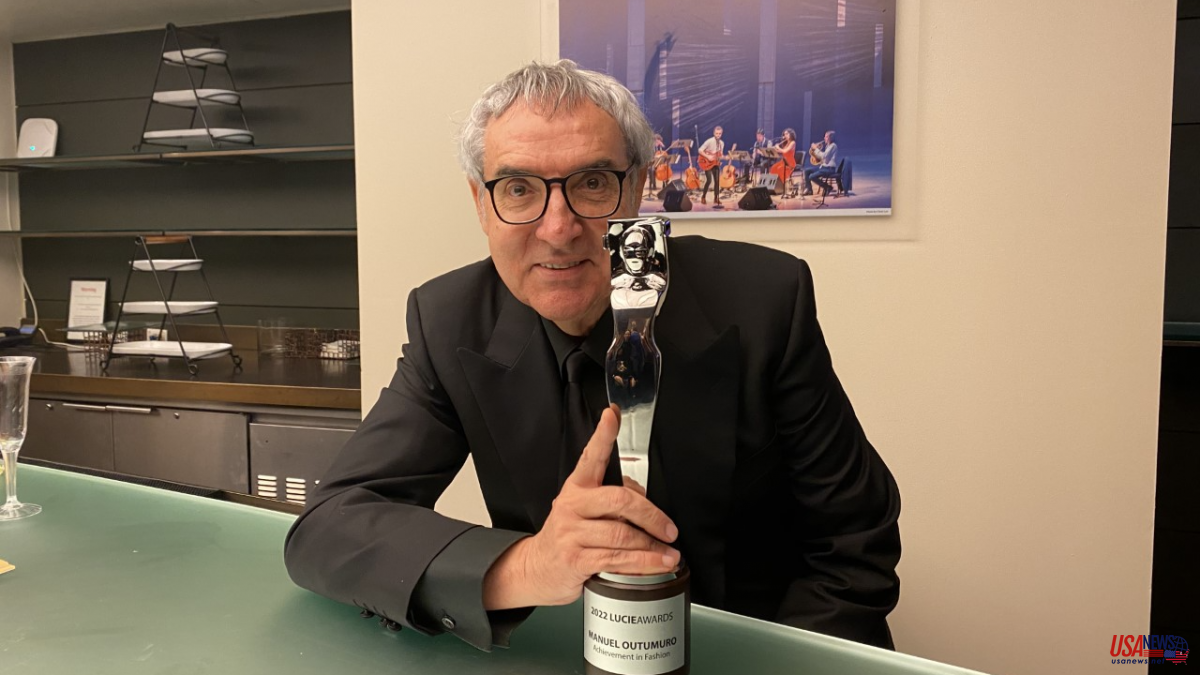 A long hour of conversation. About his Galician roots, “my parents were a photograph hanging on the wall”. The return of his parents from Venezuela and the move with them and his sister from A Merca (Ourense) to Barcelona.

His first graphic design studio. The discovery of New York in 1977, from which he left after several years of work when “people stopped having fun because of AIDS”. His return to the Catalan capital, to graphic design.

So until 1987, "by accident", he began to act as a photographer when he failed to collaborate on a report for the supplement La Vanguardia Mujer, a pioneering magazine in Spain that he designed.

More than an hour of exciting conversation and, already in the farewell, Manuel Outumuro, is surprised: "We have not talked about photography."

Because Outumuro, 73, came to the Big Apple to collect the Lucie Award in the fashion category on Tuesday night at Carnegie Hall, one of the most prestigious photographic awards.

Anne Morin, cultural curator and member of the jury, made the presentation of Outumuro in the delivery of the so-called "Oscar of photography". She described him as an outstanding representative of contemporary Spanish photography, author of elegant, brilliant photos. “I saw a few years ago how he worked in Barcelona and I understood that it was something special”, with a lot of intuition in his visions.

In a video about his work, filmmakers or actresses such as Isabel Coixet and Rossy de Palma praised his work. "He is the master of photography, the true one, the classic," remarked the actress.

In his speech, Outumuro began precisely by recalling that photograph of his parents hanging on the wall, which created a sense of absence in him and conditioned his childhood and his way of understanding life, in a game between reality and what is visualized in the imagination. He reflected that photographers breathe life with their flashes, but this never overshadows the true life “which is what is in front of the camera”.

"It is endearing that the Lucie is linked to this city, where I started cleaning tables in a restaurant in Soho", while making his way in the graphics, he comments in the talk prior to grabbing the statuette.

It was a decade before, at the age of 40, he became the photographer of models and actresses and his portraits created a school, the media disputed him and his creations were exhibited as works of art in the great centers.

"More than an art, I consider photography a craft," he maintains. Craftsmanship, he clarifies, in the sense that he has always carried out his work to order, “and I have tried to translate that into photographic language, like the carpenter from my town who made a table, caressed it and wanted the family to enjoy it. I had asked for it."

All his training as an illustrator, he understands now, was the route to find the passion that is needed to live. “I like being late to photography because I never made the concessions that I made in graphic design,” he notes.

He never considered forging a lexicon, but when observing his images regrouped in exhibitions and books, he understood that there was a personal style.

He identifies with "renewed classicism, elegance, sobriety, without histrionic excesses." And he adds that he is an author of “quiet photographs”.

He says that he is not "a mythomaniac of the cameras, I do not worship them". But he has changed the view of him. “When he started – he confesses – I told myself that it was easy, that everything was done by the camera. Later I found that it was not. He makes it how you look through the camera.”

This is the Outumuro touch or a particular way of aiming.