Tree without manger in Parliament

The Anglo-Saxon culture, with its Protestant roots, gradually prevailed over the Catholic tradition. 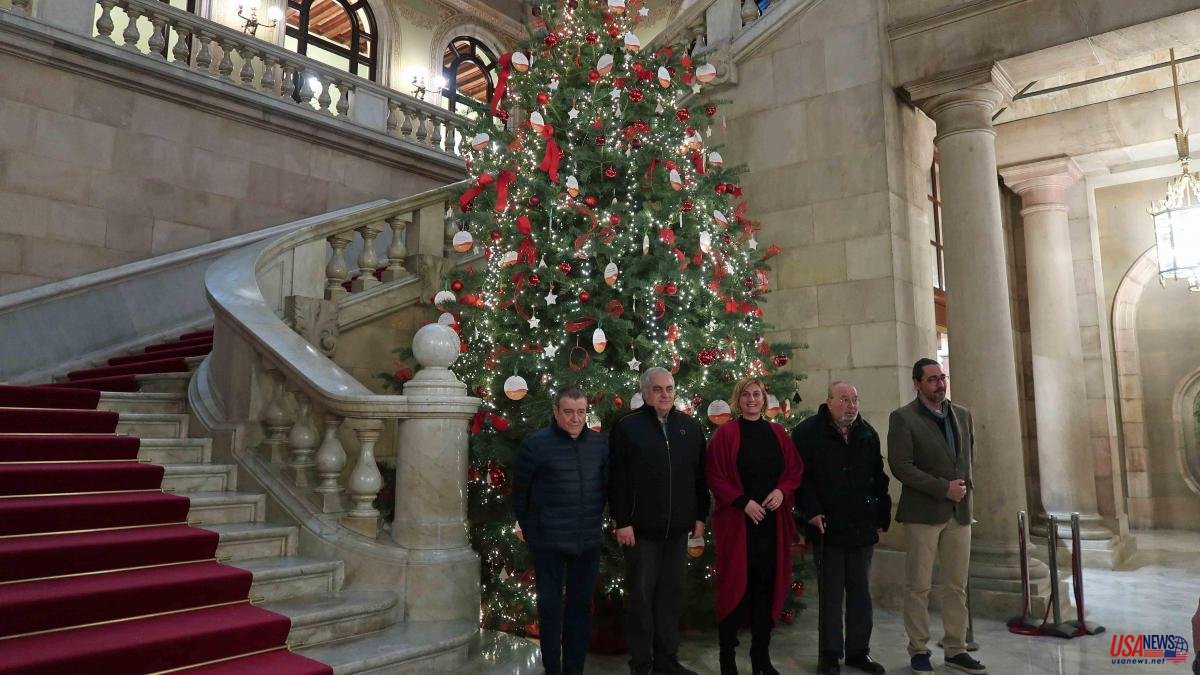 The Anglo-Saxon culture, with its Protestant roots, gradually prevailed over the Catholic tradition. In many homes, the Three Wise Men give way to Santa Claus and the humble manger succumbs to the imposing Christmas tree, whose lights are more fascinating to the child's gaze than the ox and the mule next to the Holy Family.

This year there has been controversy in the Parliament of Catalonia, where, unlike what happened last Christmas, when Laura Borràs presided over the Chamber, the Board has decided not to put a manger and install a tree as the only decoration. In fact, last year it was the only one in which there was a tree and a manger, and it was Borràs herself who made the decision and communicated it to the other members of the Board.

A giant fir tree from Espinelves (Osona) was then placed inside the palace of the Ciutadella -as it is now-, at the foot of the noble staircase, and a nativity scene donated by the Catalan Federation of Pessebrists and the Pessebrista Group of Castellar was set up del Vallès, who were received in audience by the president.

A year later, the Republican Alba Vergés, acting vice president after the suspension of Borràs as a deputy, wanted to share the decision with her colleagues in the governing body, and it was decided not to place a birth, for the sake of the secularism of the institution . In this spirit, it was considered more suitable for the carol chosen to celebrate the holidays to speak of good wishes for the new year and not of the birth of Jesus in Bethlehem. Just like the greeting card, which is not exactly a Christmas, but an illustration that expresses the hope that 2023 will be prosperous.

According to parliamentary sources, the decision not to put a nativity scene had to be put to a vote, but was adopted unanimously by the six members of the Board after a conversation that prolonged the weekly meeting longer than expected and in which all, finally, they agreed. Although, at first, Vergés and the socialist Assumpta Escarp had defended the tradition against Ruben Wagensberg (ERC), Aurora Madaula (Junts) and Ferran Pedret (PSC), who opted for a more "neutral" solution and, his judgment, of minor religious connotations.

In statements to Ser Catalunya, the mangers criticized the decision and said that the institution turns its back on them. "We regret that the Parliament is not together with the popular culture and cultural heritage of our country," they say from the entity.

Borràs, president of Junts, also complained, who yesterday stressed on Twitter that during her time at the head of Parliament the initiative was taken for the first time, while the former president of the Generalitat Quim Torra, close to the leader, seconded him, describing it as "pathetic" the decision to put the tree and omit the birth.

"If we are talking nonsense, a 'Christmas' tree by definition is as unsecular as a manger," ironized the former president, who sarcastically suggested that the next step be "to approve the change of name to 'Holiday tree' of winter'". "That they put the manger back and don't forget the tió," Torra claimed.

Last year, however, this matter was not without controversy either, because the tree became a political battlefield. Borràs received criticism for implying that he had received a decorative element from the White House and the President of the United States, when it was a Christmas greeting to the Parliament from the consulate in Barcelona.

The CUP, for its part, included a message in the tree after the disqualification sentence of the anti-capitalist Pau Juvillà, who ultimately lost the seat, and Vox was in charge of removing the message and publicizing its action.

The decision to install the nativity scene or the tree is not the only one that Borràs adopted during his presidency to promote Catalan traditions and popular culture. For Sant Jordi, for example, during the two years that she directed the institution, the Catalan Federation of Catifaires made a carpet of flowers like those that are also seen for Corpus Christi in the streets of some Catalan municipalities.