Treasury registers the budget: record income, pensions at 8.5% and 2,500 million more to Defense

The general budgets for 2023 have already been registered in Congress. 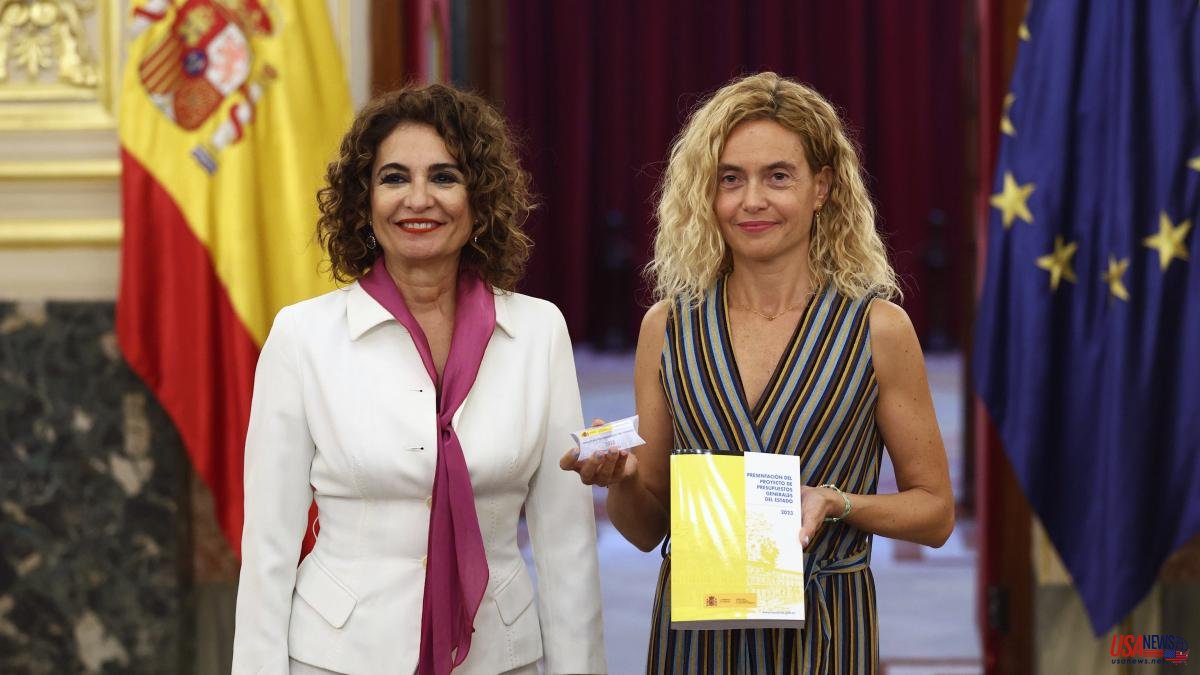 The general budgets for 2023 have already been registered in Congress. The public accounts with the highest social spending in history and with a record collection now begin their parliamentary process with the aim of entering into force on January 1. Negotiations are now beginning with the partners, who are going to try to wrest from the Treasury and the PSOE some of the measures that were left out of the coalition agreement, such as linking their support to the housing law. They are public accounts that seek to combat the "main challenge" that the Government faces: combating inflation.

Economic growth, the positive evolution, although reduced to 2.1%, of nominal GDP in a context of uncertainty, job creation, which is slowing down, yes, or the positive impact of the new tax measures, such as the future levy on financial and energy entities, are factors that will contribute to improving collection. In this way, the 2023 budgets contemplate that non-financial income will rise by 6 percent in 2023, going from 290,023 million euros to 307,445 million.

This represents an expected growth of 7.7 percent compared to the collection at the end of 2022. Personal income tax will rise by 113,123 million and VAT will reach the figure of 86,093 million.

The social spending of the budgets with which the coalition government will present itself to the electoral marathon will also be a record. The objective is to try to shield the most vulnerable, both individuals and companies. In this way, these items grew by 10.5%, to 274,445 million euros. "These budgets are an antidote to uncertainty and a vaccine to combat populism", proclaimed the Minister of Finance, María Jesús Montero.

One of the most important items is dedicated to pensions, which will be revalued according to the CPI. The estimate is that the rise will be around 8.5%. In this way, in the public accounts it is contemplated that the item for pensions will grow by 11.4%. Likewise, the so-called "pension piggy bank" will be increased for the first time after thirteen years, with a contribution from the State to the Reserve Fund of 2,957 million, from the Intergenerational Equity Mechanism. The salary of public employees will also increase by 3.5%, complying with the agreement sealed last week.

Other important social items have to do with the minimum vital income, which will also be revalued by around 8.5%. The Iprem, the index with which benefits are calculated, rises 3.6 points, reaching 600 euros per month. And there will be a reinforcement of the policies to combat gender violence, which will increase by 51 million, and to protect families, with a specific law that will be approved soon, which will be endowed with 199 million.

The unemployment benefit also improves, so that the amount from the seventh month goes from 50 to 60% of the regulatory base, as agreed by the coalition partners. There will also be a significant increase in the item dedicated to dependency, which will grow by 600 million next year. In this legislature it has increased by 152%.

Education policies receive special reinforcement. There will be a new study aid for extraordinary needs, with a total expenditure of 200 million, aimed at students who have to move. 136 million will also be invested to extend the first cycle of publicly owned children's education and a reinforcement in the endowment to combat bullying of up to 20 million.

Health will have a boost, increasing the game by 6.7%, to 7.49 million. Likewise, 500 million will be transferred to the autonomous communities to improve primary care and to promote mental health plans. The fourth dose of the vaccines takes an expense of 1,100 million.

The housing policy will be reinforced with 1,600 million for the construction of social rental housing in energy efficient buildings and with the extension of the youth rental bonus, at a cost of 200 million.

One of the most important novelties of the 2023 budgets is the extension of aid for transport subscriptions. 698 million will be allocated, 26% more, with the star measure, which is going to become a cross-cutting policy, of maintaining free transport passes for Cercanías and medium-distance trains. The cultural bonus is also renewed, with an allocation of 210 million, and a total amount for youth policies of 12,741 million, 13% more.

The 2023 budgets incorporate an increase in defense spending of 2,500 million, 25%, concentrated in special weapons programs that aim to boost the national military industry. The Minister of Finance has spoken of companies such as Airbus, Navantia or Indra. Likewise, the Government budgets an expense of 145 million for the rotating Presidency of the EU, in the second half of next year.