Transport studies that the new rental contracts may come up against 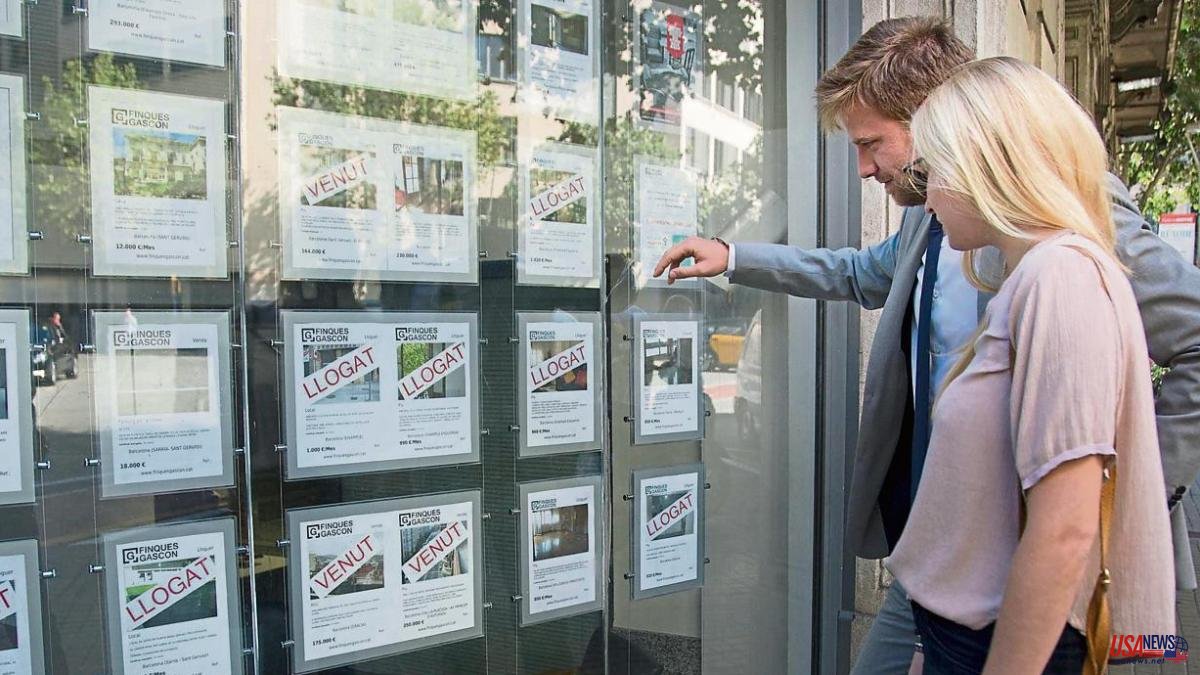 The Housing law faces an important week. For some parliamentary group, decisive. The Ministry of Transport, Mobility and the Urban Agenda already has a draft to submit to a vote in Congress this month of January, if an agreement is reached, with some important modifications to the bill that came out of the Council of Ministers in February 2022. , such as the prohibition of evictions for vulnerable families. But there is still a major stumbling block, which affects the limitation of rents for the new contracts that are signed. Therein lies the main difference that is going to try to be solved in a meeting with several parties in the chamber.

Transport, the proponent ministry of the norm, has summoned the main partners of the Government to this appointment. The objective is to close an agreement with the technical managers of the department before raising the standard to Minister Raquel Sánchez. The forecast is that David Lucas, general secretary of the Urban Agenda and Housing, and Javier Martín, general director of Housing and Land, will participate in this summit. On the other side of the table will sit ERC and EH Bildu, essential parties so that the bill approved a year ago does not decline.

January is the month. There is a certain rush on both sides to close an agreement before facing, some parties and others, the campaign for regional and municipal elections. So there is a time problem. But everything can go to waste because the partners of the Government have already proclaimed that they prefer that the first state housing regulation of democracy is not approved than that "a bad law" is born.

The main aspect where there is no agreement is in the extension of the intervention of rents in the new contracts. For ERC and EH Bildu it is an essential article that should be incorporated into the law. And Transportes is studying whether to extend said price limitation, always in areas with a stressed market. In other words, the central point is found in the legal possibility of offering communities and town halls the possibility of capping or lowering rents in the event of new agreements to rent a home or premises.

Government partners argue that owners could take advantage of the fact that not all rentals would be regulated to withdraw a home from the market and then incorporate it with a price increase. There is some option so that said regulation in the new contracts affects only large homeowners, but the members of the Executive are pressing for the measure to include small ones. Socialist sources limit themselves to acknowledging that they are "studying formulas" to reach an agreement as soon as possible.

Regarding the rental contracts in force, the Government and partners have accepted that in the case of small owners, prices are frozen and, in the case of large holders, from ten properties (this figure is also under review ), can be lowered to a benchmark. The IRPF bonuses, which can reach 90% for the most modest owners due to voluntary price reductions, remain intact.

Where the negotiation is practically closed is in prohibiting any eviction without a housing alternative that affects a family in a vulnerable situation. In this case, the administrations will be obliged to offer this alternative housing to those affected by the uprising. The main government party also accepts a reduction in the vacatio legis of the Housing law from the 18 months set today. And progress is also being made in formulas to define which part assumes the commission charged by real estate agents.

For ERC, the housing law is essential to be able to establish a state legal framework that protects the regional norm in force in Catalonia and which was appealed by the Government before the TC, although it did not request the precautionary suspension. It is a rule that, in practice, is in limbo because it is awaiting the decision of the Constitutional Court.

The negotiation faces its final stretch while the large homeowners warn to go to court to demand patrimonial responsibilities for a law that, if it ends up coming into force, they understand that it harms individuals. Asval, the employers' association led by Joan Clos, former socialist minister and former mayor of Barcelona, ​​is the main spearhead against the norm. In the negotiations between parliamentary groups, it has been cited that the threat of going to court by this association is one of the reasons why Transport seeks to shield the regulations.