Towards the self-determination of Catalonia

President Sánchez has announced the reform of the Penal Code to eliminate the crime of sedition at the proposal of the PSOE and Podemos parliamentary groups, to circumvent the request for mandatory reports to the Council of State and the General Council of the Judiciary. 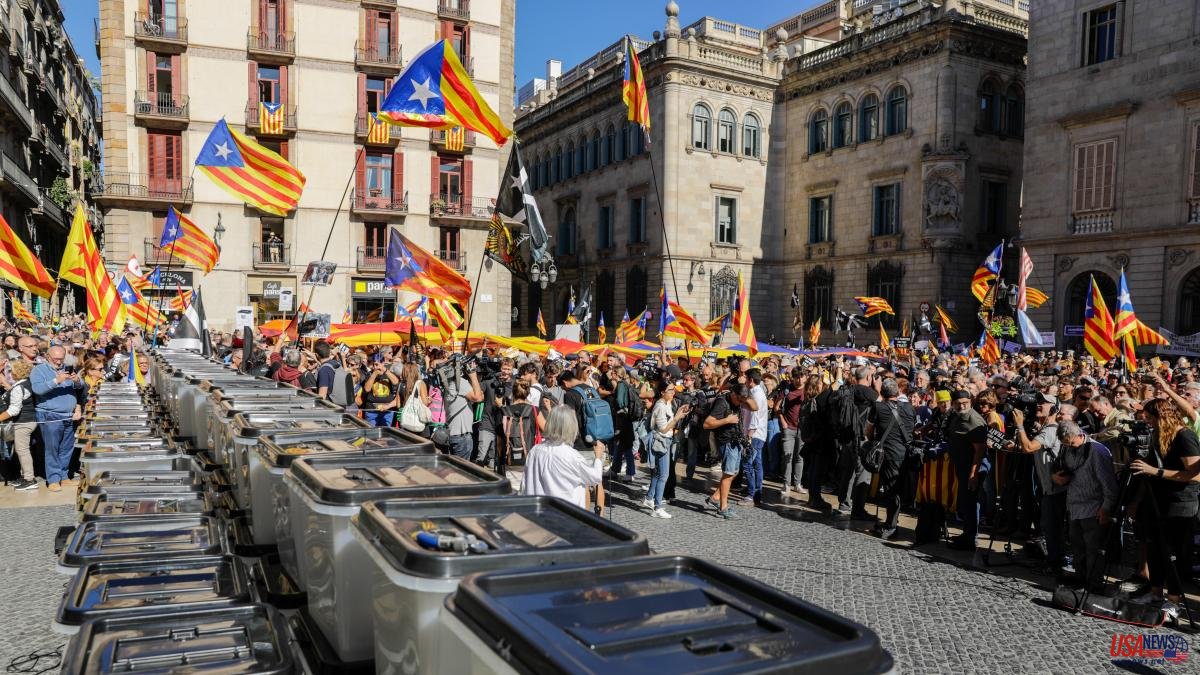 President Sánchez has announced the reform of the Penal Code to eliminate the crime of sedition at the proposal of the PSOE and Podemos parliamentary groups, to circumvent the request for mandatory reports to the Council of State and the General Council of the Judiciary. "It will be an initiative that will help ease the situation in Catalonia", he said; and "I understand that there are Spaniards who will have doubts", he added. The crime of sedition punishable by up to 15 years and applied to the leaders of the process (13 years) will thus disappear, to be replaced by that of aggravated public disorder, punishable by up to five years. Which reduces the penalties applicable to fugitive leaders and the disqualification of those pardoned. In addition, the Spanish Government supports, at the request of Esquerra, a reform to reduce embezzlement when the direct enrichment of the convicted is not proven. This eases the only crime that still affects those convicted by the process, speeding up the return to politics of Oriol Junqueras.

The reaction in Catalonia has been positive, although President Aragonès has considered it only a step, which is why other steps will need to be taken to de-judicialize the Catalan political conflict. "With the repeal of sedition, it is more difficult to arbitrarily pursue independence", he celebrated. And he added that "we will continue working to build new agreements that contribute to achieving the complete de-judicialization of the conflict", making it clear that this reform is the result of an agreement between the PSOE-PSC and ERC.

The joy of Esquerra is logical: it has fully triumphed, because its essential claims are two - amnesty and self-determination - and it has achieved the first, even if it is obliquely. In law, what is not effects is literature, and the combined effects of pardons (which I thought expedient in my day), the suppression of sedition, and the downward reform of embezzlement, come so near to amnesty, which are almost equivalent to it. Therefore, it is time to move towards another goal: self-determination. Because many things can be attributed to pro-independence people, but they cannot hide what they want above all: a referendum on self-determination. Can they get it? Yes. How? let's see

The outcome of the next general elections will be decisive. If a result similar to the current one is repeated, Sánchez will form a new coalition government with the radical left and the parliamentary support of the independentists and the Taifas. Sánchez is a good tactician, with an extreme coldness, hardness and lightness put at the service of a project that is not exhausted in the personal (retaining power), but connects with the temperament of a large part of young people, clean of the transition, who sentimentally are very far from it and bet on a profound constitutional change.

It's the new left. It is another PSOE. Be that as it may, then the hour of truth will have arrived. The independentists, already "amnestied", will demand self-determination and Sánchez will agree with them on a referendum. Only God knows the result of the consultation, but it will in any case mean the end of Spain as the historical entity and the political project we know today. What had to happen will have happened: the alliance of the socialists with the pro-independence parties, founded in the thirties of the last century with the Pact of Sant Sebastià, will have deployed all its strength. There is no nation or state that can resist an independence attack if the left assumes it.

It will be difficult to consolidate a plural Spain conceived as an area of ​​solidarity defined by geography and history. It is true that there are many causes and several people responsible that have contributed to this end, but it will be the left that will consume it, understanding now - according to its intelligence - that in the fall of 2017 there was only one crisis constitutional in which both independenceists and the central government acted with an identical disregard for democracy, so the pardon and penal reforms now only correct the grave mistakes of the time. We are passing the point of no return, but, as so often in history, contemporaries do not realize it.