Tourism faces new strikes and its recovery is at stake

The labor crisis in the airlines does not let up and puts even more pressure on the tourism industry, which this summer is playing its recovery after two pandemic exercises. 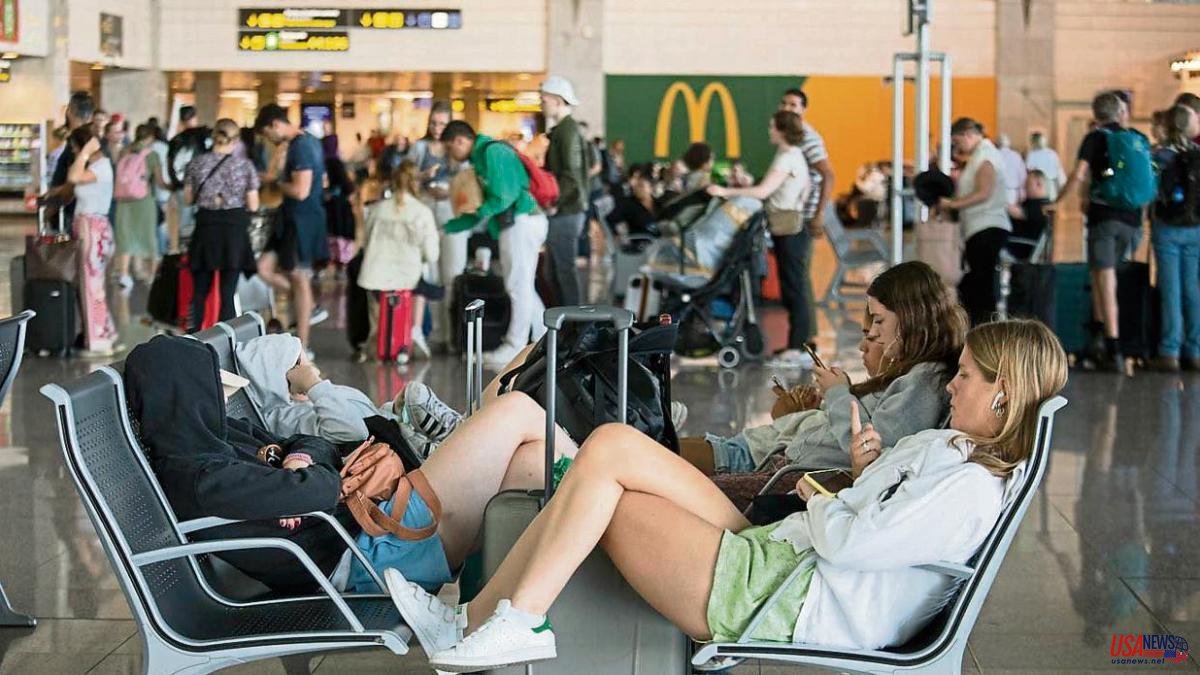 The labor crisis in the airlines does not let up and puts even more pressure on the tourism industry, which this summer is playing its recovery after two pandemic exercises. To the difficulties to find workers in hotels and restaurants, the conflicts in several European airlines and airports are added. In Spain, the cabin crew unions chain several days of strikes at Ryanair and recently also at EasyJet, with a moderate impact at the moment. But now, when July starts and with a great peak in demand, they announce new mobilizations.

USO and Scitpla explained yesterday that they are preparing another round of twelve stoppages at Ryanair this month. Specifically, for July 12, 13, 14, 15, 18, 19, 20, 21, 25, 26, 27 and 28, which will be added to the EasyJet strikes for the next two weekends in all airline bases in the country. In both cases, the convening unions demand salary improvements from the companies and to be interlocutors in the negotiation of two collective agreements. For their part, the airlines lament that the demands of these unions are unaffordable –Ryanair assures that USO is asking for “160% salary increases”– and accuse them of having broken off the negotiations.

The labor conflict comes amid great tension in the European airline sector that threatens to cloud a summer season with very good prospects for demand despite the rise in the prices of airline tickets and hotels.

The general secretary of USO at Ryanair, Lidia Arasanz, affirmed yesterday that the six days of strike called until Saturday caused the cancellation of 215 flights originating in or in Spain and more than 1,200 delays throughout the country. This is a small impact if all the flights scheduled in Spain for low cost on those days are taken into account – between 2% and 3% of cancellations depending on the date. But although the relative figure is small, each of the suspended or delayed flights affects dozens and dozens of passengers at the beginning of their vacations, with the consequent inconveniences in arriving at hotels or connecting with other flights.

This Saturday Ryanair had to suspend 16 operations with departure or arrival at Spanish airports and delay 281 of them, according to USO. As for EasyJet, it suspended nine flights and delayed 85. Malaga, El Prat and Palma were the airports most affected by the strikes yesterday. The day of protest continues this Sunday at EasyJet, but not at Ryanair.

The conflicts in the air sector in a key summer season are not limited only to Spain. In fact, the problems are even greater at other major European airports, such as Heathrow in London or Amsterdam. Also at Charles de Gaulle, in Paris, where yesterday the airlines were forced to cancel one of every five flights between 7 a.m. and 2 p.m. due to the firefighters' strike at the facility. No incidents are expected in Paris this Sunday.

The air sector works as a network and that is why what happens at each of the airports is relevant. Problems from one place move to another. All this, just when the tourism sector is coming out of the covid crisis, which has caused billionaire losses, especially to airlines. At least for now, it does not seem that these first problems are undermining the desire to travel and demand remains despite the rise in ticket and hotel prices. Of course, it seems that travelers will have to arm themselves with patience to enjoy the holidays.