Tour of Spain 2022 | Profile, route and schedule of Stage 18 between Trujillo and Alto de Piornal

The Tour of Spain 2022 enters its final stretch. 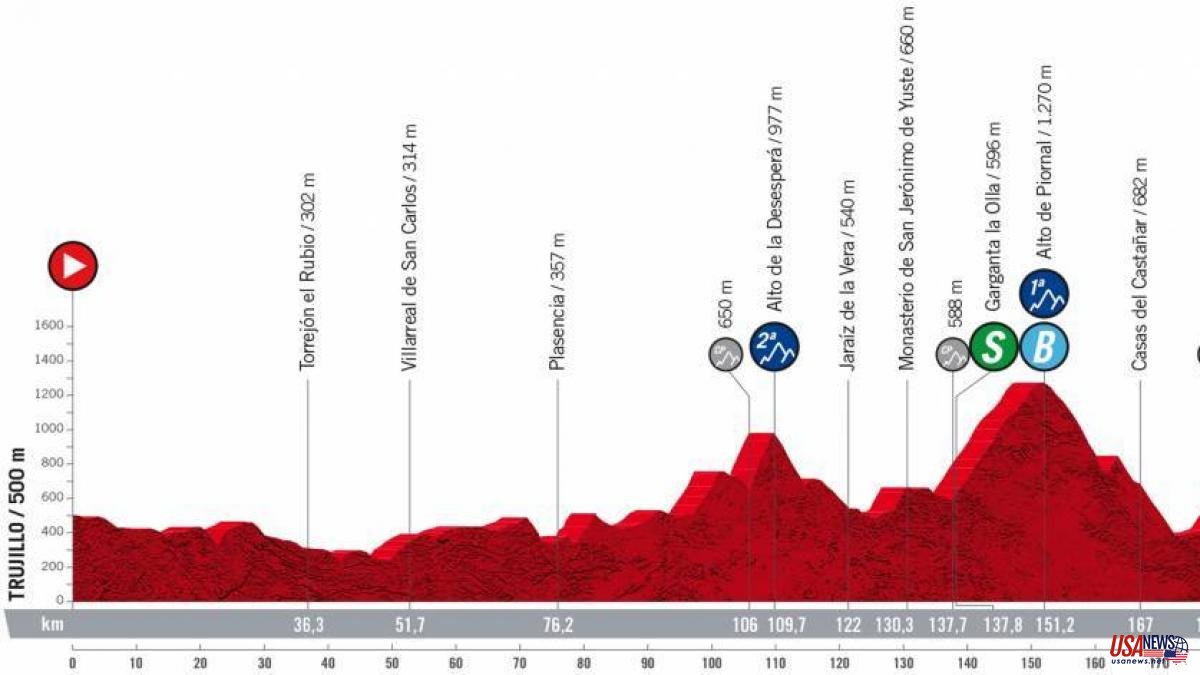 The Tour of Spain 2022 enters its final stretch. This Thursday, September 8, the cyclists will face Stage 18, a 192-kilometer mountain route between Trujillo and Alto de Piornal.

The route will not be easy, especially in its final part. In the second half, the climbs will begin. Then, a second ascent through the Yuste Monastery and a third through the Jerte Valley. A day for the teams to battle in the general classification.

On the last day of competition, Rigoberto Urán beat Quentin Pacher and Jesús Herrada in an exciting sprint. While the leader of the general classification, Remco Evenepoel, maintains his advantage and closes in on his first title of one of the three big stage races.

The race can be seen live on Teledeporte and Eurosport. It can also be followed through the La Vanguardia website.