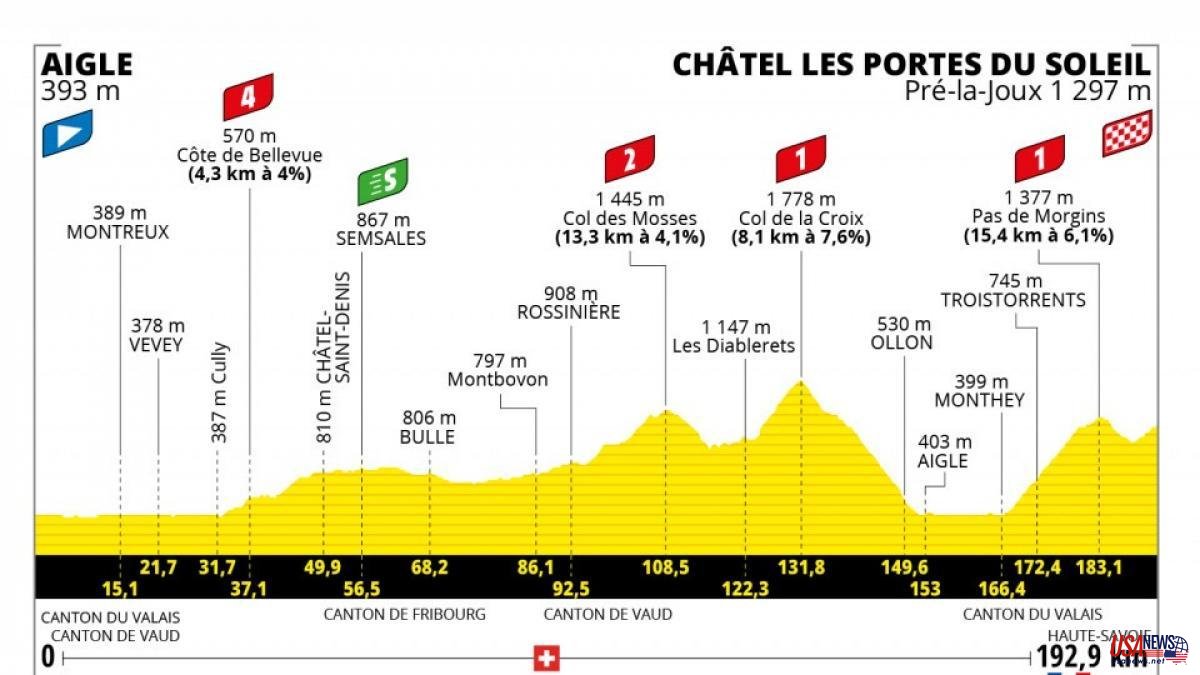 The ninth day of the 2022 Tour de France. Aigle will be the starting point for stage 8 of the competition and the finish line will be located at Châtel Les Portes Du Soleil. In total, the cyclists will cover 192.9 kilometers and will face the third mountain stage, with four ports.

The ninth stage of the Tour de France will take place this Sunday, July 10, starting at 1:05 p.m. The cyclists will cover a total of 192.9 kilometers between Aigle and Châtel Les Portes Du Soleil. The 21 stages can be seen live on Teledeporte and RTVE Play, with narration by Carlos de Andrés and comments by former cyclist Perico Delgado. The competition can also be followed by DAZN, Eurosport and La Vanguardia.