This Wednesday, July 13, the Tour cyclists return to the road to compete in the eleventh stage of the Tour de France. 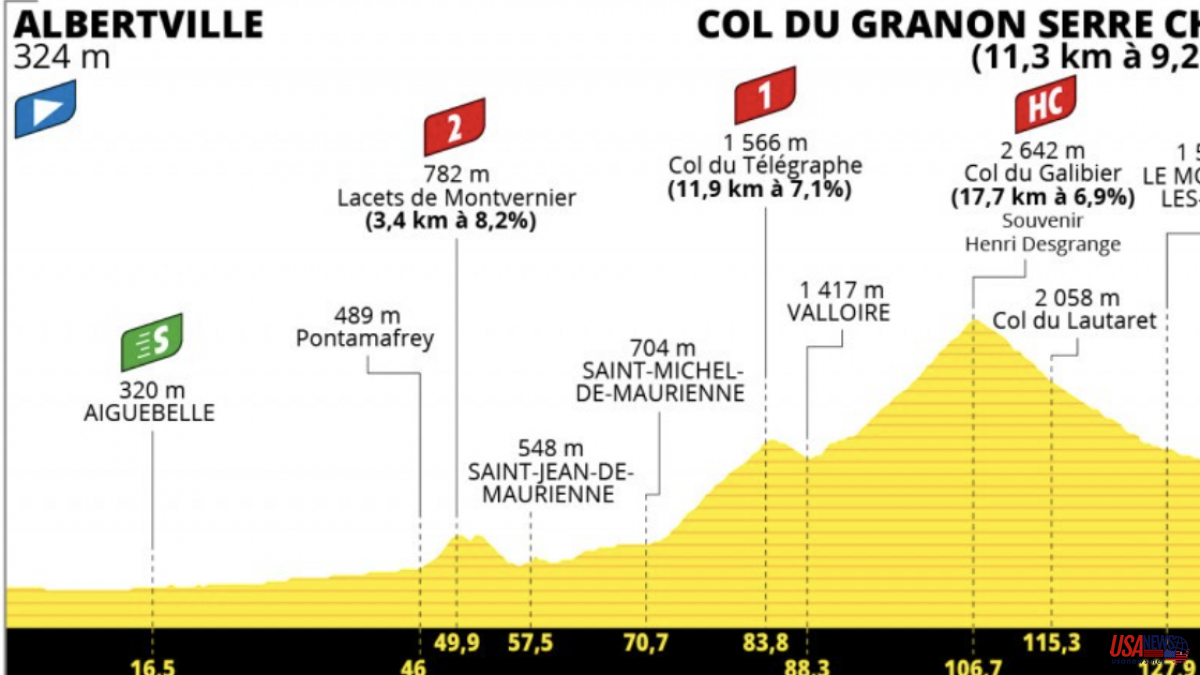 This Wednesday, July 13, the Tour cyclists return to the road to compete in the eleventh stage of the Tour de France. Albertville will be the starting point for stage 11 of the competition and the finish line will be located at Col Du Granon Serre Chevalier. In total, the cyclists will travel 151.7 kilometers.

The eleventh stage of the Tour de France will take place this Wednesday, July 13, starting at 12:15 p.m. The cyclists will cover a total of 151.7 kilometers between Albertville and Col Du Granon Serre Chevalier. The 21 stages can be seen live on Teledeporte and RTVE Play, with narration by Carlos de Andrés and comments by former cyclist Perico Delgado. The competition can also be followed by DAZN, Eurosport and La Vanguardia.