Tottenham takes first place with a goal in the 95th minute

It could not be otherwise. 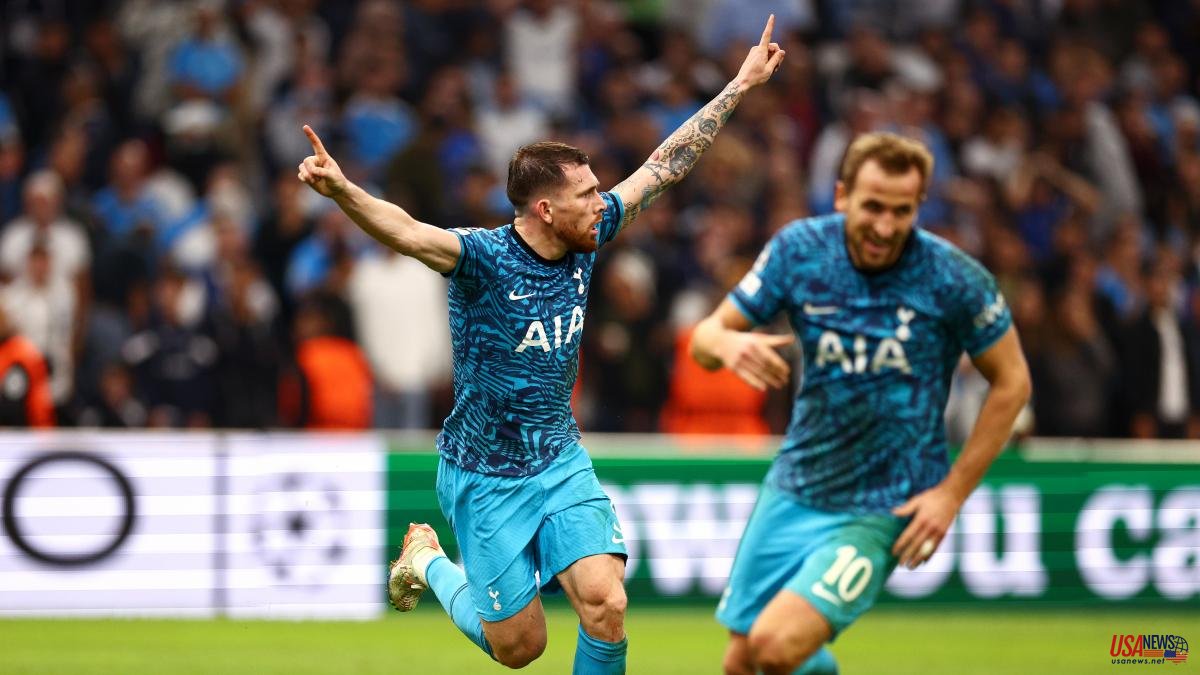 It could not be otherwise. Group D of this Champions League, one of the closest in the entire history of the competition, with the four teams with real chances of qualifying for the round of 16, was not decided until the last minute of the last game. It was at the Velodrome de Marseille, where Olympique was knocked out of Europe because of Hojbjerg's goal in 95, which in turn gave Tottenham first place in the group (1-2) and relegated Eintracht Frankfurt to second place on a hectic night.

Marseille, received before the duel by thousands of fans with flares leaving some uninspiring images, began the night as the last of the group and finished it the same, but for a few minutes they dreamed of qualifying for the round of 16. Those that happened between Mbemba's great goal and Tottenham's tie, the work of former Barça player Lenglet with a great header. From then until the end, the Marseillais played with the score of the other game, Sporting's defeat against Eintracht, to secure the Europa League, but Hojbjerg's goal left them with nothing.

Despite the final second place, Eintracht was another of the winners of the night, coming from behind in Lisbon and signing a victory (1-2) that guaranteed a place in the last 16 of the continental competition for the first time since 1960, there is nothing.

In group A, an opposite scenario was experienced, with emotion at subterranean levels. Liverpool defeated Napoli (2-0), but fell far short of the win they needed to take first place. And Ajax tied the Europa League with their victory in Glasgow (1-3).