The Superior Court of Justice of Catalonia (TSJC) has summoned this Wednesday at 10 a. 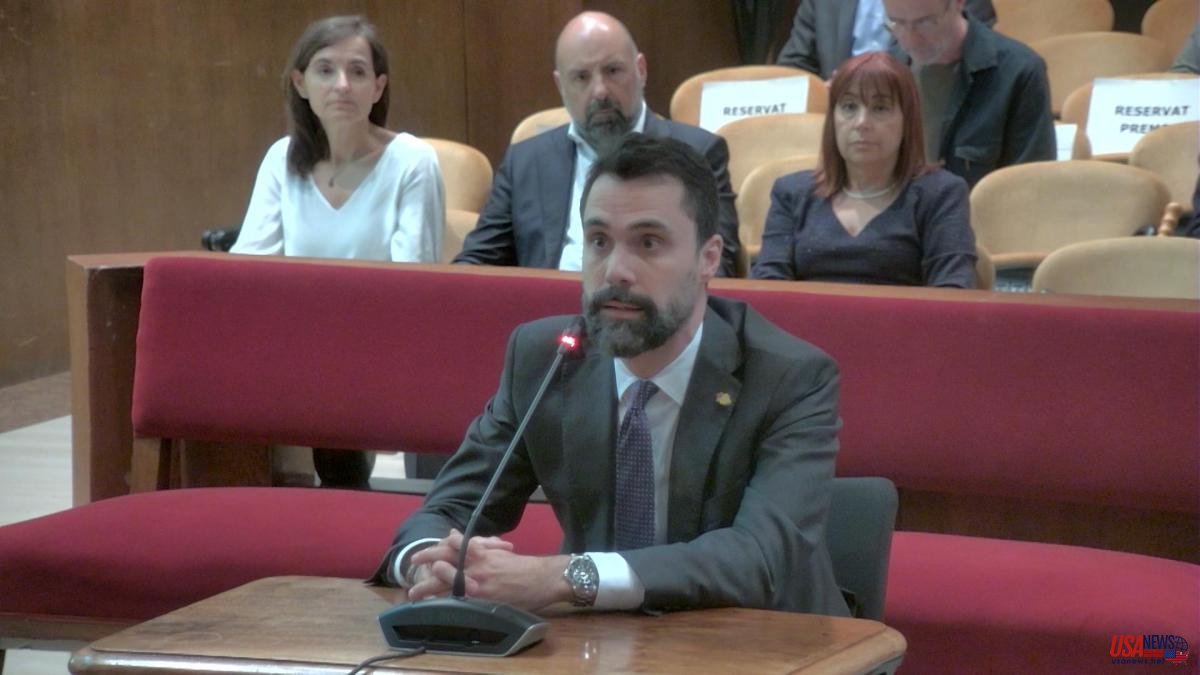 The Superior Court of Justice of Catalonia (TSJC) has summoned this Wednesday at 10 a.m. the Minister of Business and Labor, Roger Torrent, and the rest of the pro-independence members of the Parliamentary Committee of the last legislature so that they know the judgment of the trial that took place at the beginning of October, in which they were tried for an alleged crime of disobedience by allowing the processing of sovereignist resolutions and disapproval of the monarchy against what was established by the Constitutional Court.

Together with the former president of Parliament, from Esquerra, Josep Costa and Eusebi Campdepadròs, from Junts per Catalunya and the republican Adriana Delgado were also tried. The Prosecutor's Office requested for all of them a penalty of up to one year and eight months of disqualification and a fine of 30,000 euros.

Once the oral hearing started, Costa, who defended himself, planted the court after participating in the previous questions and requesting the annulment of the process. The rest of the defendants, led by Torrent, who only answered questions from his defense, argued that no debate in Parliament can be prohibited.

Some members of the Catalan high court were removed from that trial after being challenged, including its president, Jesús María Barrientos, who normally presides over trials in the TSJC. The recusal of magistrate Carlos Ramos was also upheld.

The circumstance arises that the Catalan high court must repeat the trial of the members of the Bureau of the legislature of October 1 –Lluís Corominas, Anna Simó, Ramona Barrufet and Lluís Guinó–, as ruled by the Supreme Court last week last, due to the lack of impartiality of the togados, because both Ramos and Barrientos had anticipated the meaning of the sentence in some cars in the investigation phase.

In this case, relating to the last legislature, Barrientos was challenged at the request of Costa because in 2018 Barrientos, as president of the TSJC, abandoned an act as a sign of protest in which the then president of the Parliament, Torrent, intervened, because he had referred to "political prisoners" by those imprisoned in the process. His recusal was unanimously accepted.

The second challenge was also raised by the former first vice president of the Board and former Junts deputy at the beginning of August after being rejected at first. Costa Este emphasized that the party that proposed Carlos Ramos to occupy a position in the TSJC was the PSC, the same one that currently rules the central government and that urged the Constitutional requirements against the Table that ended with the complaint and subsequent judicial investigation.

Barrientos must also preside over the trial of the suspended president of the Catalan Chamber, Laura Borràs, on February 10, but has been challenged by the defense of the also president of JxCat, in charge of the criminal Gonzalo Boye.