He spent two years waiting for the right conditions to return to be able to release Top Gun: Maverick, the continuation of the story that Tony Scott began more than 35 years ago and that promises to revive the cinematographic exhibition around the world in the coming days. 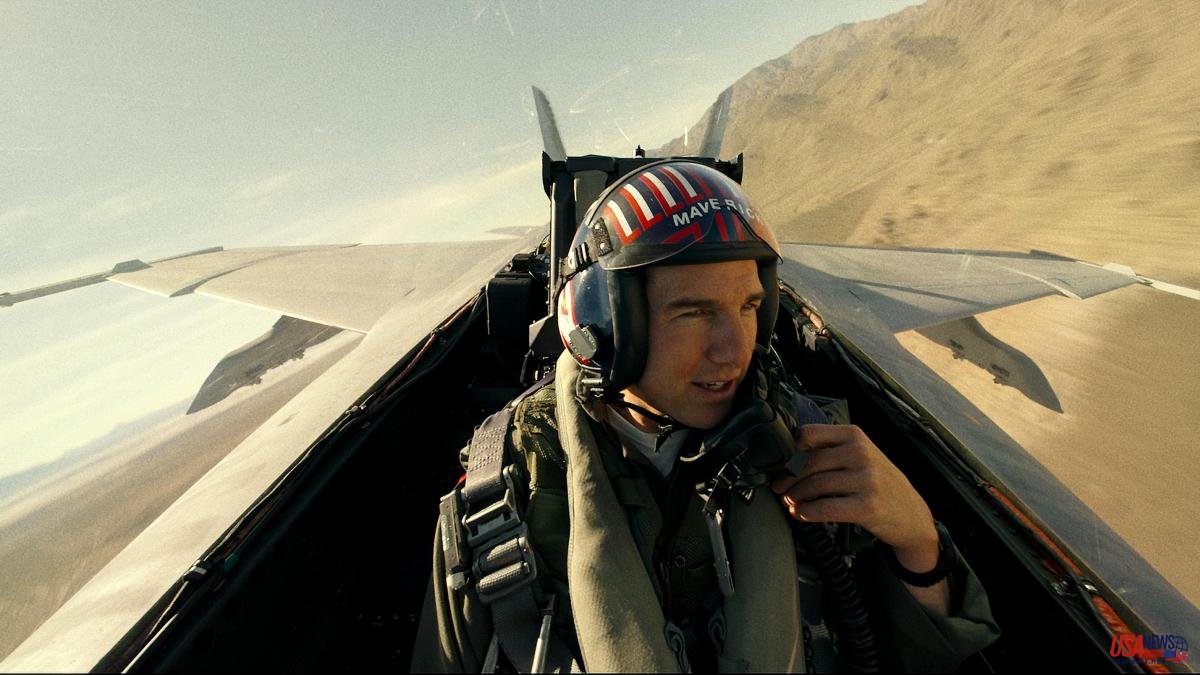 He spent two years waiting for the right conditions to return to be able to release Top Gun: Maverick, the continuation of the story that Tony Scott began more than 35 years ago and that promises to revive the cinematographic exhibition around the world in the coming days. After having directed Tom Cruise in Oblivion, Joseph Kosinski was chosen to accompany the last great Hollywood star in his return to the role that he finished consecrating.

In Top Gun: Maverick he has to please the audience who saw the first film in 1986 and also the young people who don't know him...

Tom described the goal of this project as having to hit bullet with bullet, so we knew the expectations were high and we weren't going to stop until the movie was perfect. Just what we asked ourselves was: what is the history of Maverick? what do we like about Top Gun? People have always talked about the aerial sequences and the volleyball game scene, but I think it's essentially a story about friendship and sacrifice. One always thinks of this group of Top Gun as partners who always have their backs. And that is our story. It's a rite of passage for Maverick. It's at a different time in his life, but that connection he had with Goose in the first film is still important and is also the axis of our story.

What was your biggest concern when it came to making sure the film turned out well?

Absolutely everything. In a way, the aerial sequences were something completely different but required the same effort. We put as much work into the scenes between Maverick and Penny or Maverick and Rooster as we did into the aerial battle in act three.

He is a bit like Maverick, every day he is trying to go a little further. And he with that attitude inspired the whole team. All the other actors saw his work ethic, his passion, his knowledge of filmmaking and how he has learned from his mistakes in the past so that he can give advice today.

Why did you choose to do stunts and not take advantage of digital effects that didn't exist in 1985?

I knew that Tom was capable of doing whatever it took for this film. But also the requirement was that the film be as realistic as possible. So he knew that one of the fundamental parts was that it had to be filmed this way. I had seen YouTube videos of Navy pilots putting GoPro cameras in the cockpit and filming their training. And although they had simply done it with a GoPro and uploaded it to the internet, what it looked like was spectacular. It was better than anything I had seen in the movies in terms of aerial shots. I showed it to Tom and told him that it was available for free on the internet. I explained to him that if we couldn't get over it, there was no point in making this movie. He agreed and basically started a 15-month process to see how we could put a movie camera in the cockpit. And that was what we did. We put 6 IMAX cameras in the cockpits of these planes, working very closely with the Navy to do that. I knew that Tom was going to be able to do anything we put to him, but the challenge was to see if the other actors were also capable of doing it. So it was that Tom designed an ambitious program to train the actors for what they would have to do next.

How was working with the Navy?

When Jerry made the first Top Gun, he didn't have much support from the Navy at first. But then he found a way to do it so he could make the movie. On the other hand, for Top Gun: Maverick, when we went to see the Marina, they opened the doors wide for us and asked us what we needed. For example, when we were looking for a location to shoot the first sequence with the experimental plane, we went to the China Lake naval base, which is relatively hidden because they develop a lot of secret things there. When I was there looking they told me to take pictures of everything I wanted except for a building that was on a corner. And logically that hangar surrounded by barbed wire was what interested me. I told them that this was the location we were looking for and they told me that it was absolutely impossible to use it. A couple of weeks later they told me that I could use the hangar and that they were going to move whatever was stored there. And so it was that we managed to film that sequence in a very special place. We then developed that plane with Skunk Works, which is a division of Lockheed Martin that does similar projects. That level of access and cooperation was the norm in this movie, compared to how things were with the first Top Gun.

Did they include a female pilot in the group to reflect how things are today in the Navy?

Yes, and those who piloted Monica's plane in the film were women, it's not that it's pure fiction. We have a group of amazing aviators. It was important to us that the Navy seen in history reflected the actual Navy of today. We worked hard to include a very diverse group of faces in the film. And obviously I was very impressed with the professionalism of these Top Gun pilots. What we were doing was spectacular and it seems very dangerous, but we knew that these actors were flying with the best pilots in the world. It was a true honor and a pleasure to work with all of them.